B.C.’s NDP government is restoring funding for adult basic education and English Language Learning programs in the province, fulfilling a campaign promise for both the New Democratic and Green parties.

“Adult basic education for all of us should be free, should be a right, and we’re going to follow through on that commitment.”

The cost will be outlined in a September budget update, Horgan added, and any students who have already paid for fall courses would receive a refund.

Horgan also reiterated his government’s plans to fulfill another campaign promise of removing interest from the provincial portion of B.C. student loans, as well as introducing completion grants for graduating students.

“Adult basic education [and] English language training are now available to everyone, as they always should have been, and as I’m hopeful they always will be.”

At today’s press conference Camosun graduate Lorena Alvarez, originally from Mexico, spoke about the value of the programs.

A single mom who came to Canada in 2007, Alvarez pursued an ELL certificate and then a two-year diploma in the community, family, and child studies program at the college to improve her job prospects.

Prior to the classes, her English was limited and she couldn’t find work. “I remember going to a restaurant and asking for water without ice cream,” she said with a laugh.

Beginning in 2008, B.C. fully funded adult basic education and high school and professional-level English Language Learner courses through its “Education Guarantee,” regardless of whether students had a high school diploma or not, to the tune of $1.4 million that year.

Because of the Guarantee, Alvarez didn’t have to worry about paying tuition for her English certificate, and school became a source of stability and support for her.

“I was very fortunate to have teachers who believed in me,” she said.

“I had one teacher who didn’t look [just] at my grades, he looked more at the whole picture. At that time it was very difficult for me, and my teacher would ask me always how I was doing and if I needed anything. That gave me a boost for my self-esteem, and the confidence to continue the program.”

By 2012 the Education Guarantee was costing the education ministry $8 million annually, which the government at the time blamed on too many students enrolling in courses they didn’t finish.

To cut costs, the previous Liberal government restricted the number of courses funded for adults with diplomas wanting to upgrade from 3,000 down to 32. Online courses remained free for all students, but graduated adults could be charged $425 per in-person course that wasn’t on the list of 32 paid-for courses.

Prior to the tuition changes, 18 postsecondary institutions offered adult education and academic ELL courses — required for some recent immigrants to advance to postsecondary — while the Vancouver School District had six adult-education centres, for a total of 23,700 students (not full-time equivalent) province-wide.

The following year, Vancouver issued its first ever lay-off notices for adult education teachers, citing a decreased enrollment and the need to balance a nearly $8-million budget shortfall.

In 2014, another shoe dropped. Federal funding for high school and professional-level English Language Learner courses for recent immigrants through the Canada-B.C. Immigration Agreement ended. Funding remained for lower-level ELL, which brings students up to the equivalent of pre-high school English.

The feds promised to continue funding academic ELL programs, but by institution based on an application process, not the previous lump sum given to the province.

In turn the province cobbled together $17.2 million to keep courses going until April 2015, although for some schools like Vancouver Community College, once home to the largest ELL program in Western Canada, funding would only last until the end of the fall 2014 semester.

On Dec. 5, 2014, the province announced postsecondary institutions could start charging graduated adults tuition for all ABE and ELL courses, effective Jan. 1, 2015: up to $320 per course for part-time students, and $1,600 per semester for a full course load.

The previously funded 32 courses for adult upgraders would remain funded in school districts until May 1, 2015, when districts would start charging up to $500 per course for graduated adults. The Education Ministry anticipated the changes would save it $9 million annually. 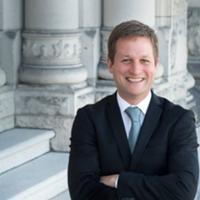 The ministry also shifted $6.9 million in university operational funds to non-refundable tuition grants for low-income students. The province ended up paying $10.3 million in grants by the end of the 2015/16 school year.

Institutions also received money to fund the transition to tuition, which Vancouver Community College used to provide its own additional tuition grants to students, after government grant cut-offs were criticized as being too low.

In the spring provincial election, both the Green and New Democratic Parties campaigned on restoring adult education and English Language Learning funding.

However, cuts continued at the Vancouver School Board level, where to make up for annual budget shortfalls and a reduced student population, only two of the six adult education centres open in 2012 will be accepting students this fall.