It's unclear if a decision by the B.C. government to allow public institutions to charge tuition for high school upgrading courses will be enough to save the English as a Second Language programs at Vancouver Community College, Western Canada's largest, which are set to close at the end of this month. 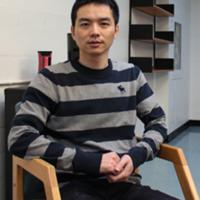 Dreams on Hold as ESL Schools Slated to Close

The closure of the programs would affect roughly 2,200 students like Gary Weng, a Taiwanese immigrant currently taking career English at the college. A former marketer, Weng needs another semester of English in order to land a marketing job in his new country.

Other students take the college's high school and professional-level ESL programs in order to enter B.C. post-secondary programs, receive accreditation for foreign post-secondary credentials, or find a professional job in their field.

Vancouver Community College is one of 17 institutions across B.C. that have lost funding for their ESL programs, and a total of 9,000 seats are expected to disappear province-wide. After these programs end between now and April 2015, there will be nowhere in B.C. for students to take high school and professional-level ESL courses.

Courses for adult students who haven't graduated from high school, or introductory courses like basic-level English, remain free of charge. For part-time students, intuitions can charge up to $320 per course. A full-time course load would cost roughly $1,600 per semester.

Previously, the federal government funded ESL programs through the Canada-BC Immigration Agreement. When that agreement expired in April, the Ministry of Advanced Education provided the 17 institutions $17.2 million in transition money. Vancouver Community College received close to $8 million, enough to keep its English programs running until Dec. 17.

When asked if the ability to charge tuition would be enough to save the college's ESL programs, an Advanced Education spokesperson said the ministry would meet with the college to discuss the tuition announcement and future sustainability of the English programs.

But Helga Mankhof, department head of one of the college's four English programs set to close this month, said that tuition alone is not enough to cover the $11-million annual cost of running the programs.

Earlier this week, Mankhof said the college would need a lot of support from government if they were to bring departments back for January.

"All I've done in [previous] six months is been in shut down-mode, dismantling my department. And so have all the departments," she said, adding the outreach department has already given away many resources to libraries and immigrant settlement agencies.

Twenty-seven English instructors took early retirement, while roughly 130 scheduled for layoffs this month began looking for other work. Marketing will also be required to bring back students, some of whom returned to their home countries when the college announced the departments were closing.

Students who can't afford tuition can apply for upfront grants to cover tuition and related costs like transportation, school supplies, and childcare. Eligibility will be based on federal student aid cut-offs. For instance, a student in a family of four would qualify for a grant if their annual household income was roughly $44,000 or less.

"They are not grants that are required to be repaid," said Education Minister Peter Fassbender, adding grants could cover up to 100 per cent of students' costs.