Trevor Flynn has had bad luck in his bid to finish his education. 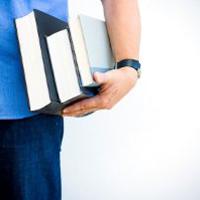 Born with spina bifida, Flynn, who grew up in Alberta, spent more than half his high school years in a hospital. He graduated, but with a conditional high school diploma that noted all the hours he missed from the classroom.

In 2009, Flynn moved to Vancouver to upgrade his education. He enrolled in Main Street Education Centre and hoped to go to nursing school someday.

However, his dream of attending nursing school may be further off than he hoped because the province plans to start charging tuition for some adult education classes.

After arriving in Vancouver, Flynn encountered health setbacks: a cancer diagnosis, followed by a workplace accident that crushed his hand. Surgery was required and the medication administered prior to the operation caused brain and spinal cord damage.

Altogether he spent four years in treatment and rehabilitation. Today, at 30, Flynn uses a wheelchair to get around.

Last year, Flynn applied to Douglas College's nursing program. It was then that he discovered his conditional high school diploma was only accepted at Alberta post-secondary institutions. He needed to upgrade his credentials to attend nursing school in B.C.

In September, Flynn returned to the Education Centre, now located at Gladstone Secondary School, for more upgrading. But assessments of his work showed that his brain injury had left him at a Grade 9 academic level.

Flynn is like most adult educations students. He's pursuing education in hopes of one day landing a better, higher paying job. He's also found that school helps his health. "My rehab team has said schooling is one of the best ways [to heal your brain] because your brain is constantly going," he said.

He pays his monthly bills with $906 in disability assistance and extra income from a few short shifts at a movie theatre.

But, as of May 1, provincial funding will stop for adults who possess high school diplomas and who are taking Grade 10 to 12 courses through their local school district. Once Flynn finishes Grade 9, he'll have to pay for the courses.

The education ministry expects to save $9 million each year from the cut, which it says it will reinvest in regular Kindergarten to Grade 12 programs.

Districts will likely charge tuition to adults who have high school diplomas.* The Vancouver school district says it could charge as much as $500 per course.

Flynn said he can't afford that: "I would have to find another way to pursue going to college," he said.

The government plans to increase tuition come at a time when the province says it need more high-skilled workers.

A recent government report, called "The BC Skills for Jobs Blueprint: Re-Engineering Education and Training," states: "In British Columbia, we have an incredible opportunity on the horizon: 1 million jobs. We are re-engineering education and training so that B.C. students and workers have the skills to be first in line for jobs in a growing economy."

In an emailed statement to The Tyee, a provincial education spokesperson said the ministry's skills training courses for students without diplomas helps to meet those goals.

"Those who have graduated and are heading to post-secondary education should be upgrading their marks and gaining the necessary pre-requisites at a post-secondary institution," reads the statement.

Government funding for adult education offered at post-secondary institutions stopped last December. Since Jan. 1, post-secondary institutions are charging tuition to students with and without high school diplomas. The maximum level is $320 per course for part-time students or $1,600 for a full semester. Low-income students can apply for a non-refundable grant to cover tuition, with the advanced education ministry dedicating $7.6 million per year for grants.

But students with high school diplomas, like Flynn, who choose to upgrade at school districts -- which he says are more accommodating to his pace of learning than a post-secondary setting -- won't be eligible for grants.

The government argues the change will put more funding into helping people graduate from high school. However, the province won't see the full $9 million in savings reflected in the 2015 budget because funding for adults with diplomas won't stop until two months into the fiscal year.

"I think it is reasonable to expect adults who've already graduated to contribute to these costs."

Adult education courses had been free since 2008 when the government adopted a recommendation to end tuition for adult basic education from its own "Campus 2020: Thinking Ahead" report on the future of post-secondary in B.C.

Since then, Vancouver's adult education population has decreased 30 per cent from 2,400 full-time equivalent students to 1,700 -- although actual student numbers are much higher because few adult students are full-time. The district estimates that 40 per cent of adult students have diplomas.

Vancouver Board chair Christopher Richardson said the board doesn't know what it will charge for tuition, but it will be at least $425, the amount charged before 2008.

That's a lot of money to charge to students, Richardson said, adding that many are low income.

"These courses are not inexpensive, but of course they have value, so that's why our staff is wrestling with what the impact will be."

Before Christmas the board asked Minister Fassbender to maintain graduated adult education funding. They have yet to receive a response.