Despite being the second most immigrant-reliant economy in the world, Canada doesn't have a great track record in taking care of its newcomers. 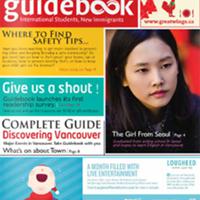 The economic well-being of recently arrived immigrants has declined over the past quarter century, according to a 2010 TD Bank report. One of the problems is Canada's "poor recognition" of foreign education and credentials, but the other is a poor literacy rate among immigrants in either of Canada's two national languages.

Last December, TD found 60 per cent of both new and established immigrants had literacy rates below desired levels as defined by the OECD.

Canada depends on immigrants to buoy its increasingly aging workforce. That's why Geoff Dean, co-chair of academic and career preparation at Kwantlen Polytechnic University and a college-level math instructor at the institution, finds it baffling that his employer would cut its English "academic" literacy classes for immigrants.

Currently 58 immigrant students take the classes, and unlike their international student peers who pay for English as a Second Language classes through their tuition, the provincial government covers the cost. Kwantlen is not allowed to collect tuition for the classes.

The classes also differ from the English Language Services for Adults (ELSA), similarly funded by province, which deliver "basic and intermediate-level English training" at many community centres, immigrant service centres, and other post-secondary institutions.

The "academic" English classes currently on the chopping block are specifically designed to help students who want to enter post-secondary programs. Many of the students who take the classes use them as a stepping-stone into Kwantlen's degree and diploma programs.

Despite the relatively small number of students affected, Dean fears because the cuts are being made at Kwantlen's Lower Mainland location -- where the majority of immigrants live in B.C. -- a larger number of potential students will now lose out on the opportunity of free academic English classes over the long term.

"If we're going to have a healthy economy for just our region or the whole province, we've got to do better," he said.

Kwantlen is one of 17 institutions in the province whose introductory English language studies programs for immigrants will lose provincial funding as of March 31. Others include other post-secondary institutions like Camosun College and Vancouver Community College.

The federal government is poised to announce funding for English language training for immigrants this spring. But it will be for intermediate English classes, not those intended to help immigrants into college or university training programs.

Because of Kwantlen's status as a teaching university, Dean believes the cuts also violate provincial requirements that mandate adult education, including English as a Second Language, must be taught without charging tuition. Kwantlen will still provide for-tuition English classes for international students.

"We have a lot of students who come here delighted to be part of a university," said Dean.

"They want to be able to have a smooth pathway, from entering a university to doing whatever upgrading they need there, and then getting into doing their career training or whatever it is they're aiming for."

'It's not just about learning English'

Previously funded by the province from a pool of $17 million to support immigration settlement programs -- $1.35 million of which went to Kwantlen -- the classes were cut after money stopped flowing from the federal government to the province via the Canada-B.C. Immigration Agreement.

In 2012, the federal government announced it was killing the agreement in favour of providing funding directly to institutions. Last summer, it held an open call for funding applications from organizations like immigrant services, public schools, and even post-secondary institutions that already provided English Language Services for Adults, which deliver "basic and intermediate-level English training."

In an email to The Tyee, a spokesperson for Citizenship and Immigration Canada said the federal government is still invested in providing English language instruction for newcomers, but it wants to streamline the process nationwide, which is why it cancelled the Canada-B.C. Immigration Agreement in favour of directly funding programs.

"We are not only committed to ensuring that each region of Canada receives a fair share of funding, but also that immigrants have access to the same level of services, including language training such as ESL courses, regardless of where they choose to settle. The change will also ensure that the settlement program supports the federal interest in nation building and citizenship."

An announcement on who will receive funding is expected soon. Kwantlen hasn't applied for that funding, though, because the proposed training would only produce intermediate level English literacy, as opposed to the literacy levels Kwantlen and other post-secondary institutions require.

Niloufar Saffari was a Kwantlen student who took the university's academic English class. Recently emigrated from Iran when she started in 2001, Saffari needed to upgrade her education because her bachelor in computer science from an Iranian university wasn't recognized in Canada.

"At the time there was a community centre for immigrants, which had some English classes and it was close to us as well. But I decided to go [to Kwantlen] because I had this university degree, [and] I realized what the difference is between a university and community centre," she recalled.

During the two years she spent in the program, she also took a few academic courses, including an introduction to psychology. She fell in love with the subject and changed her career trajectory from computers to psychology.

After finishing English she enrolled full-time at Kwantlen and completed a bachelor in psychology. Now in her second semester of a master's of science at the University of British Columbia, Saffari said she owes everything to Kwantlen's English classes.

"Some people told me, 'Oh, I learned English at home using the internet,'" she said, "but it was not just about learning English: [Kwantlen] helped me with everything, with all aspects of a new life in Canada."

Last week, the provincial Ministry of Advanced Education announced an injection of $10.5 million in transition funding for the 17 institutions to continue their ESL courses until the federal programs come online. Kwantlen will receive $800,000 to allow the 58 students currently taking academic English to finish the program by August.

But that doesn't do much for future domestic immigrants who want to take academic English. Kwantlen's Dean said a letter from vice president academic and provost Salvador Ferreras and vice-president finance Gordon Lee to the Senate Standing Committee on the University Budget noted an incremental increase in the university's operational budget of $2.75 million.

"In other words, Kwantlen is projecting an increase in operating funds that is more than enough to continue to provide the same number of ESL classes for domestic students that had been offered in previous years," he said.

But in an email from Ferreras, he said the incremental increase depends on a projected student increase, so it's uncertain. If the funding increase even happens, it's already spoken for.

"These are funds that will be allocated to ongoing commitments to students to accommodate what we expect will be more students using the existing services [Kwantlen] provides," he wrote.

As for Dean's concerns that Kwantlen is violating the University Act by not providing these courses, Ferreras said he isn't worried because it's the province cutting the funds.

Although the university will have to lay off some instructors -- Ferreras estimates eight or nine in total -- Kwantlen isn't getting out of English academic instruction for immigrants altogether. The university has granted some faculty relief from teaching classes to allow them time look at ways to deliver ESL for specific academic areas like Health or Accounting.

However, without provincial or federal funding for the courses, Kwantlen would need to get permission from the provincial government to charge tuition.

"If [our faculty] could do it, we may find a way to solve the problem because, yes, our ESL students very often ladder into our own programs and into successful careers," said Ferreras. "So there's a lot of value in it, and we don't want to lose that link."