It’s been two months since we promised to dive deep into the Site C dam and asked what you wanted to know about the mega-project.

We’ve tackled the big questions: is it past the point of no return? (With a video tour of the dam site.) Why did the BC Liberal government block independent review of the project?

We also looked at what First Nations in the area are saying about the consultation process, and lastly, whether or not B.C. needs the electricity.

But you had a lot of other great questions that we’ll aim to answer here.

Are there legal options to stop the project?

Doesn’t failure to act on recommendations from the federal-provincial Joint Review Panel provide a legal basis to challenge the dam?

Are we past the point of no return?

That’s a complicated question, which we tackled.

ON UNDERSTANDING THE PROCESS:

Why were no conditions placed on the project?

There were, by federal and provincial Environmental Assessment Offices, which issued the main project permits. So far inspectors have found 11 violations of the conditions. Fines of up to $400,000 are possible, but BC Hydro is given time to address the infractions and avoid the fine. Infractions have related to water quality, fish habitat, amphibians, air quality, sediment in the river, invasive plant treatment, equipment leaks, on-site recycling and safety plans.

Shortly after, the provincial government approved Site C and decided to go ahead with the project. Bill Bennett, former energy minister, and Christy Clark were key people responsible for this approval.

Has there been a third party environmental review?

Yes, by the Joint Review Panel, which had a core mandate of environmental review.

ON THE BUSINESS CASE:

Will it provide cheaper power for British Columbians?

If you’re asking whether Site C will reduce rates, the answer is no. Site C’s power will cost BC Hydro between $83 and $95 per megawatt hour to produce, while the average rate charged to British Columbians (residential and industrial) is around $83. Site C has no firm buyers for the increased production, so it will likely be sold at a loss on the spot market, currently priced at $25 to $30 per megawatt hour. The cost of building the dam will add $8.8 billion to BC Hydro’s $18 billion in debt. With or without Site C, rates will need to increase at some point to start paying down the debt.

Is it true the cost of building the dam will not be recovered for 70 years? 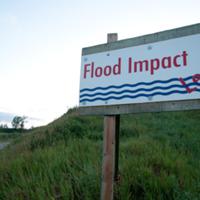 Hey BC Voter! Together, Let’s Dive Deep on Site C

BC Hydro has used a 70-year amortization period, which means it plans to repay the cost to lenders over that amount of time and is not expecting a profit from the dam until 2094. The dam is expected to last more than 100 years.

Will Site C’s energy be sold to LNG producers at a discount?

Is Site C Really ‘Past the Point of No Return?’

Industrial customers already pay a much lower rate than residential customers because they generally provide their own transmission infrastructure. Liquefied natural gas plants were to pay $83.02 per megawatt hour for electricity. In November, the government cut that to $54.34. LNG is also subsidized with low tax rates. 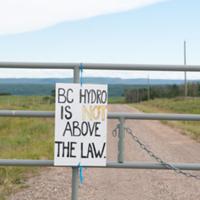 Why BC Liberals Blocked Usual Independent Review for Site C

Does the $8.8-billion cost include transmission lines?

ON THE NEED FOR THE POWER: 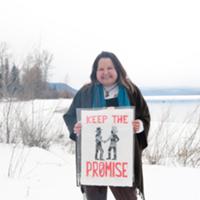 Who’s the power for? 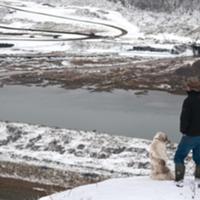 Do We Even Need the Site C Dam?

The B.C. government and BC Hydro have said at various times the power will go to California, Alberta, LNG projects and gas extraction, and residential users. The first three options don’t look promising. California is interested in small hydropower and other forms of renewable energy; the transmission lines to Alberta would be expensive and gas-fired power plants in that province would be cheaper; and only one small LNG plant has been approved. Residential demand is flat. So sales will likely go to the North America grid, selling at spot prices to the U.S. market

How much electricity do we export now?

Last year, exports accounted for 10 per cent of BC Hydro revenue. The actual volume of energy exported was much higher, but BC Hydro charges higher prices in the province and sells power into the export market at much lower prices. The Crown corporation reports gross profits of 72 per cent on domestic sales and just 28 per cent on exports.

B.C.’s population is expected to increase at around the same rate it has for 20 years — about one per cent a year. But despite the growth, provincial demand fell from 2004 to 2015. The flat demand is probably due to a combination of conservation technology and response to higher prices. In general, when prices rise, demand falls as people reduce consumption. Predictions of growing future demand are suspect.

ON BC HYDRO’S FINANCES:

How much debt does Hydro have, and how will this project affect debt?

How much will each British Columbian be on the hook to pay?

Why is there such a difference between residential rates and industrial/commercial rates?

Residential rates are the highest. Residential average rate is 10.6 cents per kilowatt hour; commercial customers pay 9.1 cents; and the industrial average rate is 5.6 cents. BC Hydro manages the distribution of energy to households and most commercial customers. But industrial customers, who pay about half the residential rate, typically hook into a main hub and run their own transmission infrastructure, reducing costs for BC Hydro. The different rates are meant to reflect that.

ON THE POLITICS OF THE DAM:

Where do the parties stand?

The Liberals are unequivocally in favour of Site C and committed to completing it. The NDP has called for the project to be sent to the BC Utilities Commission for review and have committed to doing this if elected. The Greens are opposed to the dam and have said they would cancel the project.

If the NDP sends Site C to the BCUC, will construction stop during the review?

The NDP has not made a statement on this. They have said the BCUC review would be focused on economic questions (a key area missed by the Joint Review Panel) and would be expedited.