The government’s manipulation of British Columbia’s electoral boundaries benefited the BC Liberal Party in last week’s election, according to one political analyst.

In an article titled “Gerrymandered ridings gave BC Liberals narrow election win,” Will McMartin details in the Pacific Political Report newsletter how the BC Liberals succeeded in rigging the boundary setting process to benefit themselves.

McMartin is a long-time political consultant affiliated with the Social Credit and BC Conservative parties who for many years wrote columns for The Tyee.

“The province-wide vote on May 9 clearly demonstrated... that the latest redrawing of the province’s electoral map significantly favoured one political party — the governing BC Liberals,” he wrote in the newsletter.

When the government launched the process to review the constituency boundaries in 2013, it stipulated there could be no reduction in the number of seats in three areas: the North, the Cariboo-Thompson, and Columbia-Kootenay.

In total, 17 constituencies in those regions were “protected” or “frozen,” even though they are relatively sparsely populated.

In last week’s vote, the BC Liberals won in the majority of those smaller constituencies that they had protected, McMartin pointed out. “Of the 17 electoral districts with below-average populations, the BC Liberals won 13 — or three of every four,” he wrote, noting that each of those ridings had an average of 14,475 votes cast.

That was much better than the party fared in the province’s other 70 regular-sized constituencies. In those, where an average of 22,190 people voted, the BC Liberals won just 30 out of 70, or about two out of every five.

“It is clear that in choosing 87 Members of the Legislative Assembly in B.C.’s 41st general election, the ballots of those British Columbians who reside in the 17 favoured electoral districts had much greater weight than those of voters elsewhere in the province,” McMartin wrote.

“The ‘frozen’ ridings were essential to the BC Liberals’ attainment of an incredibly thin minority in the 2017 general election,” he said.

A spokesperson for the Attorney General said nobody could comment on behalf the government and suggested contacting the BC Liberal Party. The party’s spokesperson didn’t respond to emails by publication time. 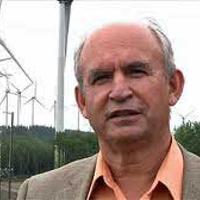 Liberals Meddling with Electoral Boundaries for Own Gain: NDP

When the Electoral Boundaries Commission was appointed in 2014, Liberal MLAs argued in the Legislature that people in small towns in rural areas had been losing political power and that it was important to protect their representation.

NDP MLAs agreed with that principle but said those arguments should be made in front of the independent commission and that the Legislature shouldn’t “constrain” its work.

After the initial count last week, the BC Liberals had won 43 seats with 40.86 per cent of the popular vote, just shy of the 44 needed to form a majority government in the 87-seat Legislature.

The final count, which will include some 176,000 absentee and special ballots not yet tallied, will be completed between May 22 and 24.