Fifteen days after voting day, Elections BC has confirmed that the BC Liberal Party won 43 seats, the NDP 41 seats and the BC Green Party three seats.

That gives the Greens the balance of power in a minority government that Liberal leader Christy Clark says she intends to lead as premier.

“With 43 BC Liberal candidates elected as MLAs, and a plurality in the legislature, we have a responsibility to move forward and form a government,” Clark said in a prepared statement.

“The final result reinforces that British Columbians want us to work together, across party lines, to get things done for them,” she said. “The work is just beginning. My team and I look forward to delivering positive results for British Columbians.”

Speaking in the NDP caucus room in the legislature, leader John Horgan said a majority of British Columbians voted for change.

“I do know 60 per cent of British Columbians voted for a new government and they haven’t got one yet,” he said.

Horgan said the NDP has been talking with the Greens and he’s optimistic they’ll be able to “put together a framework” to move ahead on banning big money from provincial politics and introducing a proportional system of representation where the number of seats parties get in the legislature more closely reflects their share of the popular vote.

“Now that we have the final count we’re going to obviously accelerate our discussions with members of the legislature,” he said. “I’m hopeful we can get going on this as quickly as possible.”

The Greens ran on a platform that included introducing a proportional representation system without putting it to the public in a referendum, while the NDP campaigned to propose a new system and let citizens decide.

Horgan said whether or not to have a referendum has been a topic of discussion with the Greens, but that his position has been firm. “I think if you’re going to change an electoral system, you should ask the people about that,” he said. “It’s their system, it’s not mine, and I feel strongly about that.” 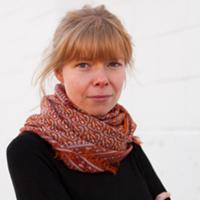 If Libs and Greens Ally, ‘It Will Be about Power and Ego,’ Say BC Activists

Green leader Andrew Weaver said his party is humbled by the minority result. “We take this responsibility very seriously,” he said, speaking to reporters outside the legislature.

Weaver said British Columbians want stability and the Green MLAs are committed to working with the other parties to show that minority situations can be productive. “We’re determined to make that work and to make that work for the long-term.”

He said he hoped to give British Columbians some kind of certainty by next Wednesday when the election writs will be returned to the lieutenant governor.

A voter, candidate or candidate’s representative has six days to request a judicial recount in any constituency, but all three leaders were treating today’s result as final.