“There’s spiritual sites all over this place,” says Chief Roland Willson of the local West Moberly First Nation. “Anywhere around here you put a shovel in the ground and start digging, you’ll find arrowheads, remnants of our ancestors here, going back as far as 13,000 years ago. Well, that was us. And we’re still here, we’re still using the valley.”

Willson is talking about the Peace River Valley, including the 65 square kilometres that will be flooded by the Site C dam.

West Moberly is one of seven First Nations whose traditional territories cover the Peace Region in northeast B.C. They’re part of the only historic treaty in B.C., Treaty 8, which protects their right to hunt, fish and trap for a livelihood and otherwise continue living “as if they had never entered into Treaty.” Or so said the Crown in 1899.

When projects like Site C are being proposed, the Treaty 8 Nations have a legal right to be involved.

Hundreds of meetings have been held since the BC Liberals revived the $8.8-billion megaproject in 2010. There have been private meetings and public hearings facilitated by the federal-provincial Joint Review Panel. First Nations, BC Hydro and government have all been involved. There’s also been consultation within each First Nation to share information with their members, and meetings focused on determining what treaty rights are affected, and ways to mitigate the dam’s harm.

When construction began in 2015, negotiations continued to decide what compensation First Nations would be offered for infringement on treaty rights, many of which are permanent and un-mitigable. Five First Nations have signed impact agreements, one is still in negotiation, and two remain officially opposed to the project. Compensation is usually a combination of cash payments, land transfers and work opportunities.

What was missing in all these negotiations, many local First Nations people say, was early discussion about whether Site C was necessary and should be built. Instead of talking about compensation, the discussion should be about whether the infringements on treaty rights are justified and about possible alternatives to Site C, they say.

In February, I met with a few members from Saulteau First Nation for a fire by Moberly Lake. Their reserve is not far from West Moberly’s, an hour or so south of Fort St. John. There are strong ties between these neighbouring communities, and while Saulteau has signed a community benefit agreement with BC Hydro, not everyone agrees.

“They’re wrecking our traditional ground, and I don’t believe that our council represented us very well on the deal,” Saulteau member Tom Hale said. “There should have been a big vote on it among members. We should have been sitting right beside West Moberly fighting ’em tooth and nail. Because that’s our backyard.”

“If they could say why they’re spending this much money, it would be different,” she said. “You know who’s going to pay for that dam? It’s going to be the taxpayers of B.C., and it’s going to be us First Nations that are living in the backyard.”

The Saulteau chief and council who signed the agreement were not available for an interview.

The government is legally required to consult with First Nations on such projects, but it doesn’t need to get consent. Court rulings have said consultation must be “meaningful,” but that leaves a large grey area. Without a clear definition of consultation, I heard, governments can claim information meetings count as consultation even they fail to respond to concerns.

“I remember when the ministers came to the band office. They were all acting like Site C was a done deal,” said Yvonne Tupper, another Saulteau member. “I put up my hand, and said, ‘We’re Canadians too, you know. I thought you’re supposed to listen to us?’ And they acted like it didn’t mean a thing.”

“We want them to walk with us on our land. Fish with us in our lakes, sit beside us when we’re having tea by the river, you know? Instead, they visit for one day, and then leave to sell us up the river. We’re not a commodity here. I’m tired of our people being used,” Tupper said.

Chief Willson agrees that what government has called consultation is not adequate.

“You don’t consult after you make the decision. You consult to make the decision. The consultation informs the decision-making process, not the other way around,” he said. “How meaningful is it if they just make decisions? They send us a piece of paper and give us 10 days to comment. We send comments back, and we get no response. We ask, what happened to our concerns? They say, ‘We took them into consideration.’”

The Joint Review Panel heard many concerns, but was specifically prohibited from making recommendations on First Nations issues. The three-person panel recommended more research and consultation to understand the cumulative effects of development on the Treaty 8 territory before deciding whether to proceed with the dam. But Site C was approved just months later.

Consultation after that has been just about mitigation.

“They’re pushing it through so fast, without giving time to think,” said Tupper. “We had the joint panel review hearings here in 2014, and not even months later the permits were approved. Everything’s been quick, fast, dirty and easy.”

Does more consultation need to happen?

Site C is already under construction, but talks continue. Permits are still being issued for specific activities, and the First Nations are included in that process to try to mitigate the impact on treaty rights and environmental damage.

“We’re participating in the ongoing permitting process, and I am adamant about protecting what treaty rights are still possible in that area,” said Naomi Owens, the Lands Director at Saulteau First Nation. “There will be a loss with the reservoir, but there’s lots of things we can mitigate until then.”

Consultation about specific mitigation will continue as the project progresses, with negotiations over protecting things like active eagles’ nests and beaver dams, transmission line routes, and the overall construction timeline.

“It’s a huge task for First Nations to take on to work with BC Hydro, to try to find areas where we can work together,” Owens said. “Site C will cause significant damage, and you would think BC Hydro would be more engaged in the mitigation process, to protect what’s left.”

What’s missing from the consultation?

West Moberly and neighbouring Prophet River First Nation have taken the government to court repeatedly over Site C, and have lost each case. In the most recent case the B.C. Court of Appeal found government did not have to consider the effect on treaty rights before issuing environmental assessment approvals and that consultation was adequate. The First Nations lost a similar Federal Court challenge of the federal government’s role in issuing permits in January. If their appeal is allowed, the case will be heard by the Supreme Court of Canada. 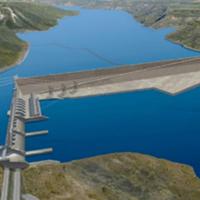 Halting Site C Now Will Save Up to $2 Billion, Says UBC Report

In 1990, the Sparrow case established that government is obligated to consider what treaty rights (or non-treaty Indigenous rights) are affected before issuing permits or developing policy. Where rights will be infringed, government is required to justify them.

That didn’t happen before the main permits were issued for Site C, the basis for the lawsuits from the West Moberly and Prophet River First Nations.

First Nations also maintain that government decisions on the dam must also consider the cumulative effects of massive development on their territories. A Suzuki Foundation study found that 67 per cent of First Nations’ traditional territory in the Peace Region have been disturbed by development, including 25,000 oil and gas sites.

Roads, oil and gas wells, mines and clear-cut forest have changed the habitat where First Nations hunt, trap, fish and practice their culture.

“Well there isn’t. Two-thirds of the territory has been taken up. We have a third left and Site C is a big part of that.”

It’s not just the damage the reservoir will cause, Willson says, but the fear that Site C will spur more development. “At what point do they cross a threshold of too much land taken up? I think they’ve crossed it already.”