It was the flood level signs that first made me aware of Site C. Wooden signs staked along the Peace Valley in northeastern B.C. indicated the reach of the hydro project’s reservoir. Once the dam is built, the reservoir will run 83 kilometres between the towns of Fort St. John and Hudson’s Hope, submerging the scenic highway that I drove in on, which currently follows the river.

Arriving in Fort St. John, I met farmers protesting for the first time in their lives, trying to save their land. The valley that will become the reservoir is fertile farmland, and some sections have been owned by the same family for generations. Beside them were oil and gas workers, incredulous that the project had gotten so far. They’re all for development, but say this dam just doesn’t make sense.

And I met folks in Fort St. John who support the dam project. They have friends or family who’ve found work there. I also heard from some construction workers who are excited to be part of the project.

These conversations happened in the summer of 2016, when I was in the region trying to get a better sense of the $8.8-billion dam, the most expensive publically funded project ever in the province. Since then, I’ve been researching Site C: its history, its business case, its physical impact, and the reviews that have been done. In every aspect I still have questions, and I’m sure I’m not the only British Columbian who does.

So for the next few months, leading up to the provincial election on May 9, I’m going to dive deep into Site C, and I want to hear your questions about it. This investigation, jointly produced by The Tyee and Discourse Media, is going to build around what questions you, the public, want answered. So, if you’re a reader and you want us to tackle a big question about Site C, scroll down to the bottom of this story and enter it.

My first question is, who needs the power? From the start, BC Hydro has talked about population growth, suggesting the power is for B.C. residents. But residential demand has been flat for years, even with steady population growth. A lot of people think the power is for liquefied natural gas producers, but that industry generally uses natural gas to power their work. After all, they’re already extracting it right there.

When I spoke with Site C spokesperson, David Conway, he couldn’t comment specifically on LNG demand because it’s not the area he covers — yet both the B.C. government and BC Hydro have touted LNG as a major source of demand for Site C’s power. I asked Conway about the last 10 years of flat residential demand, and he said, “I haven’t seen the information for the load for the last 10 years, I’d have to check that.” But BC Hydro’s published data clearly shows this trend. Shouldn’t it be easier to get answers? 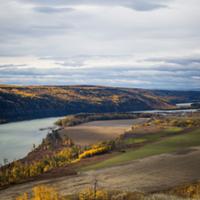 Demand for the power is just one of the questions that I’ve started digging into. I also want to know who benefits from this massive public project. Fort St. John? Workers? British Columbians? Contractors? And on that note, who’s really paying for it?

I’m also wondering: were local First Nations properly consulted? Why has the project not been through a review that has authority to reject it? The BC Utilities Commission, for example, could’ve served that purpose. Furthermore, have alternative energy sources been evaluated? And why is Premier Christy Clark intent on pushing the dam “past the point of no return” before the election?

My work will be part of a larger collaborative investigation project by The Tyee and Discourse Media. To get started, we’re interested in what you want to know about Site C. Tell us your questions, concerns and confusions below, and we’ll work on getting the answers.