But the pipeline will not be stopped, they said, at a Canada’s Building Trades Union conference in Gatineau, Quebec.

“The government of Canada concluded that it was in Canada’s interests to approve this pipeline, that has not changed,” Carr said during a panel discussion. “It’s important to say two things, we’ll be patient and wait for the final result. The second is that that federal approval we are reinforcing today as what we believe to be in Canada’s national interest.”

Leaving the conference, when asked by The Tyee if Ottawa had underestimated the opposition to the project in B.C., both ministers reiterated their previous comments.

The current election results, which could change as a result of absentee ballots and recounts, have the BC Liberals at 43 seats, the NDP at 41 and Greens at three. Support from the Greens would allow the Liberals or NDP to form a minority government.

Cameron said the BC Liberals lost support in areas concerned about environmental issues.

“What this election says is B.C. is not happy about footing the bill in terms of environmental risk,” Cameron said. “If you look at the geography of the vote, the support for the NDP and Greens is heaviest near the coast.”

Those voters rejected the BC Liberals partly because of their support for the Trans Mountain pipeline, he said.

In Burnaby, the Tri-Cities and North Vancouver, the BC Liberals lost three ridings around Burrard Inlet they previously held.

Cameron said the federal Liberals and pipeline proponents hoped that by bringing in a carbon tax they would score enough points with environmental voters to reduce criticism over the government’s pipeline approval in November.

The provincial election results suggest B.C. residents closest to the projects will not accept the risk of environmental damage — and that should make the federal Liberals nervous, he said.

“I think they should be, I don’t know if they are,” he said. “I would be very concerned if I had put any eggs in the Kinder Morgan basket.”

Pipeline owner Kinder Morgan plans to triple the capacity of the pipeline bringing oil products from Alberta to be loaded onto tankers at Westridge Terminal in Burnaby for export. Tanker traffic is expected to increase up to seven-fold.

Kai Nagata of the Dogwood Initiative agrees the federal Liberals could pay a heavy price for approving the pipeline expansion.

In the 2015 federal election, Justin Trudeau’s Liberals went from two to 17 seats in B.C. Almost all of the gains were in Metro Vancouver.

Nagata looked at the data and noticed of the 230,000 votes lost across Canada by the Conservatives, 96,000 were in B.C. ridings touching salt water.*

The 15 new seats won in B.C. were enough to push the Liberals over the number of seats required for a majority government, he noted.

Many key ridings where the Trans Mountain pipeline is an issue now have federal Liberal MPs and provincial NDP MLAs, Nagata said after the election.

“I don’t think it’s an accident that Trudeau just tabled his tanker ban,” he said, referring to a partial ban on oil tankers on B.C.’s north coast tabled Friday in Ottawa. 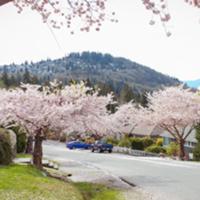 Even if the BC Liberals win a majority, federal Liberal candidates in the 2019 election will be dealing with opposition from local NDP MLAs and municipal politicians opposed to the pipeline expansion, Nagata said.

Nagata said that because the BC Liberal Party is “pro-oil, pro-tanker and pro-China” it is the Trudeau Liberals’ preferred choice to govern the province.

A minority BC Liberal government would be challenging for the federal government because the other two parties will be looking to flex their muscles, he added.

Cameron said the possibility of the Green Party and NDP forming a coalition means there may be some complicated times ahead in the relationship between Victoria and Ottawa.

More pressure is on the Green Party to support the NDP as well, he said, because the two parties are more aligned on environmental issues. The credibility of the Greens both provincially and federally is at stake, he said.