In the four years since running on a “debt-free B.C.” slogan, Christy Clark’s BC Liberal government has added $10.85 billion to the province’s total debt.

And in the six years since Clark became premier, the government has added 30 per cent more to the province’s debt than the NDP did during 10 years in power during the 1990s.

Those facts have not, however, stopped Clark and the Liberals from claiming the high road on fiscal responsibility.

“Controlling spending is how we will balance the budget,” Clark told reporters after visiting government house in Victoria Tuesday to launch the election period. “It will allow us to pay off our operating debt so that we can invest in families, schools and hospitals, rather than investing in interest payments that we send to the banks.”

Clark also accused her opponents of being likely to add to the debt. “Instead of balanced budgets that pay for great schools and hospitals, we’d see debt and deficits that would send your money out of the province for interest payments,” she said.

Similarly, the Liberals platform released earlier this week says the NDP “nearly doubled B.C.’s debt in the 1990s” when the party was last in government.

The Liberal leader is correct in stating that the direct operating debt has in recent years been declining. That debt from the core operations of the government is, however, a relatively small portion of the province’s total debt.

The province’s total debt for the wider government includes the amounts carried for post-secondary institutions, health facilities, social housing, highways, transit and Crown corporations including BC Hydro and ICBC.

The February budget projected the total provincial debt would keep rising to $77.7 billion by 2020.

Put another way, if Clark is re-elected, in nine years as premier she will have added $32.5 billion to the province’s total debt.

How does that compare to the NDP years? Between 1991 and 2001 the total provincial debt rose by $16.5 billion, doubling the province’s debt.

In just five years, Clark has been responsible for a $21.2-billion increase in the debt — 29 per cent more than the increase over a decade of NDP government.

Of course the province’s economy has grown since then. But when expressed as a proportion of the provincial GDP, the total debt is about the same in 2017 at 25.5 per cent of GDP as it was in 2001 at 25.1 per cent. 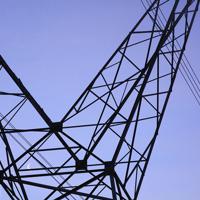 In 2016, Jordan Bateman, the B.C. director for the Canadian Taxpayers’ Federation, told The Tyee that most voters don’t make a distinction between operating debt and other kinds of debt. “I think for most people, debt is debt.”

Bateman gave the government credit for balancing the budget, but said that by running on a promise to make the province debt-free Clark set herself up for criticism.

“You can’t run a campaign on a ‘Debt-Free BC’ and then not be held to account for the debt increasing,” Bateman said. “You can’t run on being a debt-free province, then not show any sign of the debt reducing.”

Clark and the Liberals have also been talking about how weak the provincial economy was in the 1990s, a period when it grew by three per cent a year on average. This year’s budget used a projection from independent economists that predicted growth of 2.3 percent in 2017.