The 10-year contract with Maximus B.C. to administer the Medical Service Plan and PharmaCare programs has cost British Columbia 50 per cent more than originally expected.

Critics say the ballooning payments are typical of privatization schemes, especially those involving large technology contracts, but a spokesperson says the government remains happy with the company’s performance.

When the provincial government entered the contract with Maximus in 2005, it had a “fixed-fee value of $324 million” for a transition period plus 10 years of operating Health Insurance B.C., which includes the MSP and PharmaCare programs.

But actual costs have soared over the original contract numbers.

“The total value of payments to Maximus over the same term is $489 million, an increase of approximately 50 per cent over the original 10-year cost,” according to a health ministry report dated July 28, 2016.

The Tyee reported in 2009 that escalating payments to Maximus showed the contract was likely to cost at least $450 million by the time it ended in 2015. The Maximus contract was part of a wave of outsourcing the provincial government undertook after 2001.

The new report from the ministry’s Business Management Office was recently posted on the ministry website. “The key drivers for changes in the fees during the first 10 years have been the materialization of risks... and changes in the scope of services identified in the original contract,” it said.

An official in the Victoria office of Maximus said that all questions about the contract had to go to the health ministry and that nobody from the company could speak about it unless the government decided to forward the questions to them.

Health Minister Terry Lake was unavailable for an interview. 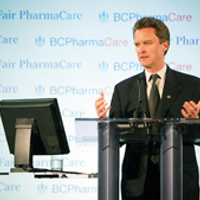 “The main reasons for the change in Maximus’ fees included policy and program changes, implementation of major projects, and the increased risks associated with those,” she said.

Changes also included implementing new programs, such as the smoking cessation program, she said. That program was announced in 2011 to fulfill a promise Premier Christy Clark made during her BC Liberal leadership campaign.

Other changes to the agreement with Maximus included the “modernization” of PharmaNet, upgrading PharmaNet privacy and security and “significant volume increases and new support requirements as a result of the delivery of the new BC Services Card,” she said.

Overall, Cascaden said, the contract was a success. “Government has been extremely satisfied with the work of Maximus BC on improving the administration of MSP and PharmaCare, and strengthening privacy and security.”

In 2013, the government announced it was extending the contract for another five years starting in 2015 at a cost of $264 million.

Paul Ramsey is an open source software developer and information technology professional who writes the Clever Elephant blog. “It looks to me like Maximus B.C. has successfully executed a classic consulting gambit,” he said in an email. “Win the contract with a low initial bid and then make up the difference by leveraging change orders.”

After the client has entered the contract, any time they want to change anything they have to negotiate it with the contractor, he said. “Once the contract is signed, market forces don’t operate anymore. Don’t like the price? Too bad, you have to either accept it or discard your plans for change.”

That payments rose by 50 per cent during the life of the contract shows that the argument that outsourcing provides predictable costs is “bunk,” Ramsey said. 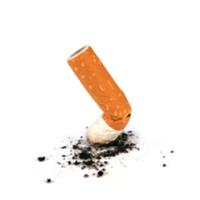 “Sure, the costs would have been predictable if nothing ever changed, but how likely was that in a 10-year technology agreement? When the agreement was signed, flip-phones were cool and Mark Zuckerberg was just signing the incorporation papers for Facebook.”

The government likely could have achieved the same efficiencies by re-organizing to do the work internally “without also paying Maximus BC a profit premium on top,” he said.

“It doesn’t look like that’s happened with this contract,” he said, noting that the report says one of the factors that drove up the cost to the government was risk-sharing.

It’s difficult to know how the cost compares to what would have happened if the work was kept within the government, he said.

“It’s not uncommon with contracting out or other forms of privatization like P3s to see costs run up considerably.”