From thrift to high-end design, Vancouver's Main Street has the feel of fashion's front door. Like the old saying goes: come for the window dressing, stay for the vintage consignment. Keep strolling a few blocks north of Broadway into Main's industrial backyard, and you'll find something else: a few of the very same clothes being cut, stitched, printed and hemmed. 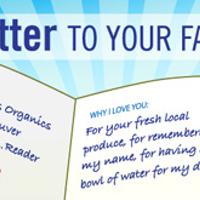 I enter Nicole Bridger's Mount Pleasant factory from the loading bay. The hum of a half dozen sewing machines radiates intermittently from the floor while wide rolls of stretch knits and silks are densely shelved near the doors. It's smaller than I expected -- a scale I'll soon learn nurtures local design innovation.

"It was always part of the plan to eventually own our own factory," the fashion designer tells me by phone before I arrive. "I didn't realize it was going to be right now."

In October 2012, Bridger took the reigns of the local factory where most of her clothes are made. A Vancouver-based designer since 2007, she leaped at the opportunity to take ownership of the space where her eponymous label and several other local brands are manufactured.

It's a colourful factory with a relaxed work pace -- an atmosphere Bridger was willing to pay for. "It's more expensive, but it's close to home," she says, adding that the cost is about double what it would cost to contract out to Asian factories. "I can keep a closer eye on quality control."

'For the spring collection'

I decide to take a closer look for myself, meeting with Bridger's production manager Toby Russell in an upstairs office. She gives me a quick lay of the land.

"The main thing is you're onsite." Russell explains. "If anything comes up -- any questions or problems -- you don't have to wait. There's no time zone difference or travel, you can literally walk downstairs to your factory floor and see it, touch it, understand it."

She shows me the loading area, followed by a long, narrow cutting table with an intricate pattern lying on top. "The marker is pretty much like a puzzle," says Russell as I trace the swirl of jacket panels with my eyes. "It's all about the best fabric utilization."

At the end of the line, I finger through a rack of pastel-coloured jersey shirts with the mantra "I Am Love" sewn in. "This is the first official screen print we're going to have in the store," says Russell, turning the shirt so I see the full illustration of two hands cupped in a heart shape. "For the spring collection."

At Oddball Workshop in Mount Pleasant, independent designers experiment with their own fabric patterns using sublimation.

Bridger's cut-and-sew factory in Mount Pleasant will make as little as 30 pieces of clothing for up-and-coming designers.

Arc'teryx in North Van teams up with Kwantlen Polytechnic in Richmond for the latest high-performance design innovations. – S.B.

Russell says running the factory encourages a certain kind of resourcefulness. "You find quick solutions whether it's fabrics or buttons or machinery," she says. "If a customer has a certain kind of button that's kind of cool we'll ask them about it... At this stage of new ownership innovation is planned."

At this point I feel inclined to ask: is there an economic payoff to maintaining a local factory? Are new designers willing to spend nearly double the resources -- especially if those expenses may ward off prospective customers?

As it turns out, the cut-and-sew industry is a growing market in Canada. "Things have slowed down over the past 10 years, but it's starting to pick up again," Bridger says. In 2011, the industry was named the fastest-growing in the country by an independent financial study. "Designers are starting to manufacture more locally because overseas isn't as cheap as it used to be."

From every step in the supply chain, I begin hearing a similar refrain: local companies are able to do the smaller quantities that emerging designers need. "We're one of the few factories in town that will take small cuts," Russell says. "We try to help a lot of the smaller designers and companies that have smaller numbers."

Russell says they'll make as few as 30 "units" compared to an overseas factory minimum of a couple hundred or even a thousand. "Most offshore companies want big units. Partly because of the shipping -- they want to fill containers," she explains.

When I walk down the street to Oddball Workshop, a digital clothing printer on the other side of Main, owner Kai Low tells me the same thing.

"Traditionally for fashion, they're never able to do custom pattern fabrics in a small run," he says. "A lot of designers have to go to California and buy full rolls of fabric. Or they're ordering from Asia, getting it dyed in Asia and getting it shipped back to Vancouver."

Through a method called sublimation, Low allows independent designers to try out smaller batches of custom "dyed" fabrics. It's a process that heats water-soluble ink into a gas, which then bonds with certain polyesters.

While Bridger says her factory currently has more business than she knows what to do with, another segment of the supply chain conveys a different story.

"Our textile industry here is pretty small, and not very old compared to France or Italy or India," says Bridger. "Their textile industries have been around for ages and are tough to compete with."

And all you have to do is pen a brief love letter here.

Ready to show your favourite business(es) some love? Get going here.

Raw materials and weaving mills still tend to reside in new economies with lower environmental regulations. "There's a lot of environmental reasons to stay local," she says, "but the clothing movement to me can't be dealt with in the same mindset as local food."

Bridger has developed her own way to source the most ethical and sustainable fabrics she can outside Canada. "The first thing I look at is what it's made of. I use renewable resources whether that's organic cotton, silk, or hemp," she says. "Then I look at how it's made: the processing, the dyes, and the standard of the working environment."

Bridger says fair trade certifications are a good start, but finding ethical suppliers becomes yet another part of the equation.

"I don't think we carry out the dyeing," offers Sunny Lin, vice president of Kendor Textiles based in Delta, B.C. Lin says he imports most fabrics from Asian and European markets. "I don't think the government encourages dyeing here in Canada because of the pollution."

"Most overseas suppliers have a minimum," Lin says. Sound familiar? "Our small designers come here, take a bit, then come back again and again."

On the other side of Vancouver's fashion spectrum (the one where Gore-Tex qualifies as sartorial excellence) performance-oriented clothing producers like North Van's Arc'teryx dip into university talent to maintain a creative edge.

It's a locally-minded strategy that keeps technical design talent from leaving the Lower Mainland. "Arc'teryx has a long standing relationship with the Kwantlen design program," says senior design manager Carl Moriarty. "We have at least 10 Kwantlen graduates on staff and take design and development interns each summer."

In December, Arc'teryx announced it will help launch a new design school at Kwantlen's Richmond campus along with Vancouver titans Lululemon and Mountain Equipment Co-op. The new school, funded by the provincial government and Lululemon founders Chip and Shannon Wilson, will launch in the fall 2013.

For such a new industry, Moriarty hopes the relationship will remain a symbiotic one. "Kwantlen will gain access to Arc'teryx extensive technical expertise in design, materials, development and manufacturing," he says. "Arc'teryx will benefit from the opportunity to steer the type of graduates that we need to grow our business in the years to come."