At the northeast corner of Hastings and Carrall, a particularly tough edge of the Canadian economy, people are slipping through a door to join those fortunate enough to be in business. 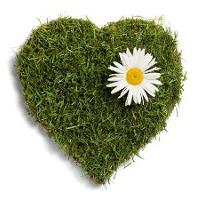 Inside, there is a salty cured meat smell in the air. Round tables draped with red tablecloths strain under platters of hors d'oeuvres. Puff pastries and cold cuts here, bannock and pickled Sockeye there. Business cards fly around the room as people in suits network between swallows of red wine. There is a stage, atop which two fancy documents sit on easels, both featuring calligraphy and coats of arms, both proclaiming support for local businesses and declaring this early December week "Buy Local Week" in the City of Vancouver and Province of British Columbia, respectively. BC's minister for small business then climbs the stage and reminds the enthusiastic crowd that 98 per cent of all businesses in B.C. are small businesses and that it's in everyone's best interest to keep it that way.

"When small businesses thrive, communities are stronger and the province is stronger," says Naomi Yamamoto, Liberal MLA for North Vancouver-Lonsdale. Her short speech congratulates local small businesses for helping each other thrive (we'll get to a few in a moment) and is sent off with boxes of gifts from local companies specializing in assembling boxes of gifts. I catch up with her in a small alcove off the main room.

Could the province do anything to foster local buying? I inquire.

"I don't want to be part of a government that forces people to buy at certain places," Yamamoto says with a laugh. "But I think what we can do is help people recognize that when they buy local, they're supporting jobs in their community."

Is there any policy work being done on this? I wonder.

"The policy work I think we've done already," she says, lauding B.C.'s low corporate and personal income taxes and her government's action on red tape and regulatory reform. Beyond that, she says, it's about a conscious personal effort to buy local.

Even for things you can find cheaper at Walmart? I ask, looping in everyone's favourite corporate antagonist.

Sure, she says. The higher cost of local goods pays for local jobs, helps drop greenhouse gas emissions and provides a level of variety impossible to find at big box stores. But then she backpedals a little because nothing is ever so simple.

"Walmart is really important too because Walmart hires a lot of people, you know?"

So what's the message? I press. Buy local sometimes? There's no easy answer. She promises to get back to me about any Canadian studies she may have seen to illustrate the benefits of localism and heads away to catch the SeaBus back to the North Shore.

Thinking outside the box box

I find Mathieson McCrae next. He's the Vancouver GM for Frogbox, a provider of reusable plastic moving bins as an alternative to cardboard. He wears a striped collared shirt, glasses with large frames and a beard of several days. He's so tall my arm cramps from sticking a mic in his face. Frogbox is still headquartered here and McCrae insists the company's "local first" values haven't changed despite growth to 21 franchised locations across the country.

I press for examples of symbiotic dealings with other local companies. He tells me he stepped outside his business model of renting the reusable bins and sold a number of them to a local office supplies company, Mills Basics, which now uses them instead of cardboard boxes for small office orders.

"If someone has a big enough order they can go buy the boxes on their own, but they couldn't get as good a price as we can," he says. "We've co-branded the boxes, so very simply our name is on all these boxes that are going out and sitting on an employee's desk for an afternoon. It just puts the word out for both of us about things we're doing."

McCrae says the co-marketing narrative is an important one for local companies competing against global giants with massive advertising budgets.

"You Google something and you get the biggest and most popular version," he says. "We're going through a phase where there's so much noise, so much advertising, so many things competing for our attention that we simply don't know about our local options."

Would you ever choose a local option in the presence of a cheaper global alternative? I press.

"Probably not every time," he admits. "It depends on what it is."

A few minutes later, Mills Basics comes up again, this time in conversation with a friendly young man in a grey and maroon sweater sipping a green can of Bowen Island Extra Pale Ale. His name is Ben Wells and he's one of the co-owners at Shift Urban Cargo Delivery, a local pedal-powered delivery co-operative. His business model is simple: regular recurrent business-to-business deliveries in the downtown core using electric-assist cargo tricycles. When he pitched this to Mills Basics as a way to take some of their delivery trucks off the road, they came on as an anchor client, requesting the service 40 hours a week.

Shift also delivers bread. Every morning, a tricycle loads up at a local Terra Breads bakery and moves baked goods to some of that company's restaurant clients.

"We get those deliveries done faster than a conventional truck would," Wells explains. "They want to see their sustainability focus showcased in the local market and we want to partner with organizations that are as committed to the community as we are."

But isn't it possible they're just using you as a marketing vehicle? I demand.

"If we feel we are exclusively being used as a marketing vehicle to greenwash an organization that's not genuine about what they're doing, we're less likely to pursue that relationship," he explains.

How does a purveyor of post-it notes (and other office supplies) help profits and good will stick together around B.C.'s Lower Mainland?

Mills Basics supplies offices around the region, sourcing local providers whenever it can...

Speaking of the next meal, Mills Basics' CEO also helped found HAVE, a line chef training program that has graduate 600 already, most working in local restaurants.

Read more about how it all fits together in the accompany story.

On another day in December, I meet Mills Basics CEO Brad Mills at his company office off Clark Drive to see how this symbiotic business loop might close. A fine mist is falling and a familiar herd of trucks and trailers thunders up and down the industrial artery hauling goods the nearby port terminal received by boat from faraway lands. Mills, a thick-set baby boomer with an easy laugh, is surprised I made the journey in person. His company's sales were up three percent to $20 million last year, but profits were flat and he's not used to dealing with reporters.

"What do you want?" the 54-year-old barks from his chair as I sit at another, but he warms when I tell him I'm here to learn more about the importance of the "local first" approach to business.

He's positive on "the movement" as he calls it, but still steamed about losing an $800,000 office supply contract when the City of Vancouver awarded its latest renewal to Grand & Toy instead. While that tale was written up in detail in The Tyee last summer, Mills is still curious how much the City's purchasing department saved as a result (I don't know either, but Vancouver councillor Heather Deal later tells me a local procurement plan is currently under development at the city). In the interim, Mills takes great pleasure listing some of his other keystone clients:

"We have all the other cities. We have West Van, North Van. We have Surrey, we have Richmond, we have Metro. That's our largest customer, Metro Vancouver," he beams. "The only one we lost is the one we actually pay taxes in. It's hilarious."

But you don't buy local paper, I argue.

That's an important promise, as paper is by far his best-selling product, but there are no local suppliers, a consequence of B.C.'s beleaguered pulp and paper industry. His cheapest choice is an Indonesian export, but he buys the closest option instead: 100 per cent-recycled paper from Washington State. He figures the latter is some three percent more expensive ($1 more on a $40-box), but prefers it anyway because it helps his company's sustainability goals. That same rationale was behind striking up the relationships with Frogbox and Shift we explored above. Mills also buys local janitorial services and sources whatever he can find from local suppliers, cleaning supplies, printer ink cartridges and the like. He also runs a carbon-neutral fleet of delivery trucks.

His efforts seem to be getting noticed. Mills Basics recently became the first office supply company in the country to receive certification from non-profit social and environmental performance watchdog B Lab (think Gandhi's ‘Be the Change'), which applauded its community leadership, hiring practices and sponsorships of local foundations and initiatives.

So about these local initiatives, I say, circling us back to the rich-poor divide worries of the opening vignette.

"Do you ever worry this 'let's all be rich and happy together' mantra is just the latest bit of marketing bullshit?"

"You used to be a cynical old guy, didn't you?" he snaps back with a laugh.

He says he hires people with barriers to employment whenever he can. Most of them work in the warehouse. He also tells me of the HAVE Culinary Training Society some two kilometres east of here. He co-founded and funded it out of pocket six years ago to help rehabilitate the Downtown Eastside. It has since trained 600 line cooks; Mills says three out of four find work in town. Today HAVE is a social enterprise: the society runs a cafe which provides catering services to local businesses and invests all profits back into the training society. Mills sits on its board of directors and works there on Thursdays.

"I didn't always do this," he confesses when I press him about the origins of his social conscience.

He knows there are no Canadian studies to quantify the benefits of localism (for American studies, click here). He knows institutional procurement strategies often don't run parallel to sustainability goals. He knows his boomer business colleagues still largely don't give a damn about localism or environmentalism or any other -ism that doesn't start with capital-. But all that still makes him grin, because he also sees local business ecosystems, shrinking supply chains and consumers paying premium for responsible products and services. Freedom 55 might not work out, but he knows he'll retire soon enough, joining the largest workplace exodus in modern history.

"Our generation was all about making money," he says. "The next generation is about giving back."