There are places one can sit and consider the past and future with equal clarity. On this October day, Harold Steves, 79, an outspoken environmentalist and Richmond city councillor, looks from the riverbank at the end of Richmond’s Rice Mill Road.

Directly in front of him is the Fraser River, and directly below his feet lies Highway 99’s George Massey Tunnel. Given a $22-million seismic upgrade a decade ago, it was said by then-B.C. transportation minister Kevin Falcon that the tunnel was safe and a future twinning would eliminate the twice-daily commuter bottleneck.

But if today’s B.C. government has its way, work will start late this year on a massive $3.5-billion bridge, financed through a Public-Private Partnership (P3), to be completed by 2022.

Which means a stiff toll to pay off private creditors in the years ahead. Which will also mean that the perfectly safe, perfectly good tunnel will be removed.

Which could then allow that section of the riverbed to be dredged three to six metres deeper. Which will jeopardize migrating Fraser River salmon. But which will also provide sufficient draft for 300-metre ships to load coal and liquefied natural gas (LNG) at expanded riverside facilities in Delta, Surrey and Richmond. Which will encroach on adjacent Agricultural Land Reserve (ALR) farmland.

And which — given the incredibly explosive potential of LNG — will put tens of thousands of riverside residents at risk of becoming “human kebobs,” says Eoin Finn, a well-known LNG opponent who has been researching the industry for three years.

Steves peers up past a riverside cottonwood, imagining a humungous bridge directly overhead, and says to me: “There are so many thing wrong with it, it boggles the mind. It’s not just a threat to the Metro Vancouver Regional Plan. Or to the salmon. Or to ALR farmland. Or to local people.”

“Despite what Christy Clark says, the reason for the bridge has little to do with removing congestion,” Steves says. “A twinned tunnel would solve that. But Port Metro Vancouver doesn’t want a twinned tunnel. It doesn’t want any tunnels. It’s not about congestion. It’s about ships. The bridge has got everything to do with Port Metro Vancouver’s plans to industrialize the Fraser.”

A sudden change in plan

I’m holding an emailed 11-point “Rationale” from the transportation ministry communications office dated Nov. 8, 2016, setting out the reasons for a new bridge over the Fraser River. (Despite repeated requests, neither Transportation Minister Todd Stone nor Port Metro Vancouver would be interviewed about the bridge plan.)

The bulleted 2016 list contains, in fact, this Orwellian rationalization for rejecting the widely supported and relatively inexpensive 2006 plan to twin the tunnel: “Twinning the tunnel was not an endorsement of a new tunnel, but rather an acknowledgement of the need to increase the capacity of this vital crossing.”

So “twinning the tunnel” has come to mean, in BC Liberal newspeak, building a 10-lane, three-kilometre-long, $3.5-billion toll bridge — almost seven times more than the 2006 estimate for twinning the tunnel and improving Hwy 99, according to a Vancouver Sun report at the time.

The machinations that led to this shift of provincial policy would not have been known if a coalition of environmental activists, calling themselves Fraser Voices, hadn’t begun seeking information about secret B.C. government communications, beginning in 2012, between Port Metro Vancouver, the Surrey Fraser Docks and their powerful shipping allies intent on opening up the river to huge Panamax vessels and the Fraser shoreline to industrial expansion.

But when the environmental group first asked for Freedom of Information access to government emails about how the twinned tunnels abruptly became the big toll bridge, researchers were told there weren’t any. They didn’t exist.

Among the Fraser Voice’s activists is Doug Massey, who at 83 can still get mad. “When I first heard the tunnel was going to be removed,” he says, “it got my Irish up.” After all, it was his father, George Massey, who spent years as a Delta MLA pushing for the crossing that now bears his name.

And Doug Massey knew that after the seismic upgrades were completed in 2006 the tunnel was in excellent shape. In fact, the 57-year-old tunnel is identical in construction to one built under Holland’s Maas River 74 years ago, and said to be good for 50 more years.

So, he wondered, what was really behind the push to replace his father’s tunnel? With help from investigative researcher Susan Jones and Kevin Washbrook of Voters Taking Action Against Climate Change, he began digging, and found that B.C. government emails did exist in the records of recipients like Transport Canada.

Sitting in his crammed home office in Tsawwassen, Massey starts handing me dozens of pages of emails.

The critical one is dated Feb. 2, 2012. The email schedules a meeting in the office of an assistant deputy minister in the province’s transportation ministry. On the invitation list were a senior ministry engineer, the CEO and a manager from Surrey Fraser Dock, and a “bridge engineer” from the company that did the earlier seismic studies on the tunnel. Port Metro Vancouver’s “Container Capacity Improvement Program” was also included.

The subject of the meeting, according to the ADM, was “options and considerations around the George Massey Tunnel and a sustainable navigational channel.”

Shippers certainly supported the bridge option. And by September 2012 Transport Canada was being advised that industry and government stakeholders favoured removal of the tunnel. “This is what members have been telling me,” wrote Ruth Sol of WESTAC, an association of transportation companies, unions and governments, to Transport Canada. “George Massey tunnel needs to be replaced — to increase its capacity and the draft above the tunnel so larger ships can access the facilities on the Fraser River.”

Massey says the emails and reports he and his associates uncovered show Port Metro Vancouver and Surrey Fraser Docks were gathering information on the bridge height and channel depth required to allow LNG tankers and Panamax cargo ships to reach expanded port facilities on the Fraser River long before the provincial government announced the bridge plan.

On Dec. 4, 2012, still more than nine months before Clark announced the plan to replace the tunnel with a bridge, Port Metro Vancouver managers were setting out their goals in an email. Any new crossing should allow 15.5 metres of depth based on expected shipping needs in the next 50 years, and 18.5 metres based on a 100-year life expectancy, the port’s dredging expert noted. The current tunnel is 12 metres deep. PMV also wanted a bridge to be 65 metres above the Fraser, to allow ships to reach expanded port facilities on the Fraser.

Massey notes that the email exchanges reflect the port’s expansion plans. “We need to consider future terminals such as VAFFC, Lehigh, and possible terminal at our Richmond properties,” writes one PMV manager in an email about port plans along the Fraser River. (VAFFC is the planned Vancouver Airport Fuel Facilities Corporation jet fuel terminal and Lehigh refers to Lehigh Hanson’s plans for a bulk terminal.)

And an email from March 2013 makes Port Metro Vancouver’s desire clear: “Option No. 2: Replacing the tunnel with a new bridge in the same location. Not publicly confirmed yet, but this is (Port Metro’s) preference.”

Massey sees the decision as a betrayal of the public interest.

“I’m very upset that they they’re using the excuse the tunnel’s in disrepair. Or seismically dangerous,” he says. “No, it’s full speed ahead, damn the torpedoes! Build the bridge! It won’t be named after my father. I know that. He’d have hated the idea of removing a good tunnel for the bridge. It’s all about industrializing the lower Fraser. With taxpayers and commuters footing the bill.”

“I don’t think we’re getting the full picture,” says Claire Trevena, the NDP’s transportation critic. “It’s a boondoggle — with a starting price of $3.5 billion. What’s the rush for doing it? There’s been no cost-benefit study. No environmental study. No explanation about how it’s going to be funded. No consideration that if you build a toll bridge, you don’t want people riding transit. You want them in cars, paying $3.50 tolls.”

Her suspicions are propelled, she explains, by the fact that Kevin Falcon declared in 2006 that with the seismic repair work completed “The tunnel’s good for 50 years.” And he assured commuters that with the planned twinning of the Massey Tunnel and a new fast bus lane, Highway 99’s rush-hour congestion would be a thing of the past.

It says the province consulted the port on proposed designs because it’s responsible for navigation on the Fraser River and “is required to ensure any overhead or underwater structures do not impede current or future shipping.”

“We provided information and data on vessels that currently or may use the river in the future, including considering whether or not the tunnel is removed in favour of a bridge,” the statement said. 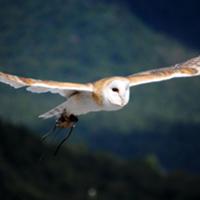 “We prefer the bridge option because it will address a significant bottleneck for the movement of goods and people in the region and may provide more flexibility for trade,” the statement said. “However, it is ultimately the decision of the province as to which option to pursue.”

Ships are increasing in size to cut costs and environmental impact, the port said, “but removing the tunnel in favour of a bridge will not significantly change the size of ships that are able to use the channel for a number of reasons.”

The port authority said dredging to allow larger ships “would be prohibitively expensive” and “the width of the river does not allow very large vessels to turn.” Underwater pipeline crossings are also a barrier to ships with deeper draughts, the port said.

The new bridge will not have “a significant impact on the size of ships” using the Fraser River, the statement said.

To read the second part of this series, go here.