Advocates say Elections BC is continuing to be too restrictive in its interpretation of “advertising” following a Supreme Court of Canada ruling last week.

“I can't believe we’re going through this again,” said Vincent Gogolek, the executive director of the BC Freedom of Information and Privacy Association. “Apparently they’re still unable to read their own legislation and now they can’t read the Supreme Court of Canada judgment.”

The court’s Jan. 26 ruling clarified what counts as advertising and who should be considered an advertising sponsor under the province's Election Act.

Suzanne Anton, the province’s attorney general, welcomed the ruling saying that the law was only ever supposed to apply to paid advertising.

But on Feb. 1 Elections BC released a bulletin intended to clarify its policies following the court ruling.

To be considered an advertising sponsor, and therefore be required to register, a person would have to pay someone for advertising, receive those services for free, “or produce and personally hand-out more than 25 copies of homemade signs or pamphlets during the campaign period.”

The bulletin stresses that even for someone making fewer than 25 copies of a sign or pamphlet, it has to be clear who is doing the advertising. “[It] must be hand-delivered directly to another person, not dropped in a mailbox or otherwise distributed anonymously.”

And the person must also work alone, the bulletin says. “Groups of individuals or organizations that conduct any sort of election advertising are advertising sponsors and must register with Elections BC before sponsoring the advertising.”

Watson said Elections BC chose 25 as the limit so there would be a definition beyond the “small scale” referred to in the court decision. “For administrative purposes we need to define what that is.”

And he confirmed Elections BC’s interpretation is that the ruling requires no substantial change for how groups are treated. “For the court it was very much focused on individuals,” he said.

The registration process is easy and once the rules are explained most people understand they are in place to ensure transparency and accountability, he said.

“Elections BC seems to be going out of their way to make it difficult to figure out what you can or can't do,” said the Freedom of Information and Privacy Association’s Gogolek. “They seem to want to keep the situation as it was for the last two elections. There’s a chill. There’s self censorship and people are running around in confusion trying to figure out what’s permitted under the law.”

He said the limit of 25 posters or brochures for individuals is too low and appears to have been chosen at random. “They can’t even put it in a mailbox. The mailbox turns it into advertising.”

Gogolek said that for groups, his and his lawyer’s understanding of the court ruling is that they are free to put out their own information without registering, as long as they don’t pay for or receive “advertising services” as commonly understood. “That’s apparently not the way Elections BC is reading this,” he said.

“It takes us right back to where we were before the Supreme Court of Canada’s decision, which is apparently where Elections BC wants us to be,” he said. “I think they’re completely wrong in all of this.”

The government could have clarified the issue years ago by allowing individuals or groups to spend a certain amount of money without registering, similar to other jurisdictions, he said. The threshold for federal elections is $500, for example, and for Alberta provincial elections it is $1,000.

“This is basic to democracy,” he said. “This is basically a restriction and a chill on people expressing themselves at a time when we’re choosing our leaders. This is the most important speech we’ve got.” 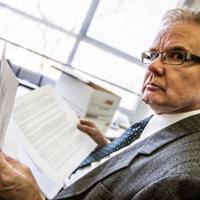 Laura Track, staff counsel with the BC Civil Liberties Association, which intervened in the case, said in an email that Elections BC’s guidelines are inconsistent with the court's ruling.

“This is frustrating and disappointing,” she said. “There is nothing in the Supreme Court’s decision that supports such a restrictive interpretation.”

The exclusion of groups and organizations is particularly concerning, Track said.

“Small organizations will continue to experience a chill on their ability to speak out on issues that matter to them and their members during election campaigns — a time when we should be encouraging robust discussion and debate, not stifling it.”

Story update, Feb. 3, 2017: FIPA and the BCCLA have written a joint letter dated Feb. 2 to Chief Electoral Officer Keith Archer asking that Elections BC revise the guidelines to make them consistent with the court's ruling.