For the past decade and a half, the B.C. government has cut taxes, regulations and public services. The needs of business have been prioritized over the needs of people and the environment. British Columbians have been told that the province cannot afford to invest in social programs.

Rather than assume a leading role in setting the conditions for our common advancement, the government chose to “get out of the way.” The painful cutbacks associated with this version of “fiscal sustainability” were supposed to create jobs and foster prosperity. With the recent uptick in economic growth, government has claimed victory, calling B.C.’s economy the “envy of the nation.”

Yet today our province has one of the highest rates of poverty in the country. Inequality continues to grow. We are grappling with a housing affordability crisis, and our minimum wage falls below living wage thresholds all across the province.

Our prisons are overcrowded and increasingly violent. Few seniors have access to professional home support services. Action on climate change has been rolled back, and weakened regulations and oversight have left British Columbia facing serious environmental risks and damage. In total, conditions hardly worthy of envy.

And yet, although our public services are stretched to the breaking point — the B.C. government has the smallest per capita public service workforce in Canada — the government continues to enjoy surpluses.

In this election year the BC Liberal government is attempting to shore up their political base by touting surpluses and promising to “provide financial relief to taxpayers,” presumably through some form of tax cuts.

The government argues that surpluses are excess funds that should be handed back to taxpayers. But in doing so, they ignore the real story — that budget surpluses have been realized on the backs of the most vulnerable British Columbians.

The throne speech is conspicuous for the things we didn’t see — affordable universal childcare, a poverty reduction plan, additional investment in mental health and addictions, or re-investing in a home support system that meets seniors’ continuing needs. 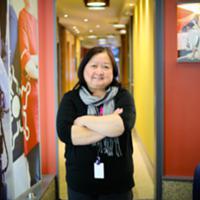 In fact, the word “seniors” is not to be found in the throne speech — amid reports that some 90 per cent of seniors’ care facilities are staffed below provincial guidelines.

Rather than trying to score political points by giving taxpayers some form of rebate, we believe the government should chart a different course, founded on three basic principles — quality family-supporting jobs for all British Columbians; reliable social supports for families and communities; and meaningful protection of our environment and natural resources.

To achieve these goals, we believe the government should implement a comprehensive poverty reduction plan, including: a substantial raise in the minimum wage and increased funding and staffing in the Ministry of Social Development; new funding for community-based health-care programs; immediate substantial re-investment in social housing; and implementing a universal $10 a day childcare system.

We are cautiously optimistic that new funding for the Ministry of Children and Family Development is forthcoming in the 2017 budget, but we’ll be watching closely for the details.

The B.C. government needs to address the ongoing crisis in our justice system, especially for court services, corrections and legal aid. We also need to restore funding for post-secondary education, including tuition-free adult basic education and ESL training, and allocate resources to mitigate the effects of climate change.

We believe that British Columbians would prefer the government to use surpluses to achieve these broad-based goals, rather than a short-term election year payoff. It has been said that a rising tide lifts all boats. British Columbians deserve a budget that begins to lift all boats, and not simply the yachts and ocean liners in English Bay.