“They hit me and I hit them back harder and they disappear. That’s what we want to lead the country.” — President Donald Trump, April 2016.

Premier Christy Clark has publicly attacked the most powerful and vindictive man in the world, condemning him as “disgraceful” — and British Columbia workers and industries will pay for it.

When Donald Trump was rightly criticized during the presidential campaign for his comments about women and alleged sexual harassment, Clark recklessly joined the attack.

“There is no way to defend what Donald Trump has said. And, in fact, everybody should be condemning it,” Clark told the Vancouver Sun.

“I think it’s absolutely disgraceful,” Clark added in a radio interview. “When he called it just locker room talk that every man engages in, he insulted every decent man in America.”

Most would agree with Clark’s views on Trump — and I do — but that isn’t just the issue. It’s much bigger.

The problem is that half of B.C.’s exports go to the United States.

And she did it to score a few B.C. headlines, as her comments obviously wouldn’t affect the U.S. election. The many Democrat and Republican current and former politicians, both women and men, who denounced Trump didn’t need Clark’s help.

And she did it knowing that the thin-skinned Trump is notoriously vengeful towards anyone who crosses him, telling one interviewer that the Biblical verse that most influenced him is “an eye for an eye.”

Trump echoed that view in his inauguration speech on Friday, with words that should frighten any foreign business selling products to the U.S.

“Every decision on trade, on taxes, on immigration, on foreign affairs will be made to benefit American workers and American families,” Trump said. “We must protect our borders from the ravages of other countries making our products, stealing our companies and destroying our jobs,” Trump said.

There’s no doubt that U.S. lumber companies will forward Clark’s words to the new Republican administration — or that Trump will be extremely vengeful.

British billionaire Richard Branson was stunned by Trump’s viciousness after having lunch with him several years ago.

“What concerns me most, based upon my personal experiences with Donald Trump, is his vindictive streak, which could be so dangerous if he got into the White House,” Branson wrote on his Virgin.com blog in October, adding that Trump said he was intent on “destroying” five people who had not helped him after his then-latest bankruptcy.

Last May, the premier whacked Trump over walls — trade walls between the U.S. and Canada.

“It’s not helpful when down in the States there are serious presidential candidates who are talking about building a wall between Canada and the United States. Trade barriers are just another kind of wall,” Clark told a national audience on CBC Radio’s The House. “I’d remind Americans that America was never made great, and no American president is remembered as great, because he built walls.”

Trump won’t take kindly to being lectured on greatness by a B.C. premier, I strongly suspect. And yet even last week Clark was foolishly talking tough about her plans for fighting the new administration.

“Time after time, without regard for the facts, the American government has accepted all of the allegations that have been filed by the U.S. lumber industry,” Clark told the Truck Loggers Convention.

“You would get more fair and impartial hearings from a judge at a pro-wrestling event,” Clark said, trying to get laughs at America’s expense. “But they have picked a fight and they will find out that in British Columbia, we are no pushovers. In the long term, we are going to get a fair deal for British Columbia workers and British Columbia businesses.”

That’s very doubtful, because the most protectionist president in recent history just took office with a Republican majority in the Senate and House and a belligerent U.S. forest industry demanding tariffs. And in the short term, B.C. workers and businesses will definitely suffer.

Since 2001, there have already been 150 mill closures and 30,000 fewer people are working in B.C.’s forestry industry, according to BC NDP leader John Horgan.

But the powerful U.S. Lumber Coalition doesn’t care. It argues that producers in B.C. and Canada have an unfair advantage over its members because they pay artificially low prices for timber from our publicly owned forests. The coalition wants tough new tariffs applied to Canadian softwood products.

The Coalition already has support from 25 U.S. senators and 41 members of the House of Representatives, both Republicans and Democrats.

Take Georgia Pacific, the second largest U.S. softwood lumber producer. It has donated more than $4.3 million to 2,197 different politicians, party organizations and campaigns over the past 26 years, favouring Republicans but giving to Democrats in forest industry states too.

And Georgia Pacific is owned by the controversial right-wing Koch brothers, whose Koch Industries has given $12.3 million to more than 2,500 politicians, party organizations and campaigns in the last 21 years — with a whopping $11.1 million to Republicans.

Can there be any doubt that B.C. and Canada are up against an incredible challenge in trying to protect our softwood forest industry against tariffs?

Some may still feel Clark’s criticism of Trump over his misogynist comments and possible sexual harassment were worthwhile, even if it hurts B.C. workers and businesses. Certainly her views were shared by many.

But it’s not like Clark has taken a feminist approach to governing in B.C. She is open to criticism herself for her response — or lack of response — to issues like inadequate support for sexual assault centres.

“The reality is that in order to keep supporting women to heal and access justice, we need to invest more in sexual-assault services, which are, unfortunately, chronically underfunded by the provincial government,” Irene Tsepnopoulos-Elhaimer, executive director at Women Against Violence Against Women, which runs the Rape Crisis Centre, said in June. 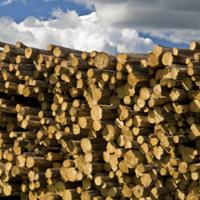 She added that since the BC Liberals took office in 2001, when Clark became deputy premier to Gordon Campbell, sexual assault centres have been underfunded and forced to depend on donations and apply to the provincial, federal and municipal governments for operating costs.

“They’ve dismantled the whole infrastructure for supporting women fleeing all types of violence, whether it’s battering, whether it’s sexual assault,” Tsepnopoulos-Elhaimer said. “We look to [Ms. Clark] for concrete action and investment in services.”

Given that kind of hypocrisy, it’s a little hard to see Clark as a crusader for women’s rights against an offensive Trump — not when actions speak louder than words.

So B.C. workers and businesses should be very worried. When Trump reads Clark’s condemnations — and the U.S. softwood lobby will make sure he does — he won’t hesitate to punish this province with painful tariffs that will cost us jobs and profits.