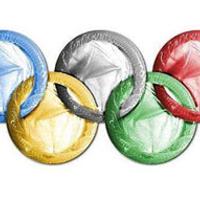 No Glove, No Olympic Love

GOLD to Joannie Rochette for the defining moment of the Games.

No Glove, No Olympic Love

GOLD to Canada's women athletes, who are winning most of our medals. Why might that be? Various theories.

GOLD (fillings) to foreign athletes getting dental care between competitions. "We see a lot of them, especially from former East Bloc countries -- and that's everyone from athletes to their administrative support staff -- coming in to get their teeth fixed while they are here," says a Vancouver Olympics volunteer doctor in this article. In the waiting room, look for German luger David Moeller, who broke his tooth biting his silver medal for photographers.

GOLD, SILVER AND BRONZE to Vancouver Canucks -- one each. A single Canuck will win each colour of medal -- there's one Canuck player on all four of the remaining teams. It only remains to be seen which players will sport which medals around the locker room. [Need a cheat sheet on who those players are? OK then: Ryan Kesler (USA), Sami Salo (Finland), Pavel Demitra (Slovakia), Roberto Luongo (Canada).]

GOLD to the 300 unionized YVR concession workers who successfully negotiated an agreement with their American boss, HMSHost. The action was intended to guard the job security of 60 workers at the YVR Milestones, which was to be replaced by a non-union Whitespot once the restaurant chain's lease ran out. After a one day strike, a six-day lockout and negotiations since Tuesday, the workers, who are part of the Unite Here Local 40, returned to work once negotiations started.

GOLD for tasteful investigative journalism to writer Jenn Laidlaw and photographer Kimberly Blue over at Vancouver blog Beyond Robson for their frank and personal exploration of Canadian culinary identity through a sampling of food offerings at Olympics venues. Now we finally know what a Solomon Gundy is.

GOLD for engineering a train goes to former Vancouver mayor Sam Sullivan, former councillor Peter Ladner and current councillor Suzanne Anton, and to mayor Gregor Robertson and councillor Andrea Reimer for working to keep it chugging. The train being the streetcar running for now between the Olympic Village station of Canada Line and Granville Island, which could be a forerunner of a robust light rail network throughout the Lower Mainland -- for about the same cost as one Port Mann bridge, according to sustainable transport expert Patrick Condon at UBC. On Wednesday, The Globe reports, Robertson said he "wants the provincial government and TransLink, the regional transit agency, to support and sustain the current line and its expansion."

GOLD to Qiu Xia He and Andre Thibault, who embody the multicultural hustle Vancouver bragged about to help snag the Olympics. The husband-wife team, who run Silk Road Music and Jou Tou, perform in a range of genres, from Chinese folk tunes to Spanish flamenco, and their usual schedule puts them everywhere from folk festivals in the Yukon to concerts in Guangzhou and gigs in the Saskatchewan public schools.

They've worked with the Cultural Olympiad in the past, but are plenty good at finding gigs on their own during the Games, and after. "The Olympiad only helped us to get the David Lam Park Live City Vancouver performance," Qiu Xia said, explaining that her groups' other performances had all been obtained by their own contacts.

Those other performances were numerous: By Feb. 14, Silk Road and Jou Tou had already performed at several other events, including the torch relay celebration in Coquitlam, the Place de la Francophonie 2010 festival on Granville Island, and the Festival du Bois, also in Coquitlam.

Jou Tou will share the concert stage with Khac Chi Bamboo Music on Feb. 28 at Terry Fox Theatre in Port Coquitlam. After the Games, it's on to shows in Toronto and Quebec.

SILVER to cgordon at the Vancouver Media Coop for publishing what we believe to be the longest extended analogy of the Games, comparing tensions over the Olympics to what would happen if an apartment building full of tenants, rich and poor, couldn't agree on how to throw a party.

BRONZE for the lanyard geeks at CTV/Globe and Mail. Their piece about how the nerd-core "neck wear" has become a fashionable collectors' item during the Games will be studied closely by anthropologists a century from now, no doubt, even if it does raise immediate questions about reporting priorities at the news giant. Still, it's a real scoop compared to this...

FACEPLANT by the Canwest synergized journalism team, for being too easily taken in by self-promoters. Consider this piece about a pair of Victoria dudes who have decided to experience the Olympics from a limo. We learn that the two purported "journalists" from Victoria have been driving in and around Vancouver and Whistler, playing hockey games on their X-Box and grandstanding as some sort of beer drinking D.I.Y media personalities who interview an athlete here and there and cook hot dogs for people down on Hastings.

To be fair, The Province only ran a short piece on these guys. Sister station Global TV actually produced a full five minute segment on them and their faux National Lampoon-style odyssey through Olympic excesses. At one point Global's reporter cuts to the heart of the story and asks what their whole point is. Answer: "We're gonna do whatever. We're just gonna roll with the punches and see what happens." More at 11.

PENALTY BOX to Globe and Mail TV critic John Doyle for his smarmy confession about how he gets all warm-and-moist watching female athletes curl. "What's hotter than a woman yelling 'harder'?" was the headline on his Feb. 18 column, which listed the charms of the other Olympic "hotties" like Lindsey Vonn -- the Sports Illustrated swimsuit star (and U.S. ski racer) -- against Canada's Cheryl Bernard.

Maybe it's the image of this old wanker leering at women young enough to be his granddaughter that makes the skin crawl? Or perhaps it's his ranking women athletes according to how much they turn his crank that made for such a creepy read?

Unlike ski jumping, the race to the bottom is an equal opportunity event, so Doyle shall be joined in the penalty box by Chatelaine magazine, which offered a photo spread on Canada’s "hot" male athletes, most of whom are young enough be the readership's grandsons.

PENALTY BOX to the IOC and Hockey Canada. The IOC condemned the Canadian women's hockey team for taking their celebration -- along with cigars, beer and champagne -- back onto the ice where they won their gold medal, even though the crowds were no longer in the stadium, even though the team deserved to blow off some steam after meeting, if not surpassing, our small country's massive hockey expectations. And rather than protect the athletes against the IOC's heavy-handed puritanism, Hockey Canada chose to apologize for it. Would the IOC and Hockey Canada have reacted the same way if the un-lady-like cigar-smokers had been men? Would Hockey Canada, in particular, have blown it off with a dismissive boys-will-be-boys comment? We can't help but ask.

The moment is reminiscent of the IOC's banishment of U.S. snowboarder and bronze medalist, Scott Lago, who was sent home when pictures surfaced of a woman kissing his bronze medal, which was hanging at crotch level.

News flash: these athletes are human, let alone young and living in an age where every human has a camera and a place to publish the pictures. Cut them some slack. They are probably more well-behaved than any athletes in history. We're sorry, IOC, if once in a while they act like the young, rambunctious, sexually alive human beings that they are. We're sorry if that might threaten your sponsors' ability to sell sugar water and trinkets. But we don't want you to project to the world a way of living that doesn't allow the full expression of the human animal. For that, you get five minutes and a game misconduct.