A drug-testing device approved last fall turns back positive test results for opiates after merely eating a substance that has so far never faced legal sanctions in Canada: a poppy seed muffin from Tim Hortons.

The Dräger DrugTest 5000 was approved by then justice minister Jody Wilson-Raybould to help combat impaired driving. But the approach has received criticism from those who question its reliability and the level of intrusion.

“I had heard the rumours, but I had no idea if they were legit,” Paul Doroshenko, a lawyer at Acumen Law in Vancouver told The Tyee, about the idea to try the machine against a muffin.

No, his suspicions didn’t come from the famed episode of Seinfeld where Elaine tests positive for drugs on a workplace screening, only to find out the culprit is the poppy seed muffin she ate. Doroshenko quit watching TV 30 years ago, he says.

“I just had an inkling as I was standing there in line. Somebody said something about poppy seeds once. My Baba used to grow opium poppies in the backyard, and someone used to come clip the heads off them every year,” said Doroshenko of where the idea may have originated.

So he downed a poppy seed muffin from Tim's and tweeted out his results.

Doing #cannabis testing this weekend following scientifically accepted protocols. On my way in I bought myself poppy seed cake at Tim Hortons. 17 minutes after eating it we conducted a test on the Dräger Drugtest 5000. The result? Opioids. pic.twitter.com/NRz3Lglg6p

Doroshenko said that he and two others tested positive on the Dräger device with a saliva test, consistent with roadside tests, after eating the muffin.

He followed up 35 minutes later with a urine test consistent with one a person would receive if brought back to a police station for confirmation. That result also was positive. An hour later, he tested as clear of opiates on the Dräger again.

Doroshenko doesn’t question the important goal of getting impaired drivers off the road. He is concerned, however, that the devices could result in up to a 45-minute roadside wait before someone subjected to the test could be cleared. This amounts to a detention without a right to seek council, he said.

But more importantly, the public doesn’t know what kind of testing the devices have been subjected to before they were approved. Nor what data is presented to officers by the devices, which are supposed to be approved to detect only THC and cocaine.

“You’d think they would just put all their data out there, but they don’t,” said Doroshenko.

Doroshenko points out the reliability is particularly under scrutiny for the varying temperatures found in Canadian roadsides.

“Do they just rely on the manufacturers giving a range on their own studies and just examine the data that they provide? I don’t know.”

The public doesn’t know for certain if officers would see the full gamut of tests the machine is capable of, which could bias them against a poppy seed bagel enthusiast, for instance, if the opiate test remains functional. The software deployed on the devices likely varies from province to province, said Doroshenko.

In the U.S., for workplace testing, the federal government has set the recommended level needed to test positive for opiates to a level that means for a person to test positive they would have to have eaten three large poppy seed bagels.

The Tyee has previously reported on the opaque process surrounding approval of police technologies. The public may only learn small morsels about what technologies are approved and what measures have been considered, as a result of complaints when the technologies are already being used in investigations. 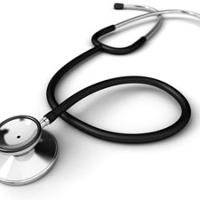 Doroshenko isn’t sure how many arrests based on readings by the device have led to convictions, because reports aren’t made available on that either, he said.

Previous freedom of information requests that Doroshenko completed (which cost him $1,200) revealed existing comments from toxicologists that ultimately cast enough doubt on the reliability of a Breathalyzer device to have it removed from usage.

“That led to the end of that machine. I’m sure they are a lot more careful after that, because that was an embarrassing thing. That was just after the federal government had passed legislation saying, ‘These things are perfect,’” Doroshenko said.

Until more information is made public, you might want to choose your double-double accompaniment wisely.