The B.C. government has been squandering opportunities to create good, green jobs, says Irene Lanzinger, president of the BC Federation of Labour.

As a member of the steering committee for Green Jobs BC, an alliance of labour and environmental groups, Lanzinger has been promoting green job creation for the past seven years.

She hasn’t seen any evidence that government is listening and says the BC Liberal government’s job creation initiatives since the last election have missed the mark.

“I don’t think they’ve gotten it right anywhere,” she said. “This is a government that came up with a jobs plan that was almost entirely based on LNG and mining, and neither of those things have panned out. They have not taken advantage of these opportunities in the green sector.”

They’re all ripe with “low-hanging fruit” when it comes to potential job creation, said Lanzinger.

But the coalition doesn’t just want more jobs. A transition to a low-carbon economy, said Lanzinger, is an opportunity to create higher quality jobs.

“Let’s make sure they’re not crappy low-wage jobs, but are good jobs that have good wages and benefits,” she said.

Some of the sectors targeted in the green jobs plan are already heavily unionized, positioning them to provide better wages, benefits and working conditions, said Lanzinger. The forestry sector is a prime example of a union-heavy industry with room for the creation — or re-creation — of good jobs.

“We have not managed our forests well. We’ve shipped a lot of raw logs overseas. We’ve cut the people who inspect and look after our forests in the provincial public service,” said Lanzinger.

The direction the government has taken with forestry makes no sense from either a job creation or environmental point of view, she said. “I think it only makes sense to a government that is intent on fewer government regulations.”

Public transit is another area where Lanzinger says job creation opportunities have been wasted.

Green Jobs BC supports the Mayors’ Council transportation and transit plan, which calls for investments in transit and infrastructure. The alliance suggests that increased transit should be funded by a “stable, predictable portion of the carbon tax.”

Retrofitting the province’s public buildings to improve energy efficiency and ensuring new buildings meet the highest standards could be a third source of good jobs, according to the coalition, while growing the green economy and helping the province meet its climate commitments.

Homeowners could be encouraged to do the same, she said. “We could have good incentives for homes to do that for residential retrofitting and that would create jobs and clean the environment,” she said.

Clean energy is the final pillar in the Green Jobs BC plan. Although BC Hydro provides relatively clean energy, there are opportunities for efficient clean energy production from wind, solar and geothermal that the province and Crown corporation haven’t explored, according to Lanzinger.

“That’s one thing that we have to really look at,” she said.

The Liberal government under Gordon Campbell encouraged independent power projects like small dams on rivers, but barred BC Hydro from participating and turned to private companies.

Lanzinger believes that Hydro could have created these projects more responsibly.

“A lot of those projects have failed because they were fly-by-night operations and we could have done it with a Crown corporation, well-established, that already had infrastructure and staff,” she said. “It was just a terrible, terrible decision that was really about privatizing Hydro and not about anything else.”

In 2013, for example, the government cancelled 10 contracts with IPPs and deferred another nine after project proponents failed meet the terms of their purchase deals.

“I think they require that the government is involved and active,” she said. “They require both government policy and some upfront investment.”

The BC Liberal government has failed to act on the opportunities, she said.

In Lanzinger’s view, governments have a major role to play in job creation and environmental stewardship.

“We should be using public projects to make the lives of British Columbians better with good jobs that pay good wages and have benefits, by training the next generation of tradespeople,” she said. Government should insist on labour agreements as part of public projects, requiring a unionized workforce, apprenticeships and equity provisions for women and equity-seeking groups.

But that’s not a model, she said, that’s supported by the current government.

As the parties roll out their platforms for the May 9 election, Lanzinger is hoping to see promises that will advance Green Jobs BC’s plan.

She believes there’s an accepted narrative on the strengths of B.C.’s major political parties.

The past few years, she said, have showed that’s a myth.

“The Liberals have been terrible on jobs and the economy,” she said. “We have the highest rate of part-time jobs of any province in the country and one of the lowest minimum wages. We’re the only province that has a percentage of part time jobs over 20 per cent.”

Green Jobs BC met with the political parties in the run-up to the 2013 election to brief them on its plan.

“Essentially, we told them what I’m telling you, that these are four areas with lots of potential for green jobs and reducing carbon emissions. But the Liberals got elected and we didn’t see any of that get put into place.”

Since then, the coalition has continued to push its message, building partnerships and staging an annual conference to spur conversation around the green jobs.

It’s holding an all-candidates meeting tonight at 7 p.m. in the Alice MacKay Room of the Vancouver Public Library main branch on West Georgia Street. The organization plans to livestream the event on its Facebook page. 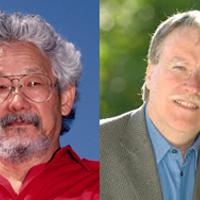 “We hope to inform people about what the positions of the political parties are on these issues,” she said. “Part of this is educational. But it’s also, of course, the hope of influencing them and telling them what we think should be in the platforms.”

She believes the creation of well-paid green jobs would benefit everyone.

“It’s just a very short-term view to allow children to grow up in poverty, she said. “Even if you don’t find that morally abhorrent, as we all do, economically, it’s not good for us. We pay a cost in the long term.”