Indigenous children, mostly on reserves, are being taken into care because provincial and federal underfunding creates a two-tiered child welfare system and fails to provide prevention services, according to a report from the Representative for Children and Youth released Thursday.

More than 60 per cent of the approximately 7,000 B.C. children and youth in care are Indigenous; they are almost 17 times more likely to end up in care.

The lack of resources also meant workers could not deliver culturally based services, which the delegated agencies are required to provide, or long-term planning for kids in government care.

“We have a system that does not account for the fact that the need for services is greater in DAAs to address the intergenerational effects of residential schools and other colonial policies in Canada,” said Bernard Richard, the Representative for Children and Youth.

But Richard said since the funding doesn’t start until April 1, it’s too early to say what the impact will be.

“It seems like the ministry would like us to report on their good intentions,” he said. “We’ll have to wait and see.”

The provincial government is responsible for ensuring B.C. child welfare policies are enacted on reserves. It receives top-up funding from the federal government for children with status under the Indian Act.

Richard’s report calls on the federal government to overhaul the child welfare system and reduce the number of Indigenous children in care.

He noted the Canadian Human Rights Tribunal ruled last year that the federal government discriminates against children on reserves by not providing adequate funding for their care.

Mary Teegee, executive director of child and family services at Carrier Sekani Family Services, a delegated agency that participated in the review, says funding levels must increase to provide prevention services to keep kids out of care. That means funding housing, mental health and culture, she said.

“We know that if a child knows who they are, they know where they come from, they are least likely to engage in high risk activity,” she said. “Working to provide holistic, wrap-around services is absolutely important in preventing children going into care, and including those family members.”

The Tyee called Indigenous and Northern Affairs Canada for comment, but Minister Carolyn Bennett was unavailable.

Instead the ministry sent a statement highlighting the $635 million promised over five years in last year’s budget to reform First Nations child and family services and a federal, provincial and First Nations Leadership Council working group on child welfare reforms.

“Removing children from their homes has a devastating effect on both the child and the parents,” the statement said. “That is why the federal government is working closely with First Nations to reform the system and end the perverse incentives in the funding formulas that incentivize children being apprehended.”

Lack of funding ‘an embarrassment’

The representative’s report says there is no formula to determine costs and needed funding, although agencies working with rural and remote communities face much higher expenses.

“Those social workers have to do work in remote communities, have to drive three hours to go see their kids, with extra... kids on their caseload, against the standards,” she said. “That’s not being treated as equals [to ministry workers].”

Richard said the provincial and federal governments need to work together. Cadieux told him the ministry has just begun talking to Indigenous and Northern Affairs after “years of virtually no communication,” he reported.

“There is an urgent need for both levels of government to develop a real, concrete plan to address a critical issue that’s an embarrassment for the country,” Richard said.

The provincial government has promised that $14.4 million in additional money for DAAs will bring them up to the level of ministry supported agencies. But Richard says that’s not enough considering the higher needs and remote locations of reserves. 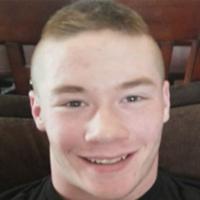 It Didn’t Have to Happen This Way: Government Still Failing Vulnerable Youth

Commissioned by the ministry, the report calls for an overhaul of the system to focus on prevention and funding that meets community needs, particularly for hiring more frontline social workers.

Although Richard’s report does not include recommendations, he said his office and the ministry have agreed to start working groups in order to track the status of recommendations from previous Representative for Children and Youth reports.

“At the end of every day, I firmly believe that what we all want is for kids to be safe, to be happy and to be able to reach their full potential, whether they’re Indigenous or non-Indigenous,” Richard said. “We’re a rich province in a rich country. We’re able to do a much better job than we’ve been doing in the past.”