If governments’ repeated failures in helping the province’s most vulnerable children and youth aren’t an election issue, we’ve lost our way as citizens.

Morally, of course. When we take children into government care, we assume responsibility. We have an obligation to offer the same support and opportunities we strive to give our own children. We haven’t come close to doing that for at least 25 years in this province.

A 2015 report by the Representative for Children and Youth found 88.3 per cent of students who started Grade 8 in 2007 graduated four years later. Only 41.5 per cent of their classmates who were children in care graduated along with them. A 2009 study found children and youth who had been in care were more likely to have been involved with the justice system than to have finished high school. And the government’s cruel policies on aging out — basically cutting youth in care adrift at 19 — condemns many to welfare, poverty and homelessness.

We should be heartsick at reading reports like the one released this week on the life and death of Alex Gervais, who was repeatedly failed by the Ministry of Children and Family Development during a life that would have broken almost anyone.

The focus has been on the use of private contractors, like the one who failed to provide support in the weeks before Gervais jumped out of a motel window to his death.

But take 30 minutes to skim the report, and you’ll see a lifetime of failures. Alex was taken into care at seven, after a hellish and damaging early childhood of physical and emotional abuse and neglect.

In his first 17 months in care, he lived in nine different foster homes. There was no planning for continuity in his life, or for any of the moves. He just was told to gather up his few possessions and head off to live with new strangers for a month or two, or to a motel, even at age eight. (At 13, Alex owned three pairs of socks, three pairs of underwear, two pairs of pants, five t-shirts, a hoody, some winter clothes and shorts for gym class. It didn’t take him long to pack.)

Part of the problem was his “challenging behaviours.” But although staff tried five times to refer him to the ministry’s child and youth mental health programs, that never happened.

At nine, Alex moved back in with his stepmother. But that transition went poorly because ministry staff shortages and “bureaucratic obstacles” meant a needed home study — and thus financial support — was long delayed. His stepmother’s requests for respite support, to allow occasional breaks, were stalled “due to severe backlogs” in processing files in the ministry. Even when the school reported Alex might be being physically abused again, the investigation was delayed due to “workload issues.” (Another foster home placement broke down because the ministry wouldn’t provide respite and other supports.)

There were times it could have gone differently. When Alex was nine, he had a real chance to live with a caring aunt in Quebec. She was keen; his mother and half-brother were in the community. His ministry social worker was assigned to work on the placement in February 2008.

But it didn’t happen. “The team leader stated that the office at the time was dealing with high caseloads which resulted in permanency planning being given a very low priority,” the report says. Consider that sentence — finding stable homes for children in our care was “a very low priority.” Too few staff were dealing with too many cases, and kids like Alex were lost along the way.

That has been a common theme in report after report, and Alex continued to suffer as a result. When Alex was in Grade 6, the need for some stability in his life and a plan for his care were evident. But his social worker said the office was “too busy” and planning for a stable placement for him “kind of got dropped.”

At 13, Alex was moved along to a delegated aboriginal agency — he was Métis. There was no plan for him, beyond waiting until he turned 19 and pushing him into the world. His complaints about criminal activities in some of the residences he was placed in were brushed aside. The representative’s report says investigators heard from several sources that “caregivers hired to look after Alex and another youth at the house were heavily involved with drugs and gangs, and exposed the boys at the home to drug use.” Monthly reports for his social worker “appear to have been cut and pasted, with little to no change in them from month to month.”

And all this while Alex was increasingly involved in high-risk activity, periodically suspended from school and generally demonstrating every need for serious help and intervention. Instead, he was warehoused, with care provided by people with a criminal history in homes where spot checks found no food for the kids in care.

An eventual investigation into the agency found neglect, inadequate background checks for caregivers and insufficient food or clothing for the children and youth in care. The agency lost its contract, but only after Alex had been in its “care” for seven years.

And then he was sent to the motel, with an $8,000-a-month caregiver who was never around, and killed himself.

There is no guarantee bad things won’t happen to children and teens, in or out of care. Mistakes will be made, warnings missed.

But Alex didn’t end up in that motel, desperate and a mess, because a mistake was made. The government had set up an underfunded, dysfunctional system that failed him repeatedly, even when the need for help was obvious.

And that is the familiar story from a long list of investigations and reports, too often into deaths.

Minister Stephanie Cadieux reacted in the usual way, with sympathy, claims work is already under way, promises of action and some misdirection.

The problem was not a lack of resources, she said. But that’s not true, as the representative’s report makes clear. If the ministry was adequately funded, and frontline workers were able to do their jobs, Alex would not have been shuffled from placement to placement. He would have had an effective care plan, regularly updated. His placement with his aunt could have been successful. His life could have turned out very differently.

And the problem was a lack of resources.

And while Cadieux is now promising changes to contracted care, the ministry and the Federation of Community Social Services of BC collaborated on a 2012 report that the government was supposedly implementing even as Alex’s life went horribly wrong.

I started covering the B.C. legislature 20 years ago. I’ve read too many reports on how families, children and youths are being hurt by governments’ failure to manage this challenge. Too many deaths, injuries and lost opportunities.

The next election is three months away. This should be a key issue, morally, practically and as a basic indicator of government competence. Voters should have hard questions for the parties.

For starters, on funding. In opposition, the Liberals demanded more than just increased funding for the ministry—they wanted an entirely new approach. Linda Reid, now the Speaker, then the Liberal critic for children and families, demanded a needs-based budget. Figure out first how to meet the needs of children and families, and what that would cost. Build the budget around that (even if some hard choices might be needed). Instead, the Liberals have treated the ministry like any other, imposing arbitrary and damaging cuts or freezes.

Look for a party that doesn’t just promise more money, but a new model.

Another simple test is the parties’ positions on aging out. The current policy of basically cutting kids adrift at 19 is destructive and costly. Parents know teens, especially teens who have often experienced difficult childhoods in care, are not magically ready at 19 to survive, let alone thrive, on their own. Look for a party that will increase that age, with phased support that lasts four or five more years, perhaps decreasing as the youths find their way. Polls have found broad public support for increasing the age at which youth lose supports. 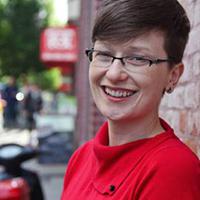 Getting BC Ministers to Talk about Struggling Kids Proved Impossible

Search for a party that doesn’t look at the ministry and its work with families, children and youth in isolation. The needs, and responses, should cross ministries. A child poverty plan is an essential part of reducing the number of children who need to be taken into care. And the parties’ plans should include specific efforts to work with families to avoid the need to take children into care (including economic support).

And consider the parties’ plans for reducing the number of Indigenous children in care, still 15 times more likely to end up in care than their non-aboriginal peers.

We’ve been failing these kids for far too long. The few gains — fewer children in care, for example — have been outweighed by the gaps and breakdowns.

This election is your chance to make sure that changes. It’s a test of our decency as a society.