Vancouver lawyer David Butcher has been appointed as the special prosecutor to oversee the RCMP’s investigation into alleged illegal political donations in British Columbia.

The RCMP formally asked assistant deputy attorney general Peter Juk on March 27 to appoint a special prosecutor to provide police with legal advice during the course of their investigation, according to a statement from the province’s Criminal Justice Branch.

“The [assistant deputy attorney general] concluded, based on the request and the information available about the alleged circumstances of the case that the appointment of a special prosecutor is in the public interest,” the statement said.

Special prosecutors are independent from the government and are appointed “where some aspect of an investigation, or prosecution file, carries a significant potential for real or perceived improper influence in prosecutorial decision making.”

According to the branch’s website, those situations can include cases involving cabinet ministers, MLAs or people who are in a close relationship to them.

The investigation, which Elections BC referred to the RCMP earlier this month, follows reports in the Globe and Mail that lobbyists have been making political donations to the BC Liberals under their own names and then being reimbursed by clients, thus obscuring the real source of the contributions.

Democracy Watch co-founder Duff Conacher had told The Tyee a special prosecutor is needed in this case to prevent political interference and this week the NDP joined the call.

Attorney General Suzanne Anton has made statements in the media suggesting the problem with the donations was that people had simply made mistakes and that the investigation was into individuals, not political parties.

That had Vancouver labour lawyer Jonathan Hanvelt observing, “It seems to me the comments she made appeared to pre-judge the outcome of the investigation.”

Anton is seeking re-election in Vancouver-Fraserview, which she won by fewer than 500 votes in 2013.

The NDP’s critic for the attorney general, Leonard Krog, welcomed the special prosecutor’s appointment. “It helps focus people on what should be a major campaign issue and that’s big money in politics,” he said. “Who donates? Who benefits? Those are questions people need to ask.”

The majority of British Columbians want a ban on corporate and union donations and a cap on individual donations, but the government has refused to make the change and continued to raise millions from wealthy donors, Krog said. “I think the arrogant response of the government, including the attorney general, to the whole big money scandal shows why they deserve to be booted from office.”

Butcher was previously the special prosecutor on the “quick wins” scandal that saw a numbered company run by two BC Liberal insiders plead guilty in 2016 to a charge under the Election Act and fined $5,000. 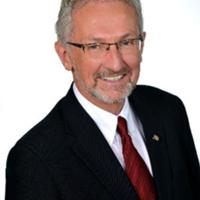 In the current case his job is to provide the RCMP with legal advice, review any report they may make on the matter, decide if charges are warranted and conduct the prosecution.

The statement from the Criminal Justice Branch says neither it nor Butcher will be commenting further since the matter is under ongoing investigation.

Last week the BC Liberals reported they had identified 43 indirect contributions worth a total of $92,874.36 that they would be refunding, plus another 30 where individuals had alerted the party that “clerical errors have resulted in contributions being reported inaccurately” with the individual wrongly listed as the contributor instead of their employer.

An NDP official has said his party had also returned four donations worth a combined total of $9,950 that were made indirectly and is looking at the details of two others that have been brought to the party’s attention.

Butcher’s appointment as special prosecutor comes less than six weeks before the B.C. election scheduled for May 9.