The assistant deputy attorney general appoints a special prosecutor when it would be in the public interest to have somebody who is independent of the Criminal Justice Branch and the Ministry of Justice to provide legal advice to investigators or decide whether charges should be laid.

According to the branch’s website, those situations can include cases involving cabinet ministers, MLAs or people who are in a close relationship to them.

The investigation, which Elections BC referred to the RCMP earlier this month, follows reports in The Globe and Mail that lobbyists have been making political donations to the BC Liberals under their own names and then being reimbursed by clients, thus obscuring the real source of the contributions.

Last week the BC Liberals reported they had identified 43 indirect contributions worth a total of $92,874.36 that they would be refunding, plus another 30 where individuals had alerted the party that “clerical errors have resulted in contributions being reported inaccurately” with the individual wrongly listed as the contributor instead of their employer.

An NDP official has said his party had also returned four donations worth a combined total of $9,950 that were made indirectly and is looking at the details of two others that have been brought to the party’s attention.

Democracy Watch co-founder Duff Conacher has previously told The Tyee a special prosecutor is needed in this case to prevent political interference. 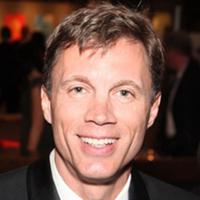 Attorney General Suzanne Anton this week downplayed the importance of the case, telling News 1130 radio, “I think that people will take it for what it is, which is, I’m sure for the most part if not for the entire part, I mean this is a mistake by people.”

She also said the forms the party uses for donors to report donations may have contributed to the errors. “I think we’re all learning from this.”

Anton was unavailable for an interview today and a spokesperson for her ministry referred questions about whether a special prosecutor should be appointed to the Criminal Justice Branch.

A spokesperson for the branch said there was no update Wednesday afternoon. No special prosecutor has been announced on the file.

Krog said violations of the Elections Act are uncommon and the RCMP should have already requested the assistance of a special prosecutor. 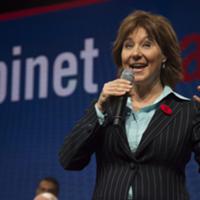 “It would help put the public mind at rest and it would help the opposition to have confidence that truth is going to be found,” he said. “The Liberals are trying to say ‘move on, nothing to see here,’ which makes me think there is something to see.”

Jonathan Hanvelt, a labour lawyer, wrote on Twitter that Anton’s comments on the radio were inappropriate for an “impartial” attorney general to make while the RCMP’s investigation is underway.

“I think this goes to the heart of why we have a process for special prosecutors,” he said in a phone interview, adding that it’s about the administration of justice and the integrity of democracy. “We have a political party who is in government that is being investigated. This seems a situation where a special prosecutor is entirely appropriate.”

There is significant potential for the public to have the perception that there’s been improper influence on the decision-making process, Hanvelt said.

“Suzanne Anton was on the radio already suggesting that what we have here is an issue of mistake, an innocent mistake, an oversight that will be rectified,” he said. “It seems to me the comments she made appeared to pre-judge the outcome of the investigation.”

Noting the BC Liberal Party has already returned nearly $100,000, he said, “There’s no question they’ve materially benefited in a very significant way from the donations that are under investigation.”