Green Party leader Andrew Weaver acknowledged in a Facebook post Monday that attracting candidates from diverse backgrounds is an issue for the party.

“Today The Tyee identified a challenge we have had in building our slate of candidates,” Weaver wrote. “That our slate is not as diverse as it could be.”

The Tyee reported Monday that out of 59 Green candidates named by the end of last week, just 18 identify as women and roughly 90 per cent are white. Both the NDP and Liberals have more women and candidates from minorities.

“We know this is a problem,” wrote Weaver. “It is a problem that has plagued every party. Although there have been many positive initiatives to increase diversity in our political system, it remains a challenge that every party must address.”

The Greens are a small party with limited resources, he said, but have been working for 18 months to recruit “the most credible and diverse slate of candidates we have ever run.”

“Still, when we look at the diversity of our province and our candidates, we know there is plenty of work left to do.”

Last week Weaver said the NDP’s equity policy, involves “ridiculous rules” and is unfair. Under the policy, the nomination to replace retiring NDP MLAs can only go to women and people from other groups who have been under-represented in politics, including ethnic minorities and people with disabilities.

Weaver’s Facebook post said he still disagrees with the NDP’s approach, but gave the party credit for trying to address the issue. “In responding to questions on this issue I focused on the details of their policy rather than the necessity of proactively addressing the issue of diversity in politics. I think it is important to commend them on taking action on this important issue.”

As the Green Party grows, its volunteers, members and supporters are becoming more diverse, he wrote. “As a government and as a party, we will continue to do everything we can to reach out to communities that are disenfranchised and under-represented in our political system.” 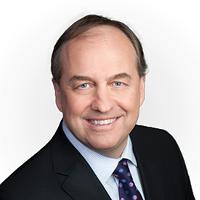 BC Greens Lagging in Candidate Diversity

Nicola Spurling, the Green Party candidate for Coquitlam-Maillardville, also posted about the issue on Facebook.

“The BC Green Party has diversity that is both seen and unseen,” she wrote. “We have people of colour, women, gay people, trans people and, most importantly, people from a wide range of backgrounds, who all provide unique perspectives.”

Spurling is on the board of the Vancouver Pride Society, which, she wrote, voted to remove quotas for board members “because they require that a person explain how they are diverse.”

“I don’t need to address every way in which the BC Green Party candidates are diverse, I just need to acknowledge that we are, that we have an excellent group of qualified candidates, and that we are committed to serving, protecting and respecting all British Columbians,” she wrote.

“I am approaching my campaign as a candidate that is focused on the issues, and not a candidate that will exploit my identity for votes. I hope that my fellow candidates, from all parties, will be taking a similar stance.”