The author of the new report Toward Adequate Income Assistance for People with Disabilities in British Columbia, published by the Broadbent Institute ahead of this year’s provincial budget, says higher assistance rates would reverse years of “stealthy” cuts where frozen rates have meant recipients can afford less each year.

“When you don’t increase benefits for eight, nine years or longer, there’s inevitably decline in the purchasing power,” Prince said in a phone interview. “Regardless of where you live in B.C... you are well below what Statistics Canada and the government of Canada would define as a necessary basket of goods.”

A $924 annual increase that started in September was the first raise to disability rates since 2007, and was not enough to make up for the $1,218 in purchasing power that had been lost over that time, according to the 14-page report.

“There is a substantial gap between assistance rates and a dignified standard of living,” the report said. “Relative to the Market Basket Measure, the $11,416 in maximum income assistance for those with disabilities in B.C. ranges between 58 to 67 per cent of the income required to meet the necessities of living in 2014.”

The rates are far below poverty levels and ranks B.C. fifth out of 10 provinces, behind Alberta, Saskatchewan, Ontario and Quebec, it said.

The report recommends that the government make it a goal to close the gap between the support rates and what it actually costs for a basic living in the province. That would mean raising the rate from the current $924 a month for individuals to $1,650 per month, which it says could be done incrementally between now and 2024. 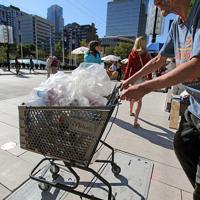 In BC, Help Out of Poverty... Unless You're on Income Assistance 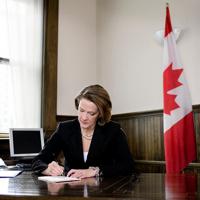 It also suggests indexing the payments so that they are automatically adjusted each year to changes in the cost of living in the province. And it recommends striking an expert panel to review all income assistance and social development programs.

The report recognized the government had made some positive policy changes, including raising the amount of assets people could have while receiving help and the amount that they could earn without having assistance reduced.

“Where B.C. has lagged — and still does — is with respect to the basic amount of monthly income assistance provided to persons with disabilities,” it said. “It will take more than a one-off measure in the February 2017 budget or a campaign promise for a one-off increase to disability assistance announced prior to the May 2017 election.”

Social Development Minister Michelle Stilwell was unavailable for an interview.

Prince said his report is part of a long-standing call from disability and anti-poverty groups to raise the rates and index them to the cost of living. While many advocates would like to see faster and larger increases, his goal was to show that it’s within reach for the government to keep the promises it has already made, he said.

“I’m trying to push the debate and keep some attention on income reform,” Prince said. “I’m trying to hold onto the vision of 2024 and map out a scenario for how to get there.”

With the province running budget surpluses and championing the strength of the economy, the government can afford to increase assistance rates, he said. “If there’s a time, this is it.”

The provincial budget is scheduled for release on Feb. 21.