A $400 increase in Alberta's disability benefits announced last week has poverty reduction activists simultaneously cheering on the province, but booing British Columbia, whose disability rates are now so low a family of six doesn't receive as much as a single person in Alberta. 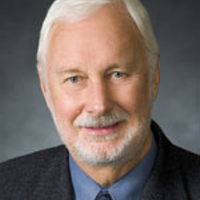 Welfare Hike Would Make BC 'Magnet' for Poor: Minister

Last week Alberta's Progressive Conservative government announced it's 2012, which increases their Assured Income for the Severely Handicapped (AISH) payments budget up to $1,588 a month from $1,188 per AISH person, while work exemption rates have doubled to a minimum of $800 for a single person to a maximum of $1,950 per month for an AISH family.

Coming into effect April 1, the increase is going to cost the government an additional $271 million this year, raising the AISH annual budget to nearly $1.1 billion for 2012-13. This is the sixth AISH increase since 2005.

"Just like anyone else who receives raises at work, AISH clients have been receiving increases to try and keep pace with a general increase in costs for them," says Carolyn Gregson, a public affairs officer with the Ministry for Seniors in Alberta, which runs AISH. "We're trying to keep up with the cost of living."

In comparison, a single person designated as a Persons With Disabilities in B.C. receives only $906.42 per month, with a maximum work exemption of $500. A family of six, where one parent is disabled, receives $1,579.96 per month, and the earnings exemption stays at $500.

'People in BC wanting to come to Alberta': Gregson

The typical family on AISH is a two-parent family where one is on AISH while the other works full or part time. The second most popular family type is a single parent, whose $1,588.00 might not be enough to cover expenses. That's likely why, unlike in British Columbia where child support and the National Child Benefit Supplement are clawed back from income assistance, any child support payments or benefits are exempt from AISH.

"Usually anything to do with children they exempt, because that's support directly to the child, and child support is supposed to offset children's expenses, not the adult. The AISH income benefit is for the adult," Gregson says.

AISH also covers basic health needs like some prescriptions, optical, dental, diabetic supplies and ambulances; parents with school-aged children receive $50 to $175 per year for school expenses depending on the age of the child; and there's partial coverage of other needs like medical equipment or special clothing.

Thanks to the increase in exemptions making more disabled people eligible for the benefits, Gregson says the government expects the number of people on AISH will increase soon to 46,000 from the current 44,500. But it's not just Albertans who are interested in the increase in rates.

"We're actually getting quite a few calls from people in B.C. wanting to come to Alberta. I can see why," she says, adding there is no residency restriction on AISH benefits requiring you to wait a certain period to be eligible after moving to Alberta.

"I bet they'll reap some good social benefits with healthier people and less stressed out people," she told The Tyee. "But what really astounded me was the $1,950 earned income exemption, which is substantial, and that's really helpful to people. I think in the long run people will become more independent."

Inching toward a living wage

Poverty reduction advocates in Alberta are also pleased with the increase, saying it will definitely help people and families on disability. But Joe Ceci, coordinator of Action to End Poverty in Alberta and former Calgary city councilor, says it still isn't enough money to afford big city living.

"A single bedroom rental apartment (in Calgary) is $700-$800, so you put food on top of that, you put other necessities like utilities on top of that, and you're not left with anything to save," he says. "What would be helpful are things like rent control so that not most of your income is going to pay for accommodations."

Ceci would like to see all income assistance levels based on a living wage. For example, he says a living wage in Calgary would mean making $12.50 an hour, plus benefits, for 40 hours per week. That's $2,000 a month before benefits.

"We still have the second-lowest minimum wage in the country, and you're not able to get by on a minimum wage with the cost of living and the cost of your necessities here in this province," Ceci told The Tyee.

In an emailed statement to The Tyee, the B.C. Ministry of Social Development asserted they couldn't afford increases on the level Alberta has provided to their disability beneficiaries because "B.C.'s Person With Disability benefits are provided to almost double the number of individuals supported by AISH."

"It would cost about $700 million per year for B.C. to match Alberta's AISH and five per cent income assistance rate increases," reads the statement.

Gregson says the Alberta government is lucky, in a sense, because unlike most provinces they can use their substantial savings to offset the $800 million deficit this budget will incur. The government is also predicting it can return to a balance budget in 2013-14.

Andrina Perry, of First Call and Raise the Rates, which issued a challenge to the government to meet Alberta's assistance rates, says people on income assistance can't wait until the deficits are gone to see their rates increase. Government, she says, must find the money.

"There are all sorts of different revenue sources that we could draw upon like corporate income taxes, or corporate tax increases, and income tax increases," she says. "Or if you just look at the Cost of Poverty report (Canadian Centre for Policy Alternatives). By choosing to expend to reduce poverty, by increasing peoples income, (government) would save money down the road in health care and criminal justice."

Perry would like to see every British Columbian living above the poverty line, which she says is $19,342 per year for a single person living in a city as large as Vancouver. She'd also like to see the employment exemptions increased, and for government to cease clawing back child benefits.

But with government focusing on reducing the deficit instead of adding to costs, even if they pay for themselves in the long run, an increase in social assistance payments of any kind isn't predicted for B.C.'s upcoming budget.