The leaders of the three main parties running in B.C.’s provincial election on May 9 got together last week for the first debate of the squabbling season. NDP leader John Horgan was on the offensive, Liberal leader Christy Clark was looking to push buttons, and Green party leader Andrew Weaver was minding his p’s and q’s.

At least, that seems to be the general consensus of Tyee readers, 50 per cent of whom told us Horgan won the debate. Nearly 20 per cent voted Weaver, appreciating his civility, 15 per cent didn’t know the debate had even happened, eight per cent voted Clark, and another eight per cent declared the winner “no one.” We can’t help but wonder how things will play out during the televised debate on Wednesday.

Overall, Tyee readers had some tough criticisms for all three leaders after the last debate.

Weaver, however, received plenty of compliments, with supporters praising his tone, which he himself noted after the debate was different from Horgan and Clark’s banter. “It’s not my style to bicker,” he said, “and I find it frankly disrespectful and rude.”

Many Tyee readers agreed with the latter comment, describing him as calm, focused, informed, articulate, respectable, reasonable, courteous, knowledgeable, and so on. One reader noted he was so respectful that “he even raised his hand when he wished to speak.”

Many Tyee readers had less praise for the more combative style of Horgan and Clark. A taste:

Clark and Horgan focus too much on being enemies. It should be about the discussion of ideas.

I did not like the constant interrupting by Horgan — like he was the only one with something to say. Clark was Clark — nothing new, everything old and very little true. Weaver said what needed to be said, was polite and got his points across.

Green leader was calm and focused. Horgan could learn from him.

Andrew Weaver was informed and respectful while the other two sniped at one another, often rudely.

Not everyone thought that quiet discourse was the way to go, though, with many praising Horgan’s debate style.

Horgan called Christy Clark out when she made up things and made claims about how well people are doing when they actually aren’t doing well at all.

Horgan didn’t let Clark get away with blatant lies and called her on the spot. It’s exactly what we need… Horgan understands politics; if candidates sit back and politely allow their opponents to lie with a smile, sadly dispassionate rebuttals don’t work.

John Horgan stood up for people. His passion for doing the right thing shone through.

[Horgan] may have been a bit testy, but who could blame him?

Not everyone was singing praises about the NDP leader though, and some brought up past NDP snafus to illustrate their concerns.

Every time I travel by B.C. Ferry I remember vividly how Fast Ferries were going to be a miracle in travel and as well provide well-paying jobs to union shipbuilders... a big fat dream with no basis in reality other than providing jobs. Now, we pay for that Fast Ferry debacle and will continue for many years

Why do people forget about the NDP fast ferries? NDP shuts down all industry and kills the people that pay the bills.

Anyone that lived in BC in the 90s should never vote NDP. Liberals have really helped the Province.

At least one reader suggested there should be no winners and losers in a debate about ideas.

The idea that there are winners and losers in politics, that popular approval is what constitutes success during elections, is an approach that only further erodes democracy... We all need to check our assumptions and work to return democracy to being a place where debate, informed ideas and integrity form the basis of creating a just and equal society.

Other readers paid less attention to debate style and were more concerned with the issues.

Horgan did well, but should have brought up past Liberal corruption.

As a single parent, it is becoming increasingly more difficult to make ends meet. The BC Liberals don’t seem to have a handle on controlling the rising costs of Hydro, ICBC, MSP. Time for change.

Horgan is reaching out to what voters really care about... a more affordable standard of living in BC. Clark’s Liberals are relying on existing incumbency to carry them through, yet they have an utterly DISMAL track record on social issues. The provincial infrastructure systems in BC (educational, medical and justice systems) are in a state of complete disarray thanks to the long-term death grip of the Liberal party, and I believe voters are totally aware of this.

Many Tyee readers questioned the accuracy of the claims made by the various leaders.

Horgan’s clear rebuttals of Clark’s alt facts and spin won it for me — and he was feisty in doing so.

Horgan told the truth, which is more than I can say for [Clark].

Liberal “alternative facts” are just not believable. No integrity in either Greens or Liberals.

[Clark] played theatrics, had a rehearsed act and regurgitated “talking points.” She talked down to all of us, thinking little kernels of substance-less sound bites would appease the masses. British Columbians have the ability to fact check! 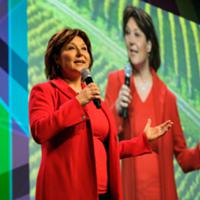 Fact Check: To Whom Is BC Paying Interest on Its Ballooning Debt?

Still others praised Christy Clark, some albeit reluctantly.

Clark was in control, well mannered, prepared and confident. She eludes skill and knowledge.

She is the most honest and respectful.

I hate to give it to her, but Christy Clark came out on top (I think I just puked a little in my mouth!)

Christy [Clark] is great, we should all give in to our corporate overlords.

For 100 bucks I’ll say Christy [Clark] won based on her superior intellect, ethics and compassion. All corporate credit cards accepted. No receipts.

The Tyee Poll is not a scientific poll, but rather is intended to get the pulse of Tyee readers and the wider community.