“When nothing is sure, everything is possible.” — Author Margaret Drabble

While the dramatic cliffhanger B.C. election left many questions unanswered, one thing is clear — BC Liberal Premier Christy Clark is finished.

Almost 60 per cent of British Columbians voted for change — and now it’s up to the New Democrat and Green parties to deliver it by defeating the BC Liberals and throwing Clark out of office.

It might take days or a bit longer, but either way the decaying 16-year BC Liberal government with its despicable sense of privileged entitlement, dedication to big money and pay for play politics is going to be turfed.

Even if absentee ballots and recounts were to unfortunately give Clark a bare majority, there is no way the BC Liberals can continue for long.

Why? Because it only takes one BC Liberal MLA crossing the floor to the NDP or Greens or to sit as an independent or quitting or, god forbid, passing away, and the B.C. legislature is no longer controlled by Christy Clark.

Or it could be one or two BC Liberal MLAs calling in sick or missing a confidence vote for the government to be defeated. That means either NDP leader John Horgan would be asked to form a new government, with Green Party support, or a new election be called.

Horgan did an amazing job despite being discounted by many media and commentators, bringing the BC NDP tantalizingly close to a majority government and leaving him still on the brink of possibly becoming premier. And if not for BC NDP riding infighting in Cowichan, Columbia River-Revelstoke and Fraser-Nicola over bitterly contested nominations, Horgan would be premier-elect now.

And Green leader Andrew Weaver also had a stunning breakthrough, doubling the party’s last vote to 16 per cent and tripling their seats by easily holding his riding and convincingly winning two more on Vancouver Island. 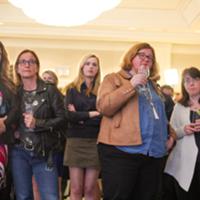 The Most Nail Biting Finish in Memory, Updated

One can argue that Green voters pulled a Ralph Nader on the NDP — putting Christy Clark, B.C.’s equivalent of George W. Bush — in office, but there’s no point now crying over spilt votes when there is a disastrous government to jointly defeat.

And the Greens have every right to fight for votes, and voters always have the final decision over where their ballot goes.

But Clark is the big loser. Despite boasting about B.C. having Canada’s strongest economy — true — and despite trumpeting four balanced budgets — also true — Clark’s BC Liberals lost four cabinet ministers, her popular vote dropped and she had a comfortable majority turned into a minority.

That happened even though Clark spent $15 million in taxpayer dollars on partisan government advertising wrongly promoting the BC Liberals.

Clark also lost all those seats even with the BC Liberals being the most heavily corporate-funded political party in Canada, raising over $13 million in 2016, with two-thirds from business.

And Clark had two ex-corporate CEOs running vicious anti-Horgan ads before the election that were worth an estimated $3 million.

Already Clark and her big money backers are desperately trying to cling to power by their fingernails.

Evidence? Clark said in her speech last night: “Our B.C. environment we are so proud of — how do we make it better than we found it?”

Interjected one wag at CBC Tuesday night: “With an oil pipeline?”

And I bet many Green and NDP voters choked at Clark’s newfound environmentalism, thinking of her support for the Kinder Morgan pipeline and resulting increase in oil tankers; her boosting liquefied natural gas and fracking; her hellbent-for-leather intent to build the BC Hydro Site C dam despite huge costs and First Nations and environmental concerns; her continued insistence that a referendum is needed to fund more public transit; her refusal to increase the carbon tax or put revenue from it towards transit or other green initiatives; her refusal to ban grizzly bear trophy hunting — the list goes on and on. 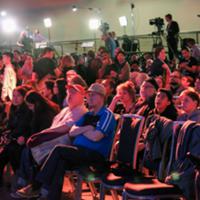 What Just Happened in British Columbia? And What’s Ahead?

Horgan is well served by his impressive new campaign manager and chief of staff Bob Dewar, who did an amazing job of focusing the BC NDP campaign on the key issues and critical ridings to get the party to a significant seat increase. His years as chief of staff to highly successful former Manitoba NDP premier Gary Doer will help Horgan find a way to end the Clark government’s reign.

But most of the pressure is on Weaver and new Green MLAs Adam Olsen and Sonia Furstenau to make the right decision — and very clearly the Green Party platform and its criticism of the BC Liberals most closely align with the NDP, not the Liberals.

And the BC Liberals’ terrible record on the environment, housing affordability, health care, education, its lack of integrity in political financing and pay for play politics, its consistent and intentional neglect of people with disabilities and those on social assistance should make the choice for the Greens obvious.

The verdict is in — Clark must be thrown out.