“The taxpayers of British Columbia should not have to pay for communications that are of a partisan political nature.” — BC Auditor General report, 1996

Can you tell the difference between the $15 million in “non-partisan” government ads paid for by taxpayers this fiscal year and BC Liberal Party ads?

The television airwaves are flooded with government ads titled “Our Opportunity Is Here,” but they’re really blatant opportunism from Premier Christy Clark, because they promote February’s budget, housing and training programs and more with your money — even though the B.C. election is less than 60 days away.

It’s totally shameless spending of taxpayer dollars to boost the BC Liberal Party, and illegal in many places. But not here, even though the independent BC Auditor General has repeatedly called for regulations to ban partisan government ads, including in reports in 1996 and again in 2014.

But take this political Pepsi versus Coke test and see if you can tell the difference between government and BC Liberal Party ads.

“Despite economic challenges around the world, B.C.’s plan to lead Canada is getting results. More British Columbians are working than ever before,” says the first ad.

And from the second ad: “Our economy once again is leading the nation. More British Columbians are working than ever before.”

Which is the government ad and which one the BC Liberal Party ad?

Hard to tell, isn’t it? But only the second ad features Clark’s grinning face on screen and voice – That’s the BC Liberal Party ad. The first is a government ad promoting the B.C. budget.

Try again. Here’s the first ad: “The BC Jobs Plan — an all-out effort to support private sector job creation. Startups, small businesses, international brands: All of them are creating thousands of jobs, right here at home.”

And here’s the second: “Ashley is one of thousands of job makers across the province helping make B.C. Canada’s strongest economy... B.C.’s a great place to grow a business.”

Stumped? The first is a BC Liberal Party ad — once again with Clark’s Cheshire cat smile; the second is a taxpayer-funded B.C. government ad, featuring a Kelowna business owner.

Ontario banned such obviously partisan government ads in 2004 — until that province’s Liberal government changed the legislation in 2015, against the strong objections of the independent Auditor General, and began running the same kind of self-serving advertising that Clark is bombarding us with today.

“Ontarians have in the last year paid millions of dollars for advertising designed primarily to present the government in a positive light rather than to inform,” said the province’s Auditor General’s report in 2016 — and the same is true here.

Countries like the United Kingdom, Australia and New Zealand have adopted government advertising guidelines to prohibit partisan ads — and the BC New Democrats have twice proposed similar legislation that was quickly rejected by the BC Liberals.

And for obvious reasons, because the B.C. government budget ad is full of self-promotion that is both unnecessary and political.

“Starting with a 50-per-cent cut in MSP premiums for middle class families, the first step to eliminating premiums altogether. Your family could save up to $900 a year. Find out more at gov.bc.ca. Our opportunity is here,” it concludes.

But it does not state that many families will see no savings, because almost all unionized workers have their MSP paid by their employer, as do many non-union workers. Or that if the MSP premium cut is made up with a future income tax or other increase, those workers who are currently covered will be paying more, not less.

Nor does the ad’s voiceover state that the savings — if any apply — will only come in January 2018 (though that date is on a text line in the ad).

The ad is titled “Our Plan: Housing Affordability,” with the B.C. government logo prominent to start, followed by a voiceover: “B.C.’s Plan On Housing means we’re taking concrete steps to help — like investing $855 million in affordable rental homes for people who need them most.” And of course it features smiling happy people and their homes.

First, this ad comes from a government that watched while Metro Vancouver housing prices skyrocketed by 32 per cent a year while foreign buyers gobbled up residential property — and did absolutely nothing as affordable housing disappeared for renters and local owners alike.

Second, there is no value in the government blowing money on advertising that could help get rental homes for “people who need them most.”

But the same B.C. government that steadfastly refused to act when foreign nationals were responsible for an estimated one-third of home sales in 2015 is now claiming credit for finally closing the barn door after the horse is long gone. 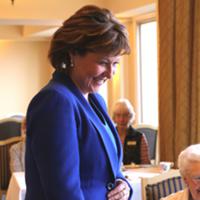 If the barrage of B.C. government and BC Liberal ads weren’t enough, wait, there’s more. A pro-BC Liberal business group called Future Prosperity BC has a $2-million budget to trash BC New Democratic Party leader John Horgan — and their ads run immediately after some of the B.C. government ads on Global BC’s News Hour at 6 p.m. — usually two ads per hour.

Future Prosperity BC is fronted by former BC Chamber of Commerce president John Winter, a BC Liberal stalwart, and Jim Laurence, former chair of the Independent Contractors and Business Association of BC — an anti-union organization that has donated hundreds of thousands of dollars to the BC Liberal Party, as well as run its own attack ads on the BC NDP in previous elections.

But it’s the government ads that rankle the most, because there should be no question they are completely partisan and should not be allowed to air anytime, let alone with an election in eight weeks!

But Christy Clark doesn’t care — and she thinks you don’t either.

Or perhaps the BC Liberals are taking a big risk because their polling makes them very nervous and they need to spend millions in taxpayers’ money to pump up Clark — even though voters could make them pay for it on Election Day.