With families and loved ones still reeling from the 177 lives lost to overdoses in June, a B.C. record, another 175 deaths were recorded in July, the BC Coroners Service reported today.

While the arrival of COVID-19 prompted a massive public health response from the provincial government, overdoses have killed four times as many people. The virus has claimed 202 lives, while 909 people died from overdoses between January and July.

Toxic amounts of fentanyl in street drugs is responsible for the vast majority of overdoses. Paramedics have noted that patients are requiring more and more doses of naloxone, which counters the effects of opioids, due to the increased toxicity of illicit drugs. Patients are also unconscious for longer periods of time.

“Overdoses are up, overdose deaths are up, homelessness is up, poverty is up — none of these are new problems,” said Guy Felicella, a peer clinical advisor with the Overdose Emergency Response Centre and BC Centre on Substance Use.

“This crisis has been years, even decades in the making,” he said. “No single politician or political party owns this. In fact, every single level of government past and present owns this because of the collective lack of bold actions or a clear plan to prevent this crisis from happening in the first place.”

When the pandemic broke out, the B.C. government took steps to help drug users.

In March the government approved a plan to let physicians offer “safe supply” by prescribing certain opioids like methadone and hydromorphone to patients who met certain criteria, such as being a high risk of withdrawal.

It also provided $900,000 to fund the Lifeguard App, which allows users to set an alarm so a 911 call with their location will automatically be made if they lose consciousness.

Despite these measures, overdose deaths have increased this year at an alarming rate.

COVID-19 has played a role, as services at many support agencies, including those that offer harm reduction, have been cut and more people are using alone.

But chief coroner Lisa Lapointe warned that “judgment, shaming, stigmatization” also keep people from seeking help and encourage them to to use substances alone.

Many don’t want to speak up about their use because they worry about losing work or being pushed away by loved ones.

Felicella said government could act now to save lives.

“We can give people a choice though: to choose between the toxic, poisoned street drug supply that is fuelling these deaths or pharmaceutical alternatives in the form of a safer supply. Making that choice a reality is a matter of life and death.”

Laura Shaver, the president of the Vancouver Area Network of Drug Users, said the high levels of fentanyl in illicit drugs has made it hard for people to opt for the prescription opioids that the government made available in March because “they’re not strong enough.”

Even if prescription heroin was available, many people would find it didn’t meet their needs. “With the levels that people are used to being so high, people would need fentanyl to be a safe supply option,” she said.

Shaver’s brother-in-law, Ken Steward is among the 909 people who have died this year from an overdose. He introduced her to her partner. 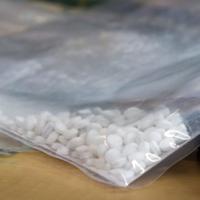 “It’s hard to remember all the names,” she said. “I feel like there’s so many that I almost try to block it.”

Despite much greater number of deaths, the stigmatization of drug use and drug users has made it difficult to respond to the overdose crisis with the same urgency shown in dealing with the pandemic, said Dr. Perry Kendall, the co-interim executive director at the BC Centre on Substance Use.

“Even a single death from COVID warrants quite an amount of airtime from the Ministry of Health, yet we have monthly reporting of much larger numbers from the overdose crisis,” said Kendall.

“The response to COVID has shown that there are some things society is prepared to put hundreds of millions of dollars into. But dealing with substance abuse and bad drug laws is not one of those areas.”

Kendall was provincial health officer before Henry and had declared the overdose crisis a public health emergency in 2016.

Stigma plays a large role in how we treat people who are experiencing a health issue, said Kendall. For example, there used to be widespread belief that people struggling with their mental health are weak. Drug users today are suffering from inadequate care “because of how we’ve criminalized it.”

“One huge contradiction in this is alcohol,” said Kendall. “We’ve turned that into an essential service, and you can get a safe supply at the liquor store. But alcohol kills a lot more people numerically than fentanyl does over the course of a year.”

Turning the tide of public opinion on drug use could take years. For Shaver and other advocates of drug users, there isn’t any time for the public to “get it.”

“We don’t need a vaccine,” she said. “We need a safe supply, and by our terms. Until we do, people are going to continue to die.”