Four leading experts and advocates for drug users are quitting provincial overdose crisis response committees over what they say is willful government inaction in the face of an increasingly deadly poisoned drug crisis.

“I’m not going to stand at an open hole digging a grave with John Horgan,” said activist and journalist Garth Mullins.

The premier’s July 16 comment rejecting comparisons between the government’s responses to COVID-19 and the overdose crisis was the last straw for Mullins, who is a member of the BC Association of People on Methadone and has consulted with government on a number of committees for years.

Horgan said COVID-19 is “an insidious virus that affects anyone, at any time, and we have an opioid crisis that involves people using drugs — those are choices, initially, and then they become dependencies.”

Horgan apologized for the comment the next day, but Mullins said his initial choice of words showed the government isn’t as committed to saving the lives of people who use drugs as it is to reducing transmission of COVID-19.

“They derive a lot of legitimacy from having [drug users and activists] at the table,” said Mullins. “But honestly, they don’t have a plan.”

Mullins, long-time drug user activist Dean Wilson, Moms Stop the Harm co-founder Leslie McBain and BC-Yukon Association of Drug War Survivors president Hawkfeather Peterson wrote Horgan Friday to tell him they were withdrawing their expertise from committees until they have a meeting with him to discuss their concerns.

The letter was also addressed to Minister of Mental Health and Addictions Judy Darcy and Health Minister Adrian Dix. 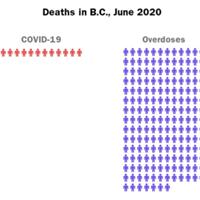 “In light of the record number of overdose deaths in British Columbia, especially during COVID, but also in [the] past five years, we are urgently seeking a meeting with yourself, the Minister of Health and the Minister of Mental Health and Addictions in order to plan the rapid implementation of safe supply to address the overdose crisis and also to reset the way our groups work with the provincial government,” the letter reads.

McBain said consultation during the pandemic especially had felt like sitting at “the kids table.”

Suggestions like a major expansion of safe supply programs to replace the increasingly poisoned and unpredictable illicit supplies were ignored, McBain said, even as overdose fatalities rose to their highest historical levels in May and then again in June. Numbers for July are expected next week, and advocates are bracing for another brutal monthly toll.

Darcy will be reaching out to the four in the coming weeks, a spokesperson said in an email.

“The perspectives of people with lived experience are at the core of the work we do as a ministry,” said the statement, noting the government has expanded safe supply. “There’s much more to do to save lives and we continue to listen to people as we evaluate that guidance.”

But committee members said they felt complicit in “warm and fuzzy propaganda” rather than real change, and leaving was the only option. 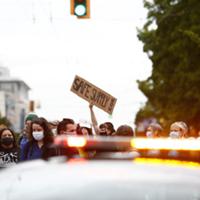 A Domestic Safe Supply of Injectable Heroin Would Save Lives

“They wring their hands as if it has nothing to do with them, when they’re the authors of it,” said Mullins. “We’re trying to figure out how we can get them to announce a real plan.”

He would like to see the government set a goal of cutting overdose deaths at least in half within a year and develop a clear plan to achieve it.

Other experts and committee members should withdraw from government consultations to support the effort to bring real change to an ineffective response, he said.

“There’s a very easy metric to see if your program is working, because it’s written in the coroner’s report.”

Mullins had not heard back from the government by Wednesday afternoon.