Opposition MLAs today accused the provincial government of seeking a political advantage by interfering with the independent commission that will propose changes to the province's electoral boundaries. 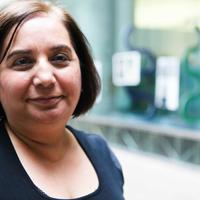 "We have an independent commission that should be doing this work without us constraining it," Skeena NDP MLA Robin Austin said in the legislature. "I want to make sure this is done in a way that's above board, that's not contaminated in any way by interference from this legislature."

Austin made the comments during the second reading debate of Bill 2, the 2014 Electoral Boundaries Commission Amendment Act. The bill requires the commission to make recommendations that do not increase the number of MLAs from the current 85, nor decrease representation in the more sparsely populated Cariboo-Thompson, Columbia-Kootenay and North regions.

If the bill passes, the commission will be required to make recommendations that protect some 17 seats, including two in Kamloops and two in Prince George, even if they have populations that are too small to justify the level of representation.

Meanwhile constituencies in the Lower Mainland in cities like Surrey that already have a relatively large number of voters per MLA, would be allowed to grow further without more representation.

"What we have here is a mean spirited and politically motivated bill," said Claire Trevena, the MLA for North Island. The government is protecting seats where the BC Liberals do well, but not ones like on the coast where the NDP does well, she said.

Doug Donaldson, who represents Stikine, said the bill has "become tainted." It makes sense to protect a few constituencies to ensure their representation, but not 17 of them, he said. "Somebody got a hold of it, perhaps a Liberal spin master, and added way more protected seats."

Michelle Mungall, who represents Nelson-Creston, said she supports rural representation but that the current proposal is "gerrymandering".

Green Party MLA Andrew Weaver said the bill will result in some Lower Mainland constituencies, many of which include many people from ethnic minorities, being unfairly under-represented. "I'm not a lawyer, but I question whether the legislation would survive a court challenge. I doubt it would."

Past Supreme Court of Canada decisions have required that all constituencies be within 25 per cent of the average population, except in "extraordinary" circumstances, such as to promote minority representation. The B.C. proposal suggests that 17 of the province's 85 constituencies are extraordinary.

Asked recently whether the government has a legal opinion on whether the current proposal is likely to survive a court challenge, Justice Minister Suzanne Anton said the process has been good. "I'm not going to talk about legal opinions," she said. "The legislation I think stands on its own."

The legislation follows a white paper process that received response from the public, Anton said. "We believe that it's a balance between the representation that a rural person should have and the representation that an urban person can expect, and there is a difference being set out in this, but we believe it is fair for all of British Columbia," she said. "We believe it's a really good arrangement."

Bill Bennett, B.C.’s energy minister and MLA for Kootenay East, told the legislature he deserved credit or blame for the proposal. "Over the years, I have become concerned that those people that live in small towns in rural areas of the province are losing their political power not just in British Columbia but across the country," he said.

Mike Morris, who represents Prince George-Mackenzie for the Liberals, noted that while only eight per cent of British Columbians live in the northern three-quarters of the province, they "contribute well over 70 per cent to the economic viability of the province here, from the resources that we extract and that we process from that particular area up here."

The NDP wants to take representation away from rural B.C., said John Rustad, the Liberal MLA for Nechako Lakes and the aboriginal relations and reconciliation minister. The area he represents is around 100,000 square kilometres. If it were made bigger, so that its population more closely matched a Lower Mainland riding, it would be even harder to represent. "It's huge. Getting around, being able to represent and having access is very, very important," he said.

David Eby, the MLA for Vancouver-Point Grey, acknowledged representing an urban riding is easier. "I can walk across my constituency and see my constituencies relatively easily," he said.

However, the legislature isn't the place to have the discussion, he said. "These are arguments that need to be made in front of an independent electoral boundaries commission."

The commission should be empowered to consider the arguments and make its recommendations based on what it hears so that all British Columbians are treated fairly in the process, he said.