From verbal harassment to unpaid overtime, British Columbia’s workers have a long list of complaints.

When a labour advocacy group held worker forums around the province, it heard dozens of grievances.

Most surprising, said David Fairey, co-chair of the Employment Standards Coalition, was how many stories they heard about psychological abuse.

“We heard about people not being treated well and respectfully in their workplaces, whether that’s bullying, harassment, discrimination, people being shouted at,” he said. “That was a big surprise to us.”

Based on the stories collected at the forums, the coalition released a report last week called Workers’ Stories of Harassment and Abuse: Why B.C. Employment Standards Need to Change.

The report offers examples of workplace abuse, from an administrative assistant named Barb whose manager yells and swears at staff, to a restaurant server named Pilar who was told to “suck it up” when she was sexually assaulted at work.

These kinds of workplaces can cause physical health problems for workers said Fairey.

B.C. workers aren’t protected from abuse and harassment under the Employment Standards Act. WorkSafeBC has guidelines on workplace bullying, but Fairey says they have no teeth.

It’s a refrain that’s repeated throughout the report: lack of protection for workers and lack of enforcement of the rules that do exist.

Even the basic issue of pay is a problem. In fact, non-payment of wages was the most common complaint heard at the worker forums.

The report’s stories about wage theft come from a variety of sectors and include both low- and high-wage jobs. One example comes from Carol, who told a forum she has to start work at her job with a major fast food chain at 3:40 a.m. in order to complete all her job duties but is only paid starting at 4:45 a.m. Brian, a web and software developer, said he frequently works Saturdays and Sundays but is not paid any overtime.

Changes to B.C.’s labour market regulations over the past 20 years have prioritized employers’ need for flexibility over protecting the rights of workers, said Fairey. Cuts to the Employment Standards Branch have also made it harder for workers to seek justice when they’re being treated badly at work, he added.

“It is now so difficult for workers to file complaints,” he said. “The number of staff has been cut by 50 per cent from where it was in 2001-2002. The number of offices has been reduced significantly. When you do have complaints, it takes a long time for them to get resolved.”

Instead of speaking to a standards branch officer, workers have to fill out a complex 16-page self-help kit. This system, said Fairey, is the reason abuse flourishes.

“[It] is quite a complicated document to understand. Few workers do it because they’re intimidated by it,” he said. “The enforcement regime has become totally complaint-based with no proactive measures at all, which means that employers know that they can get away with it.”

And although the Employment Standards Act states there must not be retaliation by employers against workers for filing complaints, Fairey said employees know it happens.

“Workers put their jobs on the line through the current process,” he said. “Employers know that, and I think it’s quite clear that they feel they don't have to follow the Act.”

The report makes recommendations for changes to the Employment Standards Act to protect workers. Whether they are implemented depends on political will, and Fairey sees shortcomings in the platforms of all of B.C.’s political parties when it comes to improving working conditions.

He approves of the Green Party’s $15 minimum wage plan and its goal of achieving a liveable wage. The Green Party also promises to reform the labour code so it offers flexibility to employers as well as protection to workers. 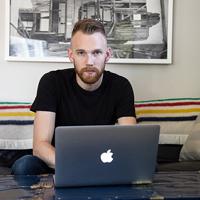 The NDP has also promised to bring in a $15 minimum wage over a four-year term if elected. The New Democrats have promised to increase the resources of the Employment Standards Branch so it can be more proactive in enforcing the employment laws. The platform also includes promises to update employment laws.

But Fairey said he’d like to know more specifics around those plans. “It’s a bit vague about what precisely they would do,” he said. “I’d like to see more.”

The Liberals do not plan to bring in a $15 minimum wage over the next four years and have nothing in their platform about employment standards.

“Although they talk a lot about bringing quality jobs to B.C., they don’t talk about the poor quality jobs that really need attention,” said Fairey.

The B.C. Employment Standards Coalition intends to release a longer report on the stories they heard during the worker forums in the coming months.