British Columbians are concerned about health care, but you wouldn’t know it from the election campaign speeches and talking points.

According to a recent poll for Global News by Ipsos, health care is the most important issue for B.C. residents this election.

Almost one-third of those polled — 31 per cent — said health care is more important than housing, which came in at 29 per cent.

Despite the findings, health care has not earned many headlines in recent weeks.

If elected, all three parties have promised to prioritize primary care and focus on preventing illness rather than just offering treatment for people once they become sick. Proponents of the model argue it keeps health care costs in line by preventing serious illnesses, which are expensive to treat.

All three parties also list mental health care as a top issue and have promised measures to tackle the opioid epidemic.

Here’s a look at the highlights of each party’s health care plans.

The BC Green Party wants to shift provincial health services over to a model focusing on primary care to help prevent people from getting sick in the first place.

If elected, the Greens pledge to have a task force report to the Legislature with a plan to transition the current health system to provide a larger role for primary care.

“Whether it is an unattended sprained ankle that leads to chronic arthritis, or an ignored lump that turns out to be cancer, early intervention can, cost effectively, improve health outcomes,” reads the party’s platform.

The party says prioritizing wellness and prevention is key.

Green Party health critic Chris Maxwell said such a policy would involve turning the health care system on its head, but the transition has to take place and the government needs a plan to make the shift.

“A BC Green government would start to take those steps,” Maxwell said. “Those steps are critical. In physical health it’s critical, but also in the mental health arena it’s critical.”

The plan also includes a cash injection of $35 million aimed at nutrition and activity programs to help children and families prevent illness.

Maxwell said the party has also committed to creating a ministry for addictions and mental health.

The BC New Democrats say primary care would be a “priority” if they’re elected and they promise action to tackle surgery wait times, bring down drug costs, and build new health care facilities in the province.

The party’s health critic Judy Darcy said the plan amounts to a significant overhaul of the way health care in B.C. is currently delivered. Improving access to family doctors is a big issue for voters, she added.

The NDP would also create urgent care clinics to take the load off emergency rooms for less serious injuries or illnesses. The clinics would be open evenings and weekends.

“Emergency rooms are like the canary in the coal mine,” Darcy said. “What you see there is a symptom of what’s going wrong in the rest of the health care system.”

When home care is inadequate for seniors, or people can’t access mental health care, many will end up in hospital emergency rooms, she said.

The NDP plan includes investments in both areas, and promises the creation of a ministry responsible for mental health and addictions issues. Through the ministry, Darcy said issues like the fentanyl epidemic can be addressed.

Rural British Columbians would also see an increase in their travel allowances when they need to go long distances to access care.

Like the other two parties, the BC Liberals have a plan to make primary care a priority in the province. 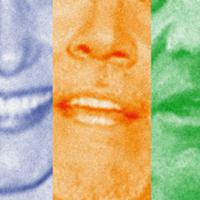 Where the Parties Stand on Six Hot Issues

The party did not respond to a request to discuss its health care platform.

But the party’s online platform says it will increase funding by $225 million to reduce surgical wait times and establish a shingles vaccination program.

The Liberals would also invest $60 million a year for a healthy eating program for “vulnerable students.”

Along with that, the platform promises to provide 135,000 low-income earners and children with dental care, as well as increase the tobacco tax by 10 per cent.