Jobs for everyone! It’s a standard refrain come election time. Every party, no matter which way they lean, sees job promises as a way to drum up votes.

This time is no different. All three parties in the upcoming B.C. election tout jobs as a reason to tick their box in the voting booth. The word “job,” in fact, seems to take on a talismanic property around election time. It appears 157 times in the Liberals’ 129-page platform and 133 times in the NDP’s 118-pager.

Peter Hall, a professor of Urban Studies at Simon Fraser University, says politicians are tapping into a broader public discourse that places enormous value on the idea of “jobs.” From big infrastructure projects to trade agreements, he said, job numbers are used to convey value in many areas of society.

“Whatever the public policy measure is, the idea of a job has become the widely communicated way of talking about the benefits of an activity,” he said.

But what kinds of jobs are the parties promising to create this time around?

The Liberals’ job creation strategy focuses, in large part, on facilitating resource projects and helping small businesses. They forecast tens of thousands of construction jobs on projects ranging from pipelines to LNG plants to the Site C dam. They also see room for growth in mining, manufacturing and the technology sector.

Their jobs platform includes plans to increase exports in agrifood, seafood and forestry. And they see employment potential in the sharing economy, from Uber to AirBnB. Overall, they say, controlling government spending and cutting taxes is the way to stimulate job creation.

The Greens, meanwhile, place a lot of emphasis on creating jobs in green technology and clean energy. They promise to support small business and innovation. They say they’ll restrict the export of raw logs and aid investment in sawmills and wood processing.

The NDP also sees a lot of room for job growth in the public sector. They promise to create 96,000 jobs as they restore and replace infrastructure such as schools, hospitals, roads and transit. They plan to create jobs by restoring provincial parks and building new campsites, and by hiring more park rangers and conservation officers.

The NDP promises to increase employment in home care and long-term care for seniors. And they see job creation opportunities in the green economy and, if elected, plan to create jobs in public building retrofits, clean energy and public transit. They also promise to revitalize the forestry industry and bring back 30,000 forestry jobs they say have been lost because of BC Liberal policies.

According to Peter Hall, the true value of job promises isn’t really about numbers.

“It’s very easy when somebody comes up with a big number of jobs to just nod and say ‘Yeah, that sounds good,’” he said. “But it doesn’t tell us anything about the quality of the job that’s created.”

A job has a different real value, he said, depending on how well it’s paid and how well connected it is to training opportunities and the career ladder.

“‘Job’ is a very slippery word. The fine print really makes a difference,” he said. “A job is something that a person can possess or that we can easily count, but what’s valuable to people is meaningful work and meaningful long-term careers and the quality of life that comes with that.”

Hall said it’s important to look at what else the parties are saying around the idea of employment. The resource sector, he said, is a good example.

“We know that the resource sector has been unstable and arguably increasingly unstable,” he said. “So it would be great if there was more attention, when they talked about jobs in those sectors, to nuances: what are you going to do to make sure you’re not just creating any old job, you’re creating a good job? And part of a good job is that there’s some sort of future for a person who gets invested in it.”

Every sector has insecurities and instabilities, said Hall. There should be a focus on the quality of the employment that’s being created in those sectors as well as on training and protections to help people negotiate the increasing instability in the labour market. 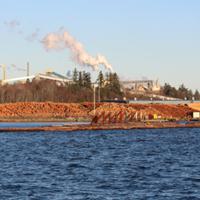 Raw Logs and Lost Jobs: How the BC Government Has Sacrificed Forest Communities

The NDP has plenty to say about job quality. Their platform addresses the increasing instability of work, acknowledging the rising number of part-time, low-wage and precarious jobs. The changing job market, they say, shouldn’t change the ways in which workers are protected.

They promise to update employment laws to match the contemporary world of work, ensuring that employment standards are applied evenly and enforced appropriately. The NDP also wants to raise the minimum wage to $15. And they promise to offer more incentives to public sector employers for hiring and training apprentices in order to ensure a trained workforce in the future.

The Greens, too, put a spotlight on working conditions in their platform, noting that the jobs that have been created in the province are often part-time or insecure, and are “unevenly distributed throughout the province.” They want to reform the labour code in ways that will offer flexibility to employers as well as protection to workers.

The Greens also want to pilot a basic income project, which would help people deal with job instability. And they promise to look at the discrepancy between the minimum wage and a liveable income with a goal of eventually eliminating the gap.

The Liberals say their jobs strategy has been effective so far. Since they launched the BC Jobs Plan in 2011, they say, the province has led Canada in job creation with 222,200 new jobs. Critics, however, point out that many of those jobs are part-time and that part-time jobs are growing faster in B.C. than in any other province. Others say that job growth is strong in urban areas but that rural B.C. is struggling with high unemployment.

Investment in post-secondary and trades training are part of the Liberal platform. But when it comes to the minimum wage, they believe raising it to $15 would result in fewer jobs. Instead, they plan to raise the wage in a “stable, affordable, and predictable way.” Their platform doesn’t address the growth in part-time work or the ways in which they might help people navigate an increasingly precarious labour market.

‘People are getting smarter’

Peter Hall thinks political parties throw job promises around during campaigns because they used to be able to sway elections. But he’s not sure such arguments are as compelling as they used to be.

“I’d like to think people are getting smarter about probing exactly what it means when we say ‘We’re creating 500 jobs’ or whatever it is,” he said.

His own students, he said, are certainly conscious of the fact that some jobs are better than others.

“They’re very well aware of how stable the job is over time, what the career development prospects are. It’s not just a short-term thing about how much does it pay today, but also does it ladder into something? Is there a way that you can build a life through that position?” he said.

“They’re very well aware that not all jobs are created equal.”