[Editor's note: read the previous story in this series, here.] 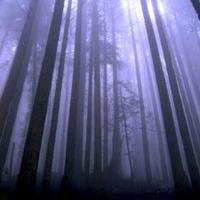 Future of 'Green' Wood Hangs on US Decision

The Forest Stewardship Council calls its forestry rules the "gold" standard, and its allies have accused the rival Sustainable Forestry Initiative of promoting "vague" rules that wind up certifying "status quo" forestry.

But implementation of the multinational Forest Stewardship Council (FSC) standard can also vary from one region to the next. The FSC encourages its criteria to be adapted across the 82 nations in which it operates so that, for example, forest managers might apply FSC rules differently on the steep, wet old-growth fjords of British Columbia than the flat, dry pine plantations of East Texas.

Allies of the Washington D.C.-based Sustainable Forestry Initiative (SFI) charge that these regional variations render the FSC standard inconsistent and inscrutable. They allege that FSC's regional variation -- coupled with the U.S. Green Building Council's decade-long practice of allowing only FSC-certified wood to count toward LEED green building points -- unfairly puts North American timber at a competitive disadvantage. And through a group called the Coalition for Fair Forest Certification, they've filed a counter-complaint with the U.S. Federal Trade Commission (FTC).

"U.S. timber is being forced out of the green market," coalition attorney Thomas Collier told The Tyee. "And timber from foreign countries is being sold as green when there is no difference in how the timber is grown. The result is a lose-lose situation for both American consumers and the environment."

The Coalition for Fair Forest Certification includes "forest product companies, family forest and other landowners, businesses affected by forestry certification, and trade and landowner associations." Its Oct. 20, 2009, complaint against FSC was filed in response to a complaint against SFI brought a month earlier by the environmental group ForestEthics.

In language that mirrored the ForestEthics' allegations against SFI, the coalition complaint described the FSC standard as, "vague, heavily-qualified, ambiguous, and ultimately confusing and misleading to the public."

The coalition complaint also cited the work of radical environmental groups that have criticized FSC for not being green enough. These included a 2002 report by the Rainforest Foundation, and a 2008 report from Greenpeace report entitled Holding the Line with FSC."

A key coalition complaint is the charge that while SFI has one worldwide forest standard, the FSC certifies too many -- including 13 regional standards in North America alone. The coalition cited instances in which it claims these varying standards put U.S. timber producers at an economic disadvantage.

"FSC has 31 fully accredited standards around the world, but almost half of the FSC certifications globally are not to fully-endorsed FSC standards and many of those would likely not stand up to U.S. and Canadian forest and environmental regulations," SFI president Kathy Abusow said in a prepared statement.

The coalition complaint alleges that FSC-certified timber grown in places such as Sweden or Russia would not meet either FSC certification requirements had it been grown in North America.

"For example, the FSC mandatory land set aside in Sweden in five per cent," but in certain parts of the U.S. Northwest "there is a 50 per cent requirement for plantations," the coalition complaint alleges. "Significant variances exist on other issues," such as limitations on clearcuts.

"Nevertheless, all timber meeting the applicable local FSC standard is marketed under the same label --- a label that does not disclose that the products were certified under widely varying standards, or in what country or region the timber used to make the wood product was grown," states the coalition complaint.

"This variability is not plain to the public," said attorney Collier, "and therefore is a deceptive practice."

But the heart of the Coalition for Fair Forest Certification's trade complaint is the allegation that FSC and the U.S. Green Building Council (USGBC) -- the influential non-profit organization that sets the LEED standards -- are in cahoots.

FSC-certified products remain the only forest products certified by LEED.

"On the other hand, the three standards most widely adopted by forest owners in the U.S. and Canada -- the SFI, the Canadian Standards Association (CSA) Sustainable Forest Management Standard, and the American Tree Farm System -- receive no points under LEED, creating a substantial disadvantage for American-sourced wood products," the coalition complaint notes.

"Just 18 per cent of North America's certified forests are certified to FSC, and 60 per cent of FSC's supply is from offshore," FSI's Abusow said in a statement. "This means that USGBC is encouraging the architects, builders and owners of LEED-rated buildings to give preference to products from offshore, often shipped incredible distances," Abusow said.

"The coalition submits that USGBC and FSC operate in tandem to disadvantage wood products certified by SFI and other certification systems," the complaint alleges.

The coalition complaint adds, "...the exclusionary actions of USGBC and its exclusive endorsement of FSC-certified products, as well as the operation of FSC's bylaws, warrants investigation by the Bureau of Competition concerning issues of possible monopolization, attempt to monopolize and conspiracy to monopolize the fast-growing forest certification marketplace."

'It was what was available': USGBC

The president of the U.S. branch of the Forest Stewardship Council refuted the conclusions drawn in the coalition complaint.

"They were, in our opinion, quite fallacious," Corey Brinkema told The Tyee in an interview. He denied that FSC timber from Sweden, Russia, or any other country was flooding North American markets. And he said foreign wood products must meet standards every bit as stringent as FSC's North American standards. "FSC has ten principles and 56 criteria that have to be abided by everywhere in the world. Everywhere."  Brinkema confirmed that some "indicators for conformance" to those criteria are established at the national or regional levels in order to tailor forest practices to local environmental or social conditions.

"In British Columbia, for example, you have a lot of salmon in your rivers. Temperature and silt issues are different for salmon in B.C. than for catfish in the Mississippi River delta. So the buffers for stream sides need to be different," he said.

As an example of international differences, he noted that in Canada there exists a legal responsibility to consult and accommodate First Nations that does not exist in other countries.

The USGBC likewise confirmed that its LEED standard was based on the FSC standard.

"FSC was the basis off of which the USGBS started working," Brendan Owens, the USGBC's vice president of technical development, told The Tyee. "When the USGBC was putting together the LEED rating system in the 1990s, FSC was the only system with complete technical standards. It was what was available."

Owens added that the USGBC has spent the past several years rewriting its forestry standard: "We are now in the process of articulating a benchmark that is agnostic as to the label."

"This could be handled in a number of different ways," coalition attorney Thomas Collier told The Tyee.

Collier, a partner in the long-established Washington D.C. firm of Steptoe and Johnson, served as chief of staff to U.S. Secretary of the Interior Bruce Babbitt during the Clinton Administration.

"It's possible that these complaints could be folded into a larger review of green certification issues," he said. Collier predicted the FTC will take from six to nine months to respond to the complaints filed last fall.

The USGBC is expected to vote on its draft LEED rules this spring.

"The unsupported assertions of the ForestEthics Submission make it appear singularly aimed at suppressing any competition between FSC and SFI," the coalition complaint asserts. "If the ForestEthics submission is successful in this regard, the result would be a FSC monopoly in the U.S., furthering concerns about illegal, anticompetitive activity arising out of USGBC's exclusive endorsement of FSC-certified products."

Tomorrow: LEED in the crossfire.