Picture homeless people camped on downtown sidewalks. Big yawns inside bright red tents as the sun rises on another Olympics day. Early next month, Pivot Legal Society hopes to ask city council's permission to start handing out 500 collapsible shelters to Vancouver's most needy. Pivot's rights activists want to confront a city enthralled by Olympic jubilation with the reality of local poverty. And test the limits of constitutional law. 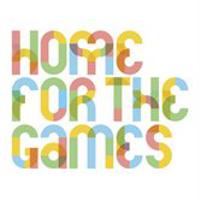 How to Create an Olympics Win-Win-Win

Three provincial appeal court justices ruled no one should be denied basic protection from the cold, rain and snow -- and that legal clampdowns violate the 'right to life' guaranteed in the Canadian Charter. Especially, the defendants had argued, in a city with 170 shelter beds for a homeless population of 1,200 or more.

The ruling set a potential legal precedent for other B.C. municipalities. Pivot's Red Tent campaign is a live experiment set to launch this week. The group plans to team with local shelters to get bright red tents -- emblazoned with "Housing is a Right" and "End Homelessness Now!" -- into the hands of Vancouver's homeless. Red ponchos and tarps will also be offered, along with a chance for the public to sponsor tents at a cost of $100.

Metro Vancouver has upwards of 500 people with nowhere but the sidewalk to sleep, according to Pivot estimates. The city announced last week that all its emergency winter shelters are completely full.

"Homeless people are needing shelter and don't have other alternatives," Pivot executive director and campaign organizer John Richardson told the Tyee. "I hope some of those people will have a roof over their head during the Olympics."

The timing of the Red Tent initiative is far from accidental. Richardson thinks the tents -- vivid against urban concrete -- will intrigue at least some of the estimated 14,000 or more reporters here to cover the Games. Pivot has indicated the temporary shelters could be deployed strategically throughout downtown.

"We want the media to experience the most liveable city in the world and also see the contradiction -- that this is a city that has a chronic problem with poverty and homelessness," Richardson said. "We want them to ask, 'What is the Canadian government doing about this?'"

In Richardson's eyes, Stephen Harper's federal Conservatives could be doing more. An opposition bill introduced last spring proposed an "Act to ensure secure, adequate, accessible and affordable housing for Canadians". Pivot wants a clear Conservative sign-off on Bill C-304, a national strategy that could be voted on as early as March, when a prorogated Parliament meets again.

"We're using the Games and the enormous amount of attention that's going to be focused on Vancouver to raise the profile of homelessness in Canada and ideally create some public pressure," Richardson said. He also hinted at an extended national campaign that could coincide with the Olympics.

Pivot believes there's support for its campaign within the Vision Vancouver caucus. It's confident the plan will appear on council's agenda before the Olympics.

In the event the city denies permission, a "legal reaction" could be forthcoming. Pivot has enlisted the support of Joseph Arvay, an attorney well-versed in Canadian constitutional law.

Vancouver prohibits urban camping in most situations. But the recent court of appeal decision regarding Victoria may override that authority, Arvay concluded. As long as tents don't obstruct pedestrians, bus stops and fire hydrants or violate other city rules for sidewalk space, he didn't see a legal problem.

"No doubt there are other conditions that may need to be imposed," he wrote in a recent letter to Richardson. "Our main point remains is that as a matter of constitutional and administrative law the City cannot have a blanket prohibition on any tenting in public places."

Numerous attempts to elicit city comment were not successful. The 2010 Integrated Security Unit referred statements on Pivot's campaign to the Vancouver Police Department. Police did not respond to several calls and emails.