What do the two words climate change mean to you? Do they suggest civilizational collapse? Oil company greed? Hidden cultural codes? The business opportunity of a lifetime? In recognition that climate change means a whole lot of things to a whole lot of people, The Tyee Solutions Society last fall identified four of the most influential tribes shaping our response to it: Civilization Cynics, Fossil Fighters, Dogma Disruptors and Industry Improvers. The list was necessarily incomplete. 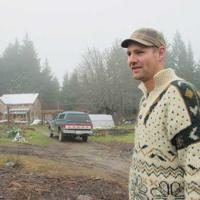 That's because climate change represents a new way of thinking about the future of human existence. It's the framework through which we must now evaluate our place in the universe. Four climate tribes? In reality there are too many to count. Yet taken together they constitute a generation -- our generation -- living through tumultuous global change. And though the future we're creating is uncertain, it's by no means unforeseeable. Nor will it be entirely bad, scary and destructive.

That's not the view you get in most media reports on climate change, where our elected leaders are seen to be failing again and again to protect us from calamity. Media should hold those politicians accountable. But all too often their stories channel a sense of helpless defeat. Which is why on Jan. 22 the Tyee Solutions Society and the Stonehouse Institute are partnering with SFU Woodwards to present a public event on "How Climate Change is Reshaping Our Future."

Before we tell you about the event, please accept our invitation to post a comment below this story laying out one or two ways in which you expect climate change -- and people's reactions to it -- to change how we live. Have at it!

And now we return you to our announcement of the free event, which runs from 7 to 9 p.m. in the Goldcorp Theatre at 149 West Hastings (click here for more details, or to register for early tickets). Four of Vancouver's leading thinkers on environmental change will address questions that go to the very heart of how we live our lives. Will the future of North America be bursting with human potential, and the technology that liberates it? Or will it be defined by hard limits to growth, and the rural ideals of earlier generations?

Four perspectives on our future

Each panelist brings an ambitious vision, grounded in experience. The Tsleil-Waututh Nation's Carleen Thomas, who is manager of intergovernmental affairs for its Sacred Trust initiative, which opposes Kinder Morgan's oil sands shipping ambitions, will discuss people's future relationship to nature. She'll be joined by Jim Hoggan, president of Hoggan & Associates, one of Canada's top communications firms, as well as founder of the influential climate website DeSmogBlog, who'll talk about the future of political discourse.

Appearing also on the panel will be Christie Stephenson, an authority on socially responsible investing, whose work at NEI Investments busts the myth that "green" and "profitable" are in competition -- she'll lay out the future of sustainable business. And Keith Gillard, general partner at energy solutions investor Pangaea Ventures, will discuss the future of disruptive clean technology, and how industrial-scale spider venom and microgravity may soon transform our daily lives.

Further down an explored path

The event will be moderated by myself, alongside the Stonehouse Institute's Ashley Arden. If you've followed my reporting for The Tyee Solutions Society, you'll know I've been pursuing all angles on the cultural impacts of a warming climate. Like how this B.C. firm. for instance, is leading our transition to an "Internet of Things", one of the decade's biggest tech stories. And how Canada is rushing to produce a wonder material called graphene that may someday fix climate change and fight cancer.

You'll also know that I've closely examined questions of environmental strategy. Is Bill McKibben's campaign to defeat the oil sands our society's best shot at stabilizing the climate? Or is the cultural polarization resulting from the campaign making that objective even harder? How you frame climate change, after all, profoundly affects your sense of its solutions, as this esteemed conflict negotiator told me last fall -- or whether environmental skeptics even listen to you in the first place.

Those businesspeople striving to solve humanity's biggest ecological crises face similar challenges. Yet one alternative to their tech-centrism is to cut all ties to industrial society, like what this B.C. couple is attempting. Over the past decade they've learned what Canada's indigenous peoples have known for millennia: that human identity is inextricably tied to the natural world. As warmer temperatures transform that world, we should expect our culture to change with it.

To fully appreciate how those changes are already reshaping our future, make sure to RSVP here for a ticket to the free Jan. 22 speaking event, presented by The Tyee Solutions Society, the Stonehouse Institute and SFU Woodwards.

Thanks for reading. And now, please post below your vision for how life will change, and new ways society will organize itself, as a result of climate change.