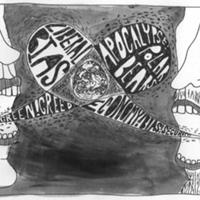 How to Talk to a Conservative about Climate Change

The Montreal-born "scenario-planning" expert -- whose insights have been praised by Nelson Mandela and other world leaders -- has worked in more than 50 countries. But Kahane says one of his most challenging assignments ever took place six years ago in Canada, when he was contracted to help resolve a national climate change debate that'd become deadlocked and bitter.

Kahane relied on techniques he'd used in violent conflicts around the world: Get all the players together in one room (in this case green activists, business leaders, academics and politicians from all the major parties). Encourage them to find common ground. And use those first inklings of consensus to build creative solutions.

All told, more than 75 "unlikely allies", including five former prime ministers, pledged to achieve "steep cuts" in Canada's greenhouse gas emissions. But since then Canada's poor climate record has been ridiculed at climate conferences -- and inspired international activist campaigns against the country's oil sands.

Kahane admitted in an interview that in some ways Canada's climate stalemate may be "more difficult to resolve" than violent conflicts he's experienced in other countries. He'll be discussing potential solutions to that stalemate, among other surprising insights, at a Stonehouse Institute-organized lecture in Vancouver on Oct. 21.

Until then, read on to learn what else Kahane has to say about what the world's most intractable conflicts have in common, why bitter opponents often agree on more than they realize, and how there's a downside to framing struggles over Northern Gateway and the oil sands as a "war".

On what Canada's climate stalemate shares with violent conflicts:

"The parallel I draw is when you have different actors who don't at all see eye-to-eye and just keep hitting each other -- where neither side can win.

"That's very dramatic in a decades-long civil war like in Colombia, or the genocide in Guatemala, or the conflict between black and white in South Africa. But I see this same feature of stuck, polarized conflict in Canada as well, and specifically around climate change.

"The question I'm asking is when you're stuck like that, what does it take to get unstuck? Because I've seen people terribly, violently stuck... and even in such apparently impossible standoffs, people have been able to find a way forward."

On why standoffs in Canada are so intractable:

"There's a way in which the problems in Canada are more difficult to resolve than those in other countries I've worked in.

"That's because in Colombia, in South Africa, in Thailand, in Sudan, everybody agreed that [their situation] wasn't working and if they kept going the way they were going they were in real danger. The thing that makes [resolving] issues, including climate change, in Canada so difficult is that many people think things are just fine.

"People say 'things aren't so bad, so I'm not going to change at all.' That's really difficult, when people think they can afford to just stay where they are."

On how opponents aren't as different as they think:

"What all these [conflicts] have in common is that each side is so used to rehearsing its own story: 'This is the way things are. This is what I want. Those other people keep blocking me. They don't understand. There's no way out so I just have to fight them harder.'

"People think that the story they're telling about the way things are is the truth. So we say they're downloading. They're giving the story they always give without any awareness that there could be... another way of looking at things.

"Now, when you bring people together, what always happens is that people discover to their surprise that 'wow, those other people who I don't know, understand, like or trust, we have something in common.'"

On why empathy on its own is not enough:

"Empathy is a very, very important first step.... It's not agreeing or disagreeing, it's listening to you to try to understand where you're coming from. However, I think empathy is crucial but not sufficient.

"The best example of this is climate change.... Everyone is just doing their thing, working their job, driving their car, heating their home, arguing their point. But when you add it all up the whole system that supports human life is being destroyed.

"We can pretend what we're doing doesn't impact the climate, but our pretending doesn't make it so.... So what's beyond empathy is to realize that we are all part of the same whole system. Only then can we start to find creative ways forward."

On choosing to fight your opponents, instead of negotiating:

"It's very important to realize there's more than one way to approach these stuck problems, and I'm not saying that one is always right and the other always wrong.

"One position for approaching things is to say, 'We think we know what needs to be done and the other side isn't listening, so we have to become stronger.'

"We're seeing a dramatic expression of that right now in the U.S. Congress, this idea that if we can be strong enough we can force the other side to do what we want. What often happens is you just get into an endless cycle."

On the cons of framing environmental struggles as wars:

"The basic analogy, whether it's about [Enbridge's Northern Gateway] pipeline or the oil sands, is that they're framed as a war -- a war in the sense that we have irreconcilable interests and either 'you're going to win or I'm going to win.' That's partly true, so it's not a stupid thing to say. In a sense, it is a war.

"In a war what you want to do is mobilize people around something specific. You want to get people into the battlefield against the pipeline or for the pipeline. I get the logic of that. I'm not saying its wrong. But what's the downside, and is there another way?

"The more narrowly you frame the fight the less opportunity there is to find a way out. So if we frame it as 'will there be a pipeline or not?'... then the room for finding a solution other than win/lose shrinks. That's the downside of fighting these things one battle at a time.

"It's only when you broaden the question [beyond that narrow fight] that you can find creative answers."