On a cold March afternoon in 2007, Bill McKibben made an important strategic declaration about his growing campaign to fight global warming. 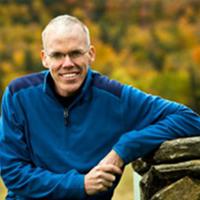 "It's important now to get everyone in the choir to sing at the top of their lungs," the environmental author and activist told a packed auditorium at New Hampshire's Dartmouth College.

After describing the imminent dangers of climate change, and the urgent need for a mass social movement capable of averting them, McKibben had been accused by an audience member of "preaching to the converted."

"How do you get to the other 95 per cent of the folks who drive SUVs and couldn't care less?" he was asked. McKibben seemed to suggest climate change could be fought without them. "Only if the choir sings five times louder is there any chance we'll get" federal action on climate change, he said.

More than six years later, political leaders in Canada and the U.S. hear McKibben's choir loud and clear. His campaign to block the Keystone XL pipeline, and the Canadian oil sands "carbon bomb" he claims it will detonate, has forced the issue onto President Barack Obama's second-term agenda.

Being heard by those in power is one thing. Actually achieving a future where global warming doesn't cook us all, as McKibben is well aware, presents much graver challenges.

Roughly half of North Americans, suggests recent public polling, don't accept the scientific consensus that humans are frying the climate. Any talk of wide-ranging carbon solutions similarly divides the halls of power in Ottawa and Washington.

But McKibben isn't worried about "too much polarization." Blocking climate progress are the fossil fuel companies he says have "more money than God." An ever-louder choir, he's convinced, must counter their immense political influence.

Some observers sympathetic to his cause now wonder, though, whether the opposite might be true: By singing "at the top of their lungs," have McKibben and his supporters become deaf to large sections of the public unconverted by their gospel?

And in so doing, have they ultimately made it harder to save planet Earth?

When McKibben spoke at Dartmouth College, he'd only recently picked up the activist mantle. Starting in 1989 with his seminal debut, The End of Nature, his reputation was built writing books about global warming's dangers.

By 2007, McKibben had grown frustrated. "We've heard the science, the economics, even the policy proposals," he told the Boston Globe. "The only part of the movement we haven't had is the movement itself. We've wasted 20 years."

McKibben was determined not to waste any more. The bestselling author criss-crossed the U.S., delivering rousing climate talks to readers and fans. Online, he inspired them to organize their own public events, hundreds in total.

His sober, but hopeful, narrative of grassroots change went global after he founded the advocacy group 350.org. In the lead-up to 2009's failed climate talks in Copenhagen, it helped catalyze over 5,200 protests in 181 countries.

But McKibben, like many others in the environmental movement, saw the collapse of U.S. cap-and-trade laws the year after as "profoundly depressing." Green groups had become disconnected from their popular base, he argued.

Their lobbying efforts proved no match for the planet's richest fossil fuel companies, in his opinion, or "the hard-right political edifice" in Washington, D.C., those companies had paid big money to erect.

"If the inside-the-Beltway [green] groups had been able to turn to a real grassroots activist movement," McKibben later wrote, cap-and-trade might have succeeded. The climate change choir he'd assembled needed to get louder than ever.

By the summer of 2011, McKibben had given it new reason to sing. Plans by TransCanada to build a pipeline from Canada's oil sands to Texas, he claimed, would light "a 1,500-mile fuse to the biggest carbon bomb on the continent."

In Washington, D.C., that August, McKibben and more than 1,200 of his supporters were arrested protesting the Keystone XL pipeline. Three months later, he turned out over 10,000 activists to encircle the White House.

Keystone XL has remained in political purgatory ever since. If President Obama rejects the project this fall, when he's expected to make a final decision, "that would be a significant global moment," McKibben told The Tyee.

"It would provide a legacy for [Obama]" on climate change, he went on, "and more importantly, it would, I think, help the U.S. reopen the door for serious international negotiations."

With so much at stake, anti-pipeline campaigners were thrilled when Obama declared last June that Keystone XL's "impact on the climate will be absolutely critical to deciding whether this project goes forward."

"Our fight just got bumped up to a whole new level," read an exuberant post on 350.org. Stumping for donations, the group promised to expand "an online, media and grassroots campaign" to stop Keystone XL.

Much less discussed by 350.org was that Obama also used his June climate speech to bolster first-ever climate regulations for coal, whose burning is to blame for nearly one-third of America's carbon emissions.

"These rules could trigger a really meaningful economic transition away from fossil fuels," said American University's Matthew Nisbet, who's studied McKibben's activism, "but everyone's focused on whether Obama approves the pipeline."

That oversight, he argues, could be dangerous for the climate. Less than one-quarter of Americans oppose Keystone XL, recent polling suggests. Yet they appear to be split more tightly on Obama's coal regulations.

Instead of building a strong centrist consensus in favour of those rules, Nisbet argues, McKibben is preaching an anti-pipeline gospel three-quarters of Americans may not be interested in hearing.

"I worry that's where the debate over the pipeline becomes distracting to a much more important policy goal," Nisbet told The Tyee.

Keystone XL would no doubt warm the climate. The oil sands crude it pumps into the U.S. could add 175 megatons of carbon to the atmosphere each year, University of Alberta business professor Andrew Leach has estimated.

"As a serious strategy for dealing with climate," University of California, San Diego climate-policy expert David Victor recently argued, "blocking Keystone is a waste of time. But as a strategy for arousing passion, it is dynamite."

In it, McKibben eloquently described planetary civilization on the brink of destruction. He then accused the fossil fuel industry -- "Public Enemy Number One," in his words -- of conspiring to push humanity over the edge.

"That narrative is great for activating the emotional commitment of the choir he's trying to reach," Nisbet said. "But if you put all the fossil fuel companies in the same box, do you close off the opportunity that some might want to change?"

McKibben and 350.org, along with the vast majority of climate policy thinkers, believe putting an economic price on North America's carbon emissions is one of the most effective ways to fight global warming.

In Canada, Prime Minister Harper's government has argued such a price will "kill and hurt Canadian families." The idea is no less toxic in the U.S., where leading Republicans claim it "would devastate an already struggling American economy."

Yet the same oil sands firms McKibben and his followers are fighting disagree. "We think a price should be put on carbon," an executive from Suncor, Canada's leading oil sands producer, told The Tyee last year.

At least six major fossil fuel firms, including BP and Shell, share Suncor's perspective. But McKibben is skeptical. "I haven't seen much evidence yet of progressive elements in the fossil fuel community," he told The Tyee.

In the meantime 350.org's choir sings the evils of the oil sands, industry-supporting politicians do the same for climate legislation, and BP, Shell, Suncor and others have little incentive to push carbon pricing politically.

"Anytime you get a black and white discussion," said Tom Pedersen, executive director of the University of Victoria's Pacific Institute for Climate Solutions, "there's no positive outcome from that, we're not going to find solutions."

Few things are more starkly black and white these days than public opinion on climate change. Only 58 per cent of Canadians think humans are warming the climate, polling suggests. Less than half of Americans may feel the same.

There's no simple explanation for these dismal numbers.

Well-financed campaigns by the likes of Exxon Mobil and Koch Industries that sow uncertainty about climate science are undoubtedly a factor, as are the politicians who echo their message.

But so too is the conviction that preaching loudly enough about global warming's dangers will mute the unconverted, suggests research by influential Yale University law and psychology professor Dan Kahan.

Every solution to global warming contains far-reaching assumptions about how the world should work, he argues. McKibben's fight against Keystone XL may appeal to those who believe in firm limits to current economic growth.

Many people, though, feel deeply affronted by that notion. And they may dismiss climate change's urgency, reads a 2011 paper co-written by Kahan, "in part because they associate the issue with antagonism to commerce and industry."

Singing "five times louder" about the evils of fossil fuel companies, then, is unlikely to change those people's minds. It might very well "deepen" their skepticism, Kahan argues, and ultimately make it harder to broker climate solutions.

What's clear is that no matter what Obama decides on Keystone XL this fall, humanity's fight against global warming is just beginning. The question is whether McKibben's choir has enough vocal strength to win it.