“BC Liberals are dedicated to establishing a New Era of health care in B.C... We are going to put people’s needs at the centre of health care again.” — Liberal Party platform, 2001.

A young woman is appalled she was left overnight in a Vancouver General Hospital gynaecology ward hallway, bleeding internally and in pain, with only a makeshift screen made of sheets tied to intravenous stands to protect her privacy.

It’s called “hallway medicine,” a practice condemned by doctors, nurses, hospital staff and the opposition, but increasingly common under the BC Liberal government that promised 16 years ago that “We are going to be sure that people have the care they need, when they need it, where they live.”

No — not even close.

“I’m appalled that anyone would be left in the hallway of a hospital but it’s especially appalling that someone in my condition was put in this situation,” says the woman, who asked not to be identified to protect her privacy around the health issue and for fear of employment repercussions.

“The doctors and nurses couldn’t even examine me because I’m in the hallway without any privacy — it was ridiculous,” the woman told me in an interview Saturday. “I felt unsafe and vulnerable, with people walking by all the time.”

“And I couldn’t sleep — with the lights on all night, nurses and staff talking, equipment noises — it made me feel even worse,” said the woman, who I knew before interviewing her for this column.

She adding that she did not have a call bell to ask for help and was told by apologetic nurses to bang on the wall for assistance. Despite all that, she says her medical treatment was appropriate, just not the location.

I found that out myself last October when I was asked to leave the VGH emergency room after tests and told to sit in the public lobby in a hospital gown before I was admitted to the cardiac care ward, where I was treated for five days.

But it’s not just emergency rooms — where recently several patients have died before receiving treatment — it’s also happening in other wards, like gynaecology.

Last month another woman suffering from internal bleeding spent three days in the hallway of Surrey Memorial Hospital and, despite undergoing a medical procedure under anesthesia, Karen Reid-Sidhu was returned to the hallway afterwards.

“The nurses kept apologizing. How sad is that?” she asked. “I was so cold in the hallways. And the air conditioning was blowing over my head. They had to give me medicine for a migraine. I asked my husband to bring me my down slippers because I was freezing.”

Reid-Sidhu also told the Surrey Now newspaper that she had counted 35 other people in makeshift hallway beds during her stay.

And in January, kidney patient Shawn Ponte was airlifted from Cranbrook to Kelowna General Hospital for treatment but spent five days in the hallway because there was no room for him. 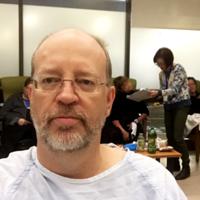 Experiencing Firsthand the Crisis in BC Emergency Rooms

Going “bonkers” from the noise in the hallway, Ponte posted videos on Facebook to express his outrage.

“It’s probably happened to other people, they just haven’t had the means to get it out there. And I finally stood up for myself and said, ‘Hey, enough is enough,’” Ponte told CTV News. “The hospital should treat their patients better.”

Ponte eventually was moved to a room. The hospital said his experience was unfortunate and that they try to minimize stays in hallways.

That’s far too polite. It shows that the BC Liberals, who promised better health care 16 years ago, are currently leaving appalled patients in hallways — and apparently could not care less.