When the next big financial crisis hits the world economy and Canadian banks are in distress -- as they were during the 2008 financial crisis -- the bank-using public will have plenty to worry about. 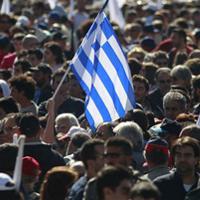 As we saw earlier in this series, it's hard to trust banks to protect our savings and investments when so many have behaved unethically, gambled extravagantly on exotic financial instruments and engaged in fraudulent activities.

Last week, U.S. regulators adopted the new Volcker rule, which bars American banks from several forms of conflict of interest, including trading securities for their own account or owning hedge or private-equity funds.

It, and similar new laws in Europe, will help, but they will not stop big banks and rogue investors that are determined to gamble and carry out illegal activities.

Meanwhile, governments themselves are the source of an altogether new threat to our bank accounts that Canadians should watch very carefully. Many, including the Harper Conservatives, are eyeing a new mechanism for rescuing banks whose rash behaviour gets them in trouble. It's called the "bail-in."

Stung by the political backlash against bank bailouts during the last recession, and now purporting to believe that banks should solve their own problems in times of distress, Western governments are in various stages of enacting legislation that will require banks to use depositors' funds instead of tax dollars to resolve the next global money crisis.

Under a "bail-in", banks that can't cover their debts are allowed to raise extra money through extraordinary measures, such as selling special bonds or, as banks in Cyprus did, even seizing depositors' funds.

The Harper government introduced Canada's "bail-in" procedure in Parliament on March 21 as part of the federal government's Economic Action Plan. It got little attention at first.

But when the Bank of Cyprus was allowed four days later to grab certain kinds of assets so it could survive, "bail-ins" became a hot topic everywhere.

More or less overnight, €4.1 billion (almost C$6 billion) was seized from uninsured depositors to help recapitalize the Bank of Cyprus and pay off the debts of another bank, Laiki, which has since closed. Large numbers of bonds were also seized. Some uninsured investors were expected to lose up to 40 per cent of their money.

People protested in the island's streets, but found they were pretty much powerless. Even the Cypriot Parliament was not allowed to vote on the confiscation measures: emergency laws gave the government the power to restrict all banking transactions. Cash withdrawals and the use of credit cards were prohibited. Public-sector pensions were slashed and welfare budgets reduced. The Cypriot government was forced to sell off valuable assets to help pay the national debt.

Having watched the banks destroy much of their economy in 2008, European leaders are now talking tough. "If there is a risk in a bank, our first question should be, 'Okay, what are you in the bank going to do about that? What can you do to recapitalize yourself?'," Jeroen Dijsselbloem, the Dutch chairman of the Eurozone said in March.

In June 2013, European countries agreed in Brussels that ordinary customers -- individuals and companies -- would have to help pay for bank bailouts in the future. The radical policy shift decreed that shareholders, bondholders and depositors with more than €100,000 ($146,000) should share the burden of saving a bank.

With striking coincidence of timing, very similar legislation has been presented in the parliaments of Canada, Australia and New Zealand and the United States Congress -- strongly suggesting some co-ordination at work and that the governments in question at least believe they have thought this through.

The Harper government's bail-in regime will apply only to the country's six largest, "systemically important" banks.

According to the Economic Action Plan, it "will be designed to ensure that, in the unlikely event that a systemically important bank depletes its capital, the bank can be recapitalized and returned to viability through the very rapid conversion of certain bank liabilities into regulatory capital.

"The government will consult stakeholders on how best to implement a bail-in regime in Canada," the Plan continued. "Implementation timelines will allow for a smooth transition for affected institutions, investors and other market participants."

According to Finance Minister Jim Flaherty, a bank will be allowed to issue so-called 'contingent capital bonds' -- bonds that, in a severe crisis, would automatically convert into equity shares in the bank (thus transforming them from balance-sheet liabilities into balance-sheet assets).

The plan suffers a plausibility gap: who will buy these contingent bonds, especially in a cash freeze amid a global financial crisis? What investor or corporation in their right mind would want to put millions of dollars into the bonds of a crippled bank? All the less if those bonds risk conversion into equity shares that pay no interest.

Banks would also be permitted to convert preferred shares (which typically pay pre-set dividends and are a drain on a company's cash flow) into common shares, thus further increasing their equity and reducing their costs at investors' expense.

Finance Minister Jim Flaherty adamantly claims that the government has no intention of allowing a "bail-in" to seize money from ordinary depositors' bank accounts.

In an email to CBC News, Dan Miles, Flaherty's director of communications, repeated the pledge: "The 'bail-in' scenario described in the budget has nothing to do with consumer deposits and they are not part of the 'bail-in' regime. Under a 'bail-in' arrangement, a failing financial institution has to tap into its own special reserves or assets (which it has been forced to put aside) to keep its operations going."

That may be the intent. But we saw in 2008 that when key banks were in trouble, their reserve holdings of only about 10 per cent of their total liabilities proved to be very little help. While the financial community insists that all of Canada's big banks are in good shape, all remain highly leveraged.

Given that Europe's policy protects depositors' first €100,000, it's a pretty safe bet that the Harper government will not touch the first $100,000 in accounts insured by the Canada Deposit Insurance Corporation. But many Canadians have more than $100,000 in the same bank account.

And asked whether uninsured amounts -- savings over $100,000 and accounts ineligible for CDIC coverage like mutual funds -- would be safe, Miles hedged. It was "premature," Flaherty's spokesman said, to speculate until Ottawa has a chance to consult with the banks and others.

That didn't silence speculation from one exceedingly well-informed source. Before leaving to take up his new job as the head of the Bank of England in London, former Bank of Canada governor Mark Carney suggested a bail-in program in Canada could indeed include raiding some types of deposits.

Anyone holding more than $100,000 in savings, chequing or short-term (under five-year) GIC accounts in a single Canadian bank might want to think about spreading their wealth around other banks or credit unions, to keep the amount they have exposed at any one institution below the insured limit.

At the first whisper that a "bail-in" may occur at a bank, it's a good bet that account holders will head for the hills. After European and Cypriot officials brutally seized peoples' money from accounts in the Bank of Cyprus, its remaining savers withdrew €4.1 billion during the first six months of this year -- despite efforts by authorities to put capital controls in place to prevent a run.

So far, the bail-in remains an untested theory in Canada. We can only hope it will never need to be tried.

Can Flaherty be trusted?

Flaherty insists he won't let banks take money from people's accounts. But the finance minister has a spotty record when it comes to telling us the truth about financial matters.

His claim that Canada's Big Five banks didn't need rescuing in 2008 turned out to be double talk. Both earlier and afterward, Flaherty failed to stop them from gouging Canadians to make back the money they had lost on bad loans and bad investments.

At the height of the crisis, Flaherty stood by the Big Five jacked up rates on variable mortgages and home-equity lines of credit. One bank even tried charging people a $35 inactivity fee if they let some accounts go too long without being used. Another bumped up its customers' credit card interest rate by five points if they missed two consecutive minimum payments -- making it that much harder for them to catch up to their debt.

The pugnacious MP for Whitby-Oshawa leads a ruthless financial administration which promotes the lie that Canada needs to practice austerity, while its corporate tax cuts have left lazy companies sitting on about $600 billion in uninvested capital -- an amount equal to nearly one-third of Canada's GDP.

Flaherty's neo-liberal economic beliefs and reflex support for corporate interests strongly indicate that when it comes down to a choice between the interests of people and those of corporations, he will side with business. In view of the banks' "systemic" importance, if conditions got really bad, Flaherty could argue that there was simply no alternative but to give them a lot of our savings.

Or to slightly rework an Orwellian rationale from the Vietnam era, that "we had to destroy Canadians' bank deposits in order to save them."

Tomorrow, the final instalment of this series: playing defense against risky banking.