Who are the real villains on Wall Street? When it comes to institutionalized greed and corruption, nothing tops the too-big-to-fail banks like JP Morgan Chase, Bank of America and Goldman Sachs. But these financial giants form only one part of the financial oligarchy. Lurking in the shadows are aggressive hedge funds that are just as lethal to our economic well-being. If Goldman Sachs is a vampire squid, as Rolling Stone columnist Matt Taibbi so aptly named it, then hedge funds are like schools of piranhas or sharks, eager to strip the financial carcass to the bone. 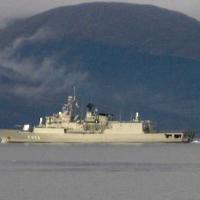 Europe's Own Arms Dealers and Loan Peddlers Took Down Greece

The sharks at this very moment are circling Greece, waiting to devour that nation's resources. To understand this attack we need to enter into the rotting innards of our financial system.

But aren't the Greeks lazy?

Let's starts with a closer look at why Greece has accumulated so much debt. The answer is not because they sit around sipping retsina rather than working. Instead it has everything to do with the attempt of Europe to improve the lot of the Greek people so they would embrace democracy. Let's not forget that from 1967 to 1974 Greece was ruled by a military junta that inflicted enormous pain on its people. Helping the Greek people escape poverty was critically important. Greece's entry into the European Union and the access to capital it provided, allowed the Greek people to rebuild the foundations of prosperity and democracy.

Of course, our vampire squid banks also played a critical role in exacerbating the debt problem. When Greece hit the debt limits set by the E.U., large U.S. banks profited mightily by structuring loans to Greece to skirt those rules.

But the biggest blow came from the 2008 financial crash, which was wholly caused by Wall Street's reckless gambling spree. When the world economy nearly collapsed into another Great Depression, the weaker economies in the E.U. took the biggest hit. Ireland, Portugal and Greece suffered enormous job loss and massive declines in tax revenues. These countries became the victims of the vast housing bubble that was pumped up by Wall Street's fantasy financial schemes. Yes, they had accumulated too much debt, but the problem would have been manageable were it not for the Wall Street-created crash.

APPEASE THE NEW GODS, RENT OUT THE ACROPOLIS

Greece's debt-crushed government is proposing one way to lighten the load. It's preparing to rent out ancient archeological sites to advertising firms, demonstrators and, who knows, maybe a hedge fund firm or two looking for a place to hold company parties.

According to this report, Greece's cultural ministry is prepared to pimp the Acropolis for around $2,000 a day.

"In recent decades," says the news item, "only a select few people, including Greek-Canadian filmmaker Nia Vardalos and the American director Francis Ford Coppola, have been able to use the Acropolis, while most filming and advertising requests have been refused." Say goodbye to Greece Classic.

Hedge funds are lightly regulated, privately managed investment funds created and designed for the super-rich, who expect to get much higher rates of return than the rest of us. While you and I are lucky to see a two per cent increase in our retirement portfolios, hedge funds hope to see gains far in excess of 10 per cent. Pension funds and endowments have also followed the super-rich into these funds to gain access to these outsized returns. There are 8,000 or so hedge funds that now manage a total of nearly $2 trillion.

But making these super-profits doesn't come easy. Hedge funds don't just get lucky on a few stocks or bonds. They look for an edge, and more than a few go over the edge by engaging in criminal activity like insider trading. Others hope to get to the Promised Land by being tough SOBs who don't think twice about impoverishing people. Those SOB hedge funds are circling Greece right now, doing all they can to get their hands on the money the European Union wants to lend Greece to reduce its long-term debt problems.

Here's the play: Greece does not have enough money to pay off the loans that are coming due in the next year. So the E.U. and the International Monetary Fund have assembled a bailout package to help Greece make those payments. In exchange, the Greek people are being asked to suffer through enormous cuts in government spending -- which means cuts in jobs, incomes, healthcare, pensions and public education. Everyday citizens are making enormous sacrifices.

But the European Union also insists that the bond holders of Greek debt take a hit. After all, under the supposed rules of capitalism, if you make a bad loan, you suffer the losses. So the E.U. wants to recall the old bonds and replace them with new ones at lower interest rates more suited to Greece's financial condition. Imagine that! Financial elites are being asked to sacrifice a bit to pay for the problems they helped to create.

Well guess what? The elites don't like it. You see, hedge funds have been buying up Greek bonds at steep discounts. They want to milk the deal for as much as possible. So they are refusing to accept what the E.U. is offering. The hedge funds want to capture as much of the bailout money as possible. They could care less if the Greek people suffer. (Think Bain.)

Here's where we dive into rotten core of "modern finance." These hedge funds think they have covered their bets by taking out financial insurance on their bonds, which would pay them the full value of the bonds (not just the discounted price) if Greece defaults. (These insurance policies are called credit default swaps, and are issued usually by big banks that profit on the insurance premiums.)

So the hedge funds that are playing hardball think they have their bets covered. If Greece doesn't give them a better deal on their bonds, the hedge funds will welcome a default in order to collect fully on their financial insurance policies.

There's only one little problem: The entire financial system might collapse, including our own, if Greece defaults. That's because no one is sure if all the financial insurance can actually be paid off. It could be like AIG all over again, when that giant insurance company couldn't pay off its financial insurance policies. If one big bank fails to deliver it could set off a chain reaction of financial defaults around the globe.

As Marshall Auerback, my financial guru, points out, it's very much like exercising the nuclear option.

"In the old days, bankers basically didn't bet against their clients. If the borrower was successful, the banker was successful as the loan made money. If you thought the credit risk was bad, you didn't hedge it by buying a credit default swap; you simply refused to extend the loan (or demanded a lot of collateral against which the loan was secured). Nowadays, no credit analysis is done and 'hedging' is done through these toxic instruments which have no social value and create a hugely destabilizing financial system."

To put it more bluntly, the sharks are using financial nuclear blackmail to milk billions out of the Greek people. They can get away with it because the E.U. and America are enormously fearful that a Greek default will vaporize the global financial system -- yet again.

Hopefully one day Occupy Wall Street will grow into a movement larger enough to end this financial terrorism. Until then, we can expect the Greek people to transfer much of their remaining wealth to these amoral and destructive hedge funds.