Samantha Cocker has worked in Indigenous child welfare and family services in British Columbia for more than 20 years.

But it’s never been a more interesting time to work in the field, she says.

Cocker was recently hired as the new deputy representative for advocacy and First Nations, Métis and Inuit relations in the Representative for Children and Youth office, the independent watchdog over the B.C. government’s services for children and youth.

Her appointment comes at a time of change. Last year, federal legislation returned control over child welfare to Indigenous nations, and funding to allow Indigenous communities to create their own child welfare systems was recently announced. Sweeping changes to child welfare delivery in B.C. and Canada are not far behind, Cocker says.

“There’ll be lots of changes with communities taking over what’s inherently theirs to begin with: the jurisdiction of child welfare,” said Cocker, whose heritage is Cree and Scottish.

A Canadian Human Rights Tribunal decision last fall has also shaken up Canada’s Indigenous child welfare systems. It ruled the federal government must pay youth and families tens of thousands of dollars if children were taken into care.

She’s had a front-row seat to the “overly involved” relationship between child welfare and Indigenous people. About 66 per cent of the 6,000 children in B.C.’s care are Indigenous.

Cocker spoke to The Tyee about the importance of building relationships with and taking direction from Indigenous communities; supporting youth leaving care; and her new role in helping hold the child welfare system accountable.

“I think there’s a bit of freedom in that, in being able to really work together with everyone that’s part of the system to try and create the change that’s required of us,” she said. The interview has been lightly edited for length and clarity. 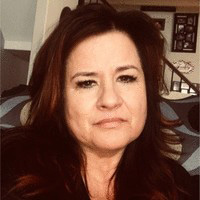 Samantha Cocker: ‘The systems have not been set up to support Indigenous children, youth and families in a good way, historically.’

The Tyee: What does your past experience delivering services bring to your new job?

Cocker: I’ve been in the human service field for over 35 years and in child welfare specifically for over 20 years, having a combination of experience with Delegated Aboriginal Agencies and MCFD [the Ministry of Children and Family Development], as well as working with programs for families of domestic violence and children who witness violence.

All of that has gifted me lots of teachings through the years around the importance of listening to people. And I’ve been privileged to work in different parts of the province, so have lots of teachings from different nations and different groups in the North, in the Interior, in the Lower Mainland, on the Island.

That diversity of perspective has been helpful for me in my career, and being part of the delegated agencies and working closely with the federal government around the Canadian Human Rights Tribunal and understanding all of those pieces about upholding the inherent rights of our children, youth and young adults in this province, I think has helped me.

What did you do before you started working in child welfare?

I worked in the school system with children with disabilities, I was a special education assistant. I worked with disabled adults. I ran a program for women in addictions whose children were at risk of coming into care. And did lots of work in transition houses, family violence, that sort of stuff.

Given your previous experience working with Indigenous communities, why is your new position’s focus on First Nations, Métis and Inuit relations important?

The systems have not been set up to support Indigenous children, youth and families in a good way, historically. And we need to focus there for that practice to really shift.

When we shift our practice perspective in that way, it helps us from the very beginning phone call to say, “What can we do to not be involved, or to be involved in a way that’s helpful and not harmful?” Because I do believe that our systems have become overly involved. It’s important for us to focus there so we get it right. When we do that, and when we ensure culturally competent and culturally safe services and supports, then that’s going to benefit all of the children in this province, because everyone has a culture that they come from.

What do you see as the representative’s office’s role in the transition of jurisdiction over child welfare back to Indigenous communities?

I see that really being a supportive role and listening to what the needs are, what the wishes are. Whether it’s Métis Nation BC or in individual communities or nations throughout our province, I feel that we take our lead from them and support their efforts in the best way that we can. Whether it’s holding ourselves accountable or holding other systems accountable to the change that’s required.

How will you include Indigenous communities in the office’s work?

The priority for me always is bringing people together and listening, and in my work throughout my career it’s been very important to me. I am not the person who should be setting priorities or deciding how we proceed as a division within the representative’s office.

That always needs to be done with the nations. Nothing about them without them. We need to bring them to the table. We need to be shoulder to shoulder, and in step with them and be their allies through this change in all ways that we can.

What is your role in expanding the representative office’s reach to youth and young adults transitioning out of care?

The Representative for Children and Youth’s mandate was expanded in July 2019 to include youth in or from care who are eligible for Agreements with Young Adults or part of the tuition waiver program.

Within the Ministry of Children and Family Development, the Agreements with Young Adults program has been extended to the age of 27. And currently the representative’s mandate is for youth up to age 24. There’s a desire to ensure our timelines are the same, that we’re able to support youth who are on youth agreements or the tuition program up to age 27. So it will be part of my role to work with the advocacy team to get those amendments through.

Why do you see that as important? A lot of people would say “Well, you’re an adult by 27.”

I think we’ve learned a lot over the years, especially with neurology and trauma-informed practice, that for a seemingly average child or youth who’s been brought up without trauma, brain development doesn’t fully occur until they’re 25. As a mother of a 33-year-old daughter and two grandchildren, I couldn’t imagine even at 33 for her to never have a home to come back to, or someone to reach out to.

Many of the youth in and from care have had very traumatic experiences in their life — just being in care is traumatic, never mind the situations or circumstances that put them there. And so not having someone they can reach out to and have support from, whether it’s going to school or getting a trade or just dealing with their mental health concerns or life skills issues, just really helping them become independent and self-sufficient. Twenty-seven maybe isn’t even old enough.

How will you engage with youth from care to design the office’s approach to supporting youth transition from care to independence?

I think the Representative for Children and Youth has done a good job so far, with several youth outreach programs and conferences, and my hope is that that will continue. And First Call: BC Child and Youth Advocacy Coalition, we’ve had lots of interaction with them, the representative has, and I have in my current role. They have a really great way to reach out to and bring the youth in.

I feel that our relationship with the Delegated Aboriginal Agencies and to be able to connect with the youth in and from care who were served by them will be very important.

And just working really hard to make sure that the office is viewed by our youth and young adults as a safe and supportive place to come. So that when we do reach out, they feel like they want to be there. I think always doing what we can to get the word out that we’re there for them and wanting to hear from them and do what we can to support them.

Do you have personal goals for this position? 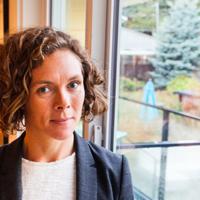 I think because it’s new and I’m not really in it yet, my personal goal right now is to learn and to listen. I was given a teaching a long time ago that we have two ears and one mouth for a reason, and it’s to listen more and talk less. And so I’m really interested in developing the relationships with the staff of the Representative for Children and Youth and listening to them about the experiences they’ve had and where they think things could grow and change and be different.

But even more importantly, I’m very interested in listening to and hearing from the children, youth and young adults who we’re there to serve and support and the leadership in our province around how we can do better for them.

Personally, my drive in all of my work is to have better outcomes for children, youth and families, especially Indigenous children, youth and families. Being a child product of the system, in many ways, and being disconnected from my community and culture as a young child, I understand identity and knowing where you come from and who you belong to is so critical and key to your well-being. It’s a passion and a personal goal for me to have those better outcomes for our children and youth. So that they do know who they are and where they come from.