Anita Shen spent two years in nursing school, first at Langara College and then the BC Institute of Technology, applying for scholarships and bursaries to supplement student loans.

“There was one term I remember applying for seven different bursaries and scholarships, and you put an essay into each one, you put your heart and soul into it, you get references,” said Shen, 26, who uses they/them pronouns.

“And then most of them didn’t even get back to me.”

Shen had spent years in government care. But because they left the system at 17, Shen couldn’t apply for free tuition. That was only open to youths who had aged out of care at 19.

One of the NDP government’s first acts was to expand education support for former children in care, including changes that would allow Shen to attend school without paying tuition fees.

But almost two years later, the number of youths from care pursuing post-secondary education or skills training has shown only small increases.

Most children growing up in families — certainly not all — can count on support as they attend post-secondary school or do trades training or just find their way in the world. Parents might help with tuition, offer a place to live or do laundry, provide advice and encouragement.

But kids in care have been basically left to make their own way when they turned 19.

Some schools, like Vancouver Island University and the University of British Columbia, voluntarily introduced tuition waiver programs for kids from care.

But in 2017 the NDP government required all 25 public postsecondary schools and 10 union trades schools to waive tuition fees for youth who have been in government care.

Any youths between 19 and 26 who had been in any kind of government care (including adoption) for at least 24 months were eligible. More than 800 youths from care are studying tuition-free thanks to the program.

But tuition is typically just one-third of post-secondary students’ expenses. Rent, books, technology, clothes, transit, groceries, entertainment and childcare all have to be paid for.

While some students work while studying, programs like nursing may be too demanding to allow that. And most part-time jobs don’t pay enough to cover expenses.

The Youth Educational Assistance Fund provides up to $5,500 per academic year for four years. But the stringent rules around eligibility resulted in only 210 youth from care receiving support in the 2017/18 school year.

The Agreements with Young Adults program is much broader, providing youth from care with up to $1,250 a month for 48 months to cover extra expenses when attending a post-secondary school or life skills or detox program.

The government expanded the Agreements with Young Adults program in 2018, providing an additional $30 million over three years. Changes included offering an extra year of support, until people turned 27. It also increased maximum monthly payments to $1,250 from $1,000 and extended aid to a full calendar year from the previous eight-month annual limit.

The ministry says about 7,300 youth from care are eligible for an Adolescent Youth Agreement.

But only 994 of them — 14 per cent of those eligible — were receiving support under the program in March. Another 201 youth were registered, but did not receive money because they weren’t in school or life skills, or detox programs.

There are a few reasons for this low uptake. Government admits not enough youth know the program even exists.

And only one-third of kids from care have a high school diploma by they time they turn 19, restricting access to postsecondary schools.

But some youth from care argue the problem is the program’s strict eligibility criteria and a lack of information.

TJ (not his real name) only discovered he qualified for a tuition waiver after attending Vancouver Island University for two years, even though it was the first B.C. school to introduce a tuition waiver for youth from care in 2013.

The school’s financial aid office knew about his child welfare experience, he said, but had not told him about the chance to avoid tuition fees as his student loans mounted.

And, like Shen, he left care before he turned 19, making him ineligible for support under the Agreements with Young Adults program. TJ says he was forced out of care and Shen says they left voluntarily, both at age 17.

Shen said the $1,250 a month would make a big difference. “It would cover part of my rent,” they said. “It would make things easier.”

For TJ, the funding would have let him move closer to school and out of a tense family home situation much sooner. Over an hour away from school by car, TJ would often skip lectures and do readings at home.

“I wouldn’t have to keep putting myself in debt just to be able to live,” he said.

TJ applied for support under the program two years ago on the advice of his Vancouver Island University financial advisor.

“She mentioned that me being removed from care earlier than I should have would be reason for me to appeal if they did not let me have it,” he said.

But not only was TJ rejected, he wasn’t even allowed to appeal the decision.

“I was really upset,” he said. Applying for funding based on his status as a former kid in care has been a “total nightmare,” he added.

“I remember thinking in my second year of school that being in care was a curse that has kept following me,” TJ said, “still having to jump through so many hoops, and still dealing with rejection and feeling I don’t belong anywhere because I’m not the ‘standard kid in care.’”

Family policy researcher Lynell Anderson has heard similar criticisms of the Agreements with Young Adults program before. Anderson and Simon Fraser University economist Marvin Shaffer researched and wrote the 2016 Opportunities in Transition report for the Vancouver Foundation’s Fostering Change initiative. It analyzed the costs and benefits associated with cutting off automatic supports when youth age out of care at 19 compared with extending them until 24.

The study found that extending a basic package of supports for youth, including a revamped support program that would provide up to $15,600 annually at 19 and reduce to $8,000 by 24 as youth mature into the working world; an expanded tuition waiver; and increased funding for organizations providing mentorship and support for youth aging out of care, would not only save government money but provide youth from care a much better chance at academic and career success.

This basic package would cost approximately $99,000 per youth.

“Studies in other jurisdictions suggest that the benefits of improved educational outcomes from increased support will, in themselves, pay for the incremental funding requirements,” the report noted.

Lynell and Schaffer estimated that cutting off supports at 19, which often leads to increased risk of criminal activity, hospitalization, addictions, unemployment and a lack of education — costs the provincial government between $222,000 and $268,000 for every youth who ages out of care without supports.

“What we learned from the research is that in order to support youth, supports need to be flexible and they need to be available over a significant period of time — several years — and youth need to be very comfortable and familiar with those supports,” Anderson said.

“Our recommendation is to build from what exists, so that you can take the AYA program and expand it to make it more flexible more generous and to making a longer lasting support.”

It’s not clear what drove the increase.

A spokesperson for the Ministry of Children and Family Development said in an emailed statement that the ministry is consulting youth and others involved in the child welfare system to improve the program.

The ministry has held 36 meetings around B.C. so far, soliciting feedback from nearly 350 people involved in child welfare, including 36 youth.

“These engagements are helping us find new ways to make the AYA program more inclusive with even more flexibility to ensure all youth in and from care can access the right supports when they need them,” the emailed statement read.

A report on the engagement sessions included people’s criticisms of the program’s restrictive eligibility requirements, including the requirement that youth had been in care when they turned 19. 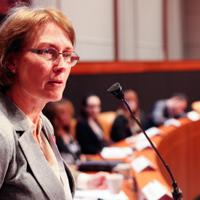 Were You Ready to 'Adult' at 19? Should We Expect Foster Kids to Be?

Other criticisms included the concern that the maximum $1,250 monthly support is too low; the list of eligible life skills programs too narrow; and the program too “punitive,” as support can be cut off if grades are too low, adding more stress to the already stressful situation of post-secondary schooling.

“We are exploring ways to make some changes now based on this feedback. Further consultation will help inform proposals for government in the coming months,” reads the ministry’s emailed statement.

TJ received a disability grant from the Ministry of Social Development last year that provided $2,000 per semester for two semesters. That allowed him to move closer to school, renew his car insurance and pay for gas. 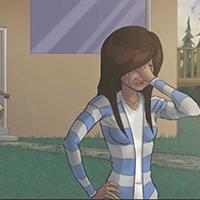 Support for Youth ‘Aging Out’ of Care Could Save $200 Million a Year: Report

Both Shen and TJ want government to loosen the restrictions on Agreements with Young Adults program eligibility.

“I remember hearing that the officials at MCFD were upset about the fact that not enough people were taking advantage of it,” TJ said. “And for me that was like a no-brainer, with how strict it is there’s so many kids that aren’t going to be eligible for it.”

“They could definitely stand to open it up a little to different situations.”

Shen points out that a lot of kids from care don’t have the same level of family support that others enjoy when going to school.

“I feel like I have no backup plans. My friends are my family, I’m not in contact with my biological family,” said Shen.

“It really feels like I have to apply, ask, and really beg for any supports — and to have actually heard of them first.”