The well-established but unregulated sector faces new challenges as marijuana is legalized.

Craft growers aren’t even allowed to apply for the right to sell pot to legal outlets until mid-October, while large commercial producers have already signed supply contracts.

The growers are also dealing with new restrictions on agricultural land use and underdeveloped — or hostile — municipal zoning regulations.

“The combination of the federal government’s legislation and regulations and B.C.’s direction are going to kill B.C.’s small, community-based craft cannabis,” said Ian Dawkins of the Cannabis Commerce Association of Canada in an open letter to federal and provincial politicians.

“Recreational cannabis will be available, but consumers shouldn’t expect the same quality product that they're used to buying from local dispensaries,” said James Walsh, a B.C.-based cannabis consultant who recently co-founded the BC Micro License Association.

Licensed producers will grow cannabis on a large-scale, and the quality, variety and potency of accessible products will fall significantly in the new LDB-regulated retailers, he said.

Walsh said the quality of locally produced cannabis, recognized around the world as “BC Bud,” is a product of British Columbia’s illicit craft cannabis sector. Any cannabis currently being sold in more than 100 Vancouver dispensaries was grown in a black market garden or by a designated person under the Access to Cannabis for Medical Purposes Regulations Act, who then sold it to dispensaries illegally.

“Because of this reality, Vancouverites are spoiled with easy access to hundreds of high quality strains,” he said.

According to the Craft Cannabis Association of BC, the sector supplies up to 70 per cent of Canada’s cannabis, employs more than 14,000 people full-time and is B.C.’s largest cash crop.

The Federal Cannabis Act, Bill C-45, introduced a new licensing-regime for small producers. Health Canada’s regulations will allow licensing of micro-producers (with a maximum canopy of 200 square metres), and micro processors (of up to 600 kilograms per year).

“It’s our opinion that the majority of people applying for micro licences are already running successful unregulated businesses,” Walsh said. “They want to convert to a legal system.”

But the federal government will not start accepting micro-licence applications until mid-October, Walsh said.

Until then craft producers are unable to sign supply agreements with provincial distribution bodies or register their corporations for other services they will legally require.

“This risk of waiting too long could be disastrous,” Walsh said. “We risk losing out on potential supply contracts with provinces across Canada.”

Craft producers also have to secure land in the Agricultural Land Reserve (ALR) or get a municipal business license before applying for a licence. The ALR is a provincially regulated land-use zone that prioritizes agricultural use.

In 2015, the BC Liberal government amended the Agricultural Land Reserve regulations to identify federally licensed medical marijuana production as a farm use in the ALR. Local government could regulate, but not prohibit the operations.

“Many B.C. municipalities were resentful of the decision,” said Kerry Jang, Vancouver councillor and executive member of the Union of BC Municipalities (UBCM).

Newt medical marijuana facilities took the form of “giant concrete bunkers.” Arable ALR land was excavated, concrete bases were poured and greenhouses were built on top of them. It became an issue of food security, soil management, and conservation, he said.

With legalization on the horizon, the City of Pitt Meadows reported a massive influx of non-medicinal cannabis producers hoping to grow on ALR land. Councillors fear that it will result in more “concrete bunkers” being built, said Jang.

The cities of Surrey, Delta and Richmond have expressed similar concerns.

On July 13 the provincial government announced that local and Indigenous governments can prohibit “cement-based, industrial-style, cannabis-production bunkers on ALR land in their communities.”

However, cannabis can be lawfully grown on ALR land if it is grown in an open field or in a structure with a soil base. But Walsh says it is not feasible to grow pot directly out of the ground in the Lower Mainland.

“Pot does not grow well out of the soil in the Lower Mainland,” he said. “Traditionally it rots on the vine and creates serious hygienic challenges because producers cannot control the elements.”

Grow ops typically use a hydroponic system and a concrete floor.

If craft cannabis growers decide not to operate on ALR land, they can obtain a business license if they can find appropriately zoned land. Currently, most municipalities don’t have zoning that allows for small-scale recreational cannabis growth.

Jang encourages micro-growers to request that their proposed grow ops be rezoned for specialized use. But Maple Ridge Councillor Craig Speirs said municipal bylaws allowing micro-growers to operate legally there won’t roll out before Oct.17.

The “Not in my Backyard” mindset and misplaced fears around cannabis cultivation prevent many craft growers from operating in commercial and industrial zones, said the Craft Cannabis Association of BC. 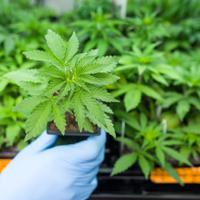 “Local politicians aren’t adequately addressing these issues because being friendly to the pot industry may cause political harm in the upcoming local elections,” added Speirs. “It boils down to pot prejudice.”

If a brightly lighted greenhouse is growing tomatoes, neighbours and local governments don’t care, he says.But if it’s pot-related, the glow in the sky becomes “poisonous.” People complain and it becomes a political problem, he added.

“The last thing I want to do is give our manufacturing capability to a licensed producer based in Ontario or Quebec,” he added. “But I understand this is going to be a culture shock for many local governments. The federal government has lied to our society for decades about the negative effects of cannabis.”

“It’s hard to normalize recreational cannabis, but I believe it will happen eventually.”