There are currently protest homeless encampments on each end of Metro Vancouver with dozens of people pitching tents — just a fraction of the thousands in the region experiencing homelessness.

In the lead up to the provincial election on May 9, homelessness and poverty have barely been raised as issues on the campaign trail or during the three party leader debates. A year ago, voters placed housing and homelessness as their top election issue — above the economy.

Residents of tent cities are feeling disenfranchised, saying neither of the two major parties address their needs in the party platforms, says Ivan Drury of Alliance Against Displacement, a group supporting the encampments, and a tent city dweller in Maple Ridge.

“In the party programs, neither the Liberals or NDP are proposing anything to ameliorate the suffering of homeless people,” says Drury, one of 40 people at the Anita Place tent city in Maple Ridge, the city that has seen three housing and shelter proposals rejected by the province in the last two years.

The only low-barrier emergency shelter in Maple Ridge, run by Raincity Housing, will shut down on May 31.

Over in Vancouver, the “10-Year Tent City” popped up in the last week of April at the same empty, city-owned lot that saw a pre-Olympics protest camp a decade prior. The camps were created for two reasons: to give homeless people safety in numbers and to make the crisis on the streets visible as the election looms.

“The Metro Vancouver homeless count found more than 70 temporary camps as well as [3,600] homeless people,” says Maria Wallstam, Alliance Against Displacement organizer, in a release. “We are calling on the City of Vancouver to stand with the 10-Year Tent City demand for a provincial social housing program to build 10,000 units of social housing every year and end, not normalize, homelessness.”

The BC Liberal Party platform mentions the word homelessness only twice — under its accomplishments section. It says it provided $7 million to the Community Poverty Reduction Fund to support the development and implementation of poverty reduction strategies.

In a media interview, BC Liberal leader Christy Clark said her party’s poverty reduction plan is its jobs plan, LIFT: A Plan to Support People and Reduce Poverty. But this plan lacks specific targets or timelines.

The Liberals won’t increase the welfare rate of $610 a month — frozen for 10 years — but have committed to increasing disability rates by $50 a month.

As for housing the homeless, the province notes a recent commitment of $65 million to buy, renovate, and construct another 360 units of housing “for those people experiencing mental health or addictions issues, who are homeless or at risk of homelessness.”

John Horgan’s BC NDP promises to raise welfare and disability rates by $100 a month. The party has promised to implement a poverty reduction plan with progress benchmarks, as B.C. is the only province without such a strategy.

The NDP says it will build 11,400 rental, social, non-profit, co-op and owner-purchase units every year for the next 10 years. But the party does not define what “affordable” means in the context of people living below the poverty line. The party says it intends to create a Homelessness Action Plan, a ministry of mental health and addictions, and institute a province-wide homeless count.

Meanwhile, Andrew Weaver’s BC Green Party has committed to build 4,000 new units of affordable housing per year, invest $100 million per year to renovate social housing units, and to also create a ministry for mental health and addictions.

The Green Party wants to implement a poverty reduction plan too, including benchmarks for progress. It also commits to raising the welfare rate to $915 a month, and disability rates to $1,549 a month, by 2020.

There are more people experiencing homelessness and dying from it than any other year on record in B.C. 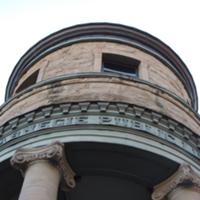 Three cities outside of Vancouver saw a triple-digit spike in this year’s homeless count compared to the last one three years ago: the Tri-Cities (113 per cent); Langley (124 per cent); and Delta (142 per cent).

Advocates and researchers say at least $36 million is required to alleviate homelessness in B.C., as well as 10,000 new units of housing annually that people getting off the streets can afford to call home.

Meanwhile, people in the Maple Ridge camp have endured thunderstorms and are trying to work with the authorities to stay open.

But “people feel disenfranchised and unrepresented,” says Drury. Politicians are “trying to bury the issue or normalize it — the new normal of society.” “The future of British Columbia is a horrifying division of wealth. We’re just not going to accept that.”