Parents of children with special needs aren’t counting on a brighter future for their kids as a result of the deal to restore class size and composition provisions stripped from teachers’ contracts.

BC Teachers’ Federation head Glen Hansman said he thinks special needs students stand to gain the most from the Supreme Court of Canada decision that led to restoration of provisions cut from contracts in 2002.

“Class sizes are going to come down quite dramatically in some situations,” said Hansman, himself a former special needs resource teacher. “That will mean that the average classroom teacher, whether it’s elementary or secondary, will be able to provide more individualized attention.”

But not all parents expect the restored language and hundreds of millions of dollars in additional funding will be enough to help their children.

“I fundamentally don’t believe, at least in [my kids’] experience, that the restoration of funding to the levels from over a decade ago is going to be able to do... a really great job of supporting them in the near future,” said Tovah Paglaro, a mother of three children, two with learning differences.

But without additional money and changes to how special needs students are funded, not one of the three parents of special needs kids The Tyee interviewed held out much hope for positive change.

Having gone private, parent wary of moving back

A staunch supporter of public education, Paglaro made the difficult decision two years ago to move her children into a private school because needs due to her son’s Attention Deficit Hyper-Activity Disorder and her daughter’s anxiety weren’t being met.

The change in her kids was almost instantaneous, she said. “I watched my kids who were absolutely withering, and whose sense of self was constantly being eroded, turn into these vibrant, creative, excited kids who bounce out of bed in the morning and are doing incredible presentations, and are learning and growing. It’s a world of difference,” she said.

Now her daughter’s Grade 3 class has nine other students, while her son’s Grade 6 class has two teachers for 20 students — up to 12 fewer students per class than restored class size caps in the public system.

But while her kids are excelling in private school, Paglaro and her ex-husband struggle to afford tuition. She works three jobs — one full-time and two part-time — to make ends meet.

“It’s not easy, but we have the resources to be able to do it. And not everybody does, no matter how hard or how many jobs they work, they just don’t. And it’s not fair,” she said, adding she blames an under-resourced public system, not school staff, for failing to support her kids.

Former teacher Lia Bisson can’t afford private school. Bisson had to quit her job in 2013 due to post-traumatic stress disorder she said was caused by having too many students per class, many with special needs, without adequate resources.

She hasn’t been back to work because of her mental health and her seven-year-old son’s attachment disorder, severe sensory processing disorder and anxiety.

His issues at school include extreme forgetfulness and daily violent attacks against his younger brother on the playground.

While his current Grade 2 teacher has adapted to her son’s forgetfulness, Bisson said his previous school wasn’t supportive, blaming her for his problems instead.

“There’s a lot of judgment placed on parents of special needs kids, and a lot of preconceived ideas that come when your children have special needs,” she said.

One parent, who asked not to be named because of ongoing involvement with the Ministry of Children and Family Development, believes her eldest daughter, 11, won’t benefit from the restored language because she’s already in a class with fewer than 10 students, a teacher and five support workers.

“The school can’t handle [my eldest], and they’re trained in this,” she said, adding her daughter, who takes medication for bipolar disorder and schizophrenia, is frequently sent home from school for violent outbursts.

But it’s a different story for her nine-year-old daughter. 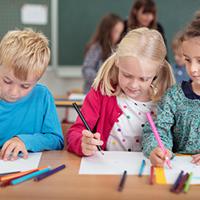 “She’s at a second grade [comprehension] level and in fourth grade,” she said, adding she doesn’t receive additional special needs funding. The nine-year-old will likely get more one-on-one attention from the teacher as a result of the restored language, but she and her mom want her to be held back a grade. Yet the school refuses.

“I would like the school to let the parent have some say so in what happens,” she said, adding she isn’t confident the restored language will benefit anyone beyond the teachers. “If she’s asking to be held back, then I feel like they should listen to the child.”

“If just the bare minimum funding to implement the [contract] language is provided, then there are still potentially going to be situations where children will be on waitlists for a long time to get assessed, and when they do get assessed, maybe there aren’t enough adults around to actually implement the full extent of the recommendations,” he said.

In an emailed statement to The Tyee, a Ministry of Education spokesperson said the ministry would fully fund the return of class composition, size and staffing levels, on top of the $740 million over three years in additional operating funds promised in this year’s budget.

“That is in addition to $400 million in previously announced increases that have yet to enter the system. Added together, B.C.’s education system will benefit from an additional $1.1 billion in funding over the next three years,” the statement read.

The teachers and government plan to convene a committee to bring 15-year-old contract language up-to-date with what we know today about special needs education and designations, as well as how composition levels should impact class sizes.

Two of the three parents who spoke to The Tyee said the only special need well-served by the current system is autism, for which there seems to be a lot of supports and resources in public schools and the wider community. If your child isn’t autistic, they said, there’s little available in the way of help.

“That is certainly true,” said professor Linda Siegel, who specializes in dyslexia and learning disabilities in the University of British Columbia’s department of Educational and Counselling Psychology, and Special Education.

“I could go on and on and describe cases of children who have severe dyslexia and the school system in Vancouver, for example — but it happens in many places — cannot accommodate them. And they are advised to go to a private school, a school for children with language learning disabilities, and in many cases the parents can’t afford it.”

Paglaro would like to return her kids to the public system, but plans to wait for “word of mouth, especially from the teacher community, about whether they have the resources to be able to do a good job,” she said. “I have more empathy for the teachers than anyone else.”